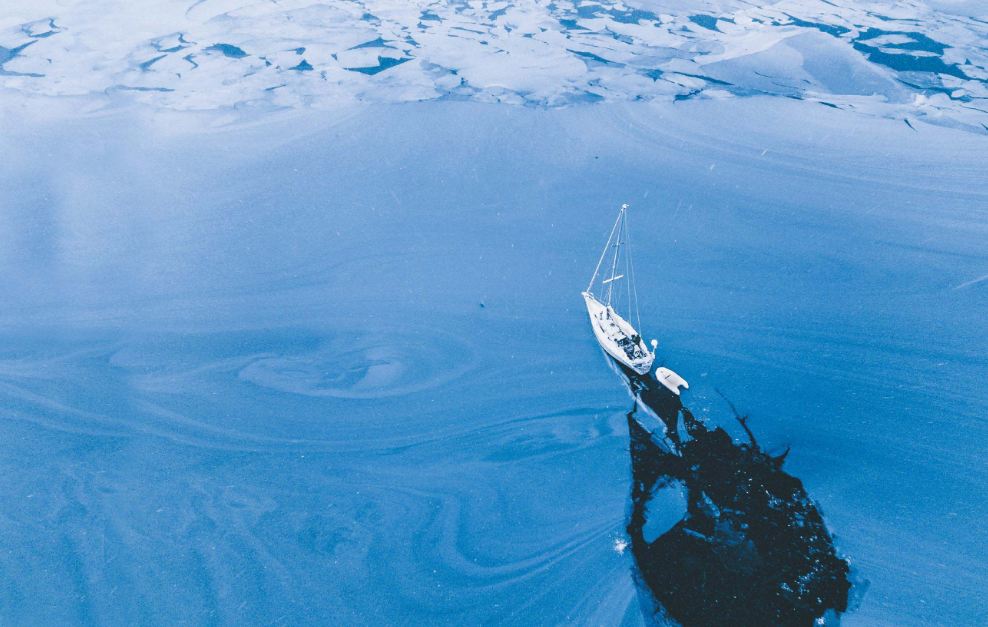 AN ORDINARY BOAT CAN ENABLE EXTRAORDINARY THINGS.SKIER AND SAILOR JUHO KARHU HAS SPENT TWO WINTERS IN THE ARCTIC CIRCLE ON BOARD HIS BENETEAU IDYLLE.

Picture this: clad in a hat, down jacket and carpet slippers, a sailor sits cross-legged on the bow of his anchored yacht. In the background, across limpid, wintry water, a low tundra rises, rolling towards the snow-shrouded hills beyond.

The sailor is Juho Karhu, and the boat a 1986 Beneteau Idylle 11.50 named Sylvia. For the past year and a half, they have been cruising the waters north of the Arctic Circle, at times accompanied by friends. Juho, 33, grew up in eastern Finland and is a keen skier who honed his skills while living and studying in Austria and in previous visits to the Arctic.

“While skiing on the coastal mountains I always kept looking at the islands further out in the sea,” said Juho. “I could see there was good skiing, but it was inaccessible without a boat.”

Sylvia is his golden ticket to sail, kitesurf and ski in some of the most remote spots on the planet.

“When I picked up sailing I really got into it and started racing immediately,” he explained. “I spent a season in Sydney sailing a Laser dinghy. I crewed on different kinds of boats, and we also had an active match racing team, which I skippered for two seasons. Although we did train a lot, it was never really that serious.” 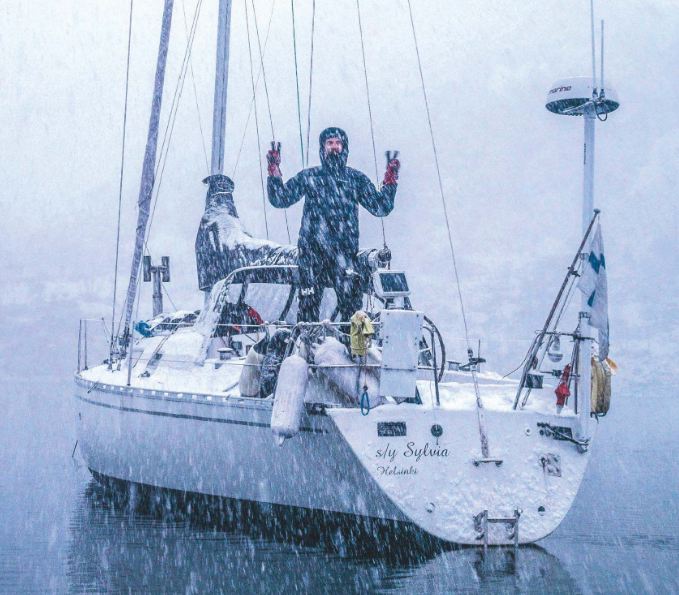 But it was the purchase of Sylvia in 2017 which ultimately led to Juho spending two Arctic winters on board a largely unmodified production cruising boat.

“Although I did plan to move into it, I didn’t originally plan to sail to the Arctic when I bought it. But when the idea of Northern Norway and Svalbard came to me, it also quickly became obvious that it would be easiest just to use the boat that I already own. Of course, budget restrictions were a part of this too,” he explained.

EQUIPPED FOR THE COLD

Juho moved on board in the spring of 2018 after a punishing few months refitting Sylvia for Arctic sailing. Alongside carrying out maintenance or repairs to the sails, rigging, engine and other systems, he fitted a Refleks diesel stove to warm the cabin in the cold weather, which provides a central dry heat in addition to an extra hotplate for cooking. 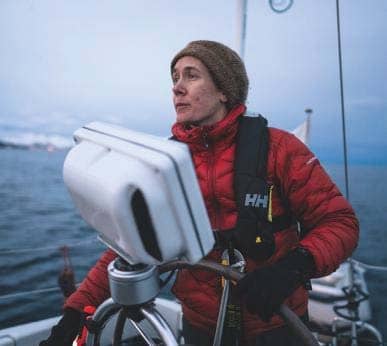 “Dryness is more important than heat,” explains Juho. “If your boat is dry and you have dry clothes then you’ll be comfortable. I always wear a layering system with merino underwear and Helly Hansen offshore series outerwear.”

The stove supplements the original forced-air diesel heater, and Juho reckons that the heating efficiency is roughly the same. A clever addition to note is the addition of a pair of fans to recirculate the heat from the stove, self-powered via a Peltier element from the temperature differential between the flue and the fans’ heatsinks.

Aware that warming an uninsulated boat is less than ideal for the environment and also a significant expense to a low-budget sailor, Juho keeps the heat to a minimum at night, allowing the temperature to fall as low as 5°C. Outside, night-time temperatures in winter can drop to -15°C on the coast, with inland temperatures down to -30°C. He also makes good use of electric fan heaters when shore power is available. “It’s slightly more expensive than diesel,” he said, “but more sustainable.”

Beyond heating, Juho has also fitted a careful selection of essential electronics to help him communicate and navigate in the sometimes-hostile waters.

“I chose Raymarine, primarily because they’re known for quality equipment that you can trust,” he said. “For me, durability is top priority. The stuff needs to be as maintenance-free as possible. In the north I don’t have an easy access to maintenance facilities, spares etc.”

On board, Sylvia now boasts an EV-200 linear autopilot pack, a RAY70 VHF with AIS receiver, Raymarine’s Quantum radar and an Axiom 9in multifunction display.