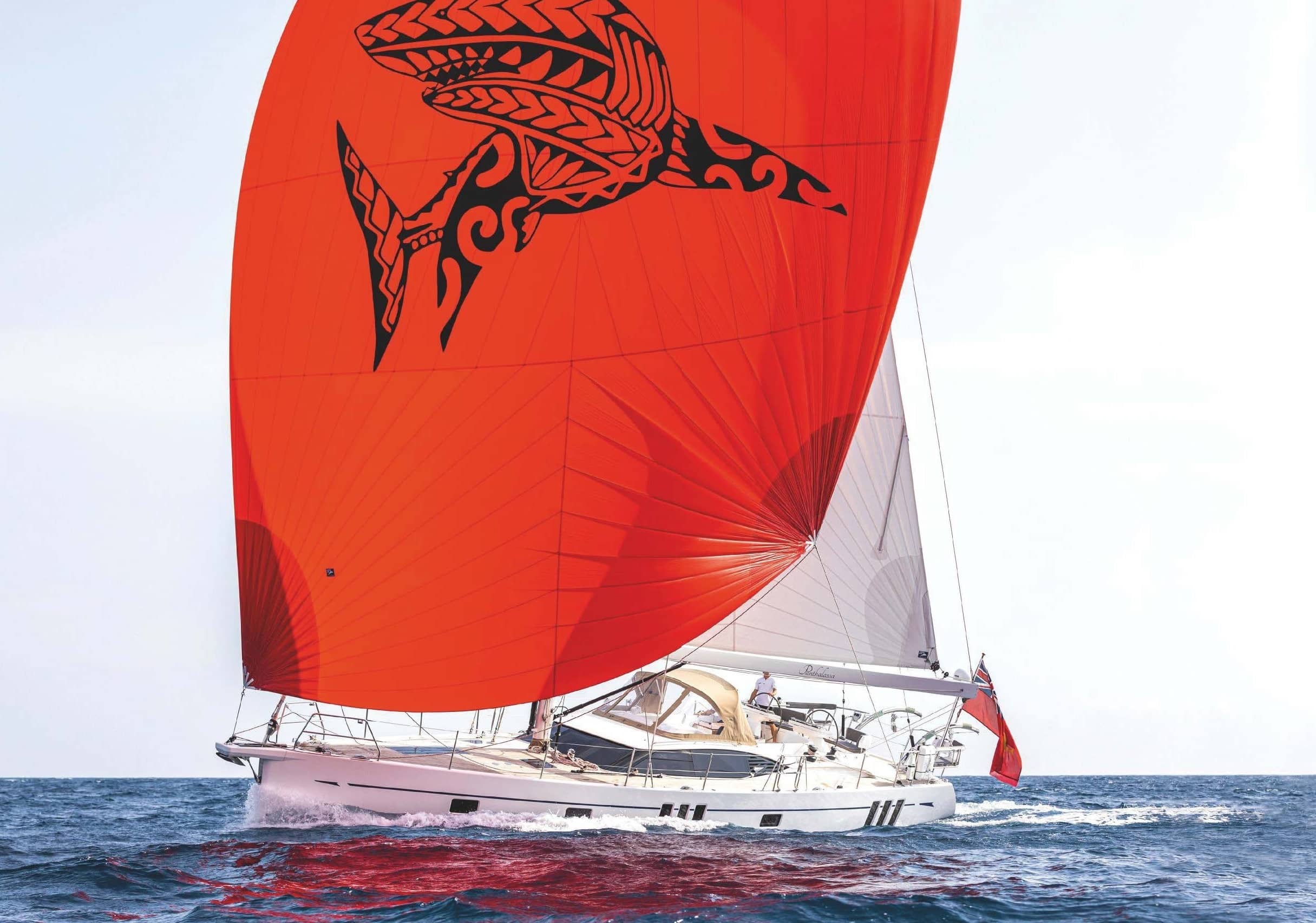 IS THIS THE BOAT THAT SECURES OYSTER’S FUTURE?

For the sake of this iconic British brand, the new Oyster 565 can’t just be good, it has to be exceptional. Nothing less will do.

When the Oyster 825 Polina Star III lost her keel and sank off the coast of Spain in July 2015, the fortune it subsequently cost Oyster directly contributed to the company going into receivership. Its backers, Dutch firm HTP Investments, ceased to provide financial support in February 2018 and the company went into administration. When gaming software entrepreneur Richard Hadida bought Oyster six weeks later, many wondered how he could rebuild the credibility of the brand and turn the business around.

So all eyes were on the 565 when it launched at the Southampton Boat Show in September. This is the first completely new design under Hadida’s watch and it sits at the core of the British firm’s market. This is the yard’s most popular size, replacing the 56 (75 sold) and 575 (45 sold).

Hadida has introduced some key developments to help it succeed. Oyster now moulds its hulls in-house rather than subcontracting this work, and he wanted third party oversight, so a Lloyd’s Register surveyor inspects all yachts in build once a week to approve the design, materials and build quality of the hulls and decks. This brings a level of assurance to new owners and should restore faith in the build quality.

The new owner introduced a diverse group of board members, including designer Rob Humphreys and sailor and former Formula 1 team boss Eddie Jordan as well as other business authorities. He also put the Oyster Rendezvous regattas and successful Oyster World Rally back on track.

However, this groundwork counts for nothing if the 565 flops.

I travelled to Barcelona to spend two days testing Panthalassa, the first 565 to launch. Knowing there is a huge amount riding on this model, I wondered whether it would deliver.

The answer is a resounding yes. The 565 is one of the finest production yachts I have ever sailed.

The design is contemporary and sympathetic to Oyster’s existing line-up, but with more volume, comfort, simplicity, speed and stowage space than its predecessors. The deck and interior layout is right up to date, the engineering behind the scenes is of high quality, and the finish is a step beyond what almost any other production yard can offer.

I found the 565 berthed alongside an Oyster 56 in Port Ginesta, which conveniently illustrated how hull shapes and deck layouts have changed in 20 years. The 565 has around 30cm more freeboard, the beam is carried much further aft, and it has a broader transom. The cockpit in particular is much larger, easier and safer to get into, and there are no sheets for guests to trip over. 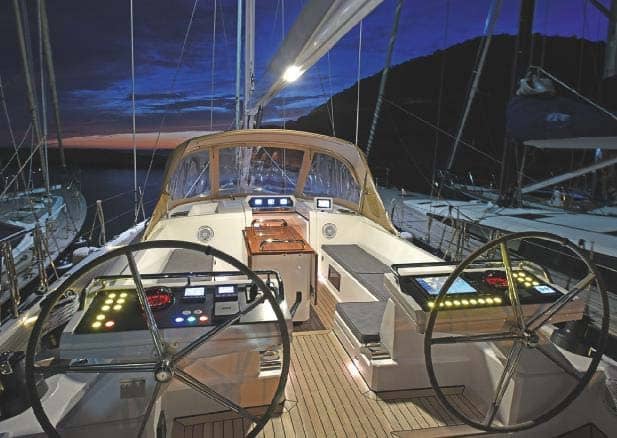 The design strikes a balance between respecting the legacy of the 56 and the ten-year-old 575, and introducing modern features such as a flush foredeck, clean lines and a greater hull volume. Some traditional cruisers may mourn the loss of a skeg-hung rudder and cutter-rigged headsails, but the ease with which you can handle this 565 in most conditions should convince the majority that modern design wins here.

A robust bowsprit extends the yacht’s length to 59ft. Although the hull length of the new 565 is shorter than the 575 it replaces, its waterline length is longer and it boasts 10% more volume. Its full bow sections also create space for a sail locker, a crucial asset for stowing the off wind sail needed to supplement the blade jib.

The 565 is clearly the product of a yard used to building high-end large yachts, as opposed to one pushing up in size into a level of engineering and quality with which it is less familiar. This is perhaps why Oyster describes it as a ‘pocket superyacht’.