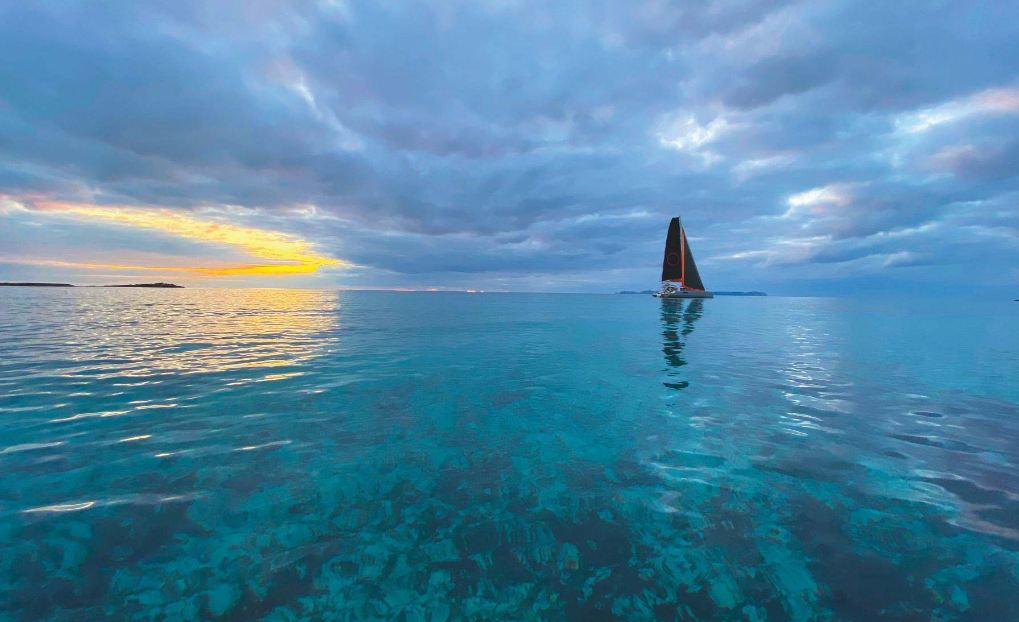 A SWISS SAILOR AND ORGANIC FARMER HAS CUSTOMISED HIS NEEL 51 TO PROVE THAT BOATS CAN BE COMPLETELY SELF-SUSTAINING.

Bluewater sailing stories usually start with someone who has been around boats all their life. But not this one. A Swiss man who goes only by the name ‘Wolf’ freely admits he came late to the sailing party when he started to spec out a new Neel 51 trimaran in 2016.

“I came to the boating world in an accident of life after a medical problem that made me think about how to spend the rest of my life,” he tells me before listing his new aspirations. “The first one was living on a boat, like a child’s dream.”

Coming to boat ownership without any of the preconceptions or traditional constraints that inform many of our choices, Wolf knew straight away that he wanted a multihull. “I wanted a fast and comfortable boat,” he says. But he also wanted something a bit more than that. “I wanted autonomy and environmental sustainability.”

This is where Wolf’s story takes a really interesting turn, because he wasn’t prepared to settle for standard ‘greening’ measures such as synthetic teak decks or a few solar panels. “Usually with boats, your life is based on a diesel engine. I thought ‘I’m not prepared to be dependent on fossil fuels’.”

So he looked at the design of a boat’s systems in a fundamental way to determine how he could liveaboard with the lowest possible carbon footprint. It led him to develop his own straightforward solutions to harvesting freshwater, electric propulsion, growing food on board and managing waste – all interconnected.

“I didn’t want to do a concept boat, just one that I agreed with and understood,” he says. Now he wants to use his experience to prove to boatbuilders and other sailors that boating doesn’t have to pollute.

The first thing was to install an alternative to the standard 75hp Volvo engine of the Neel 51. “An electric motor seemed to be promising because I could also produce that energy as I went along,” Wolf says.

After some research, he decided to install a 50kW Deep Blue electric motor from Torqeedo to drive the boat, hooked up to six i8 lithium batteries, each containing 10kWh of energy. These batteries have their own dedicated shelves in the mechanical space usually given over to the diesel engine.

As is possible with all electric drives, the prop can generate electricity as the boat sails to recharge the batteries and run house loads, like the induction hob, electric cooker and the instruments.

“I made some calculations and strangely it was quite easy to produce enough energy to cover all my needs. The Torqeedo system should produce 1kW at around 7-8 knots boat speed.

“It could be much more, though, so I am also considering an independent hydro generator that you could lift out of the water when you don’t need it. This would be interesting because then there is more power available at a slower speed.”