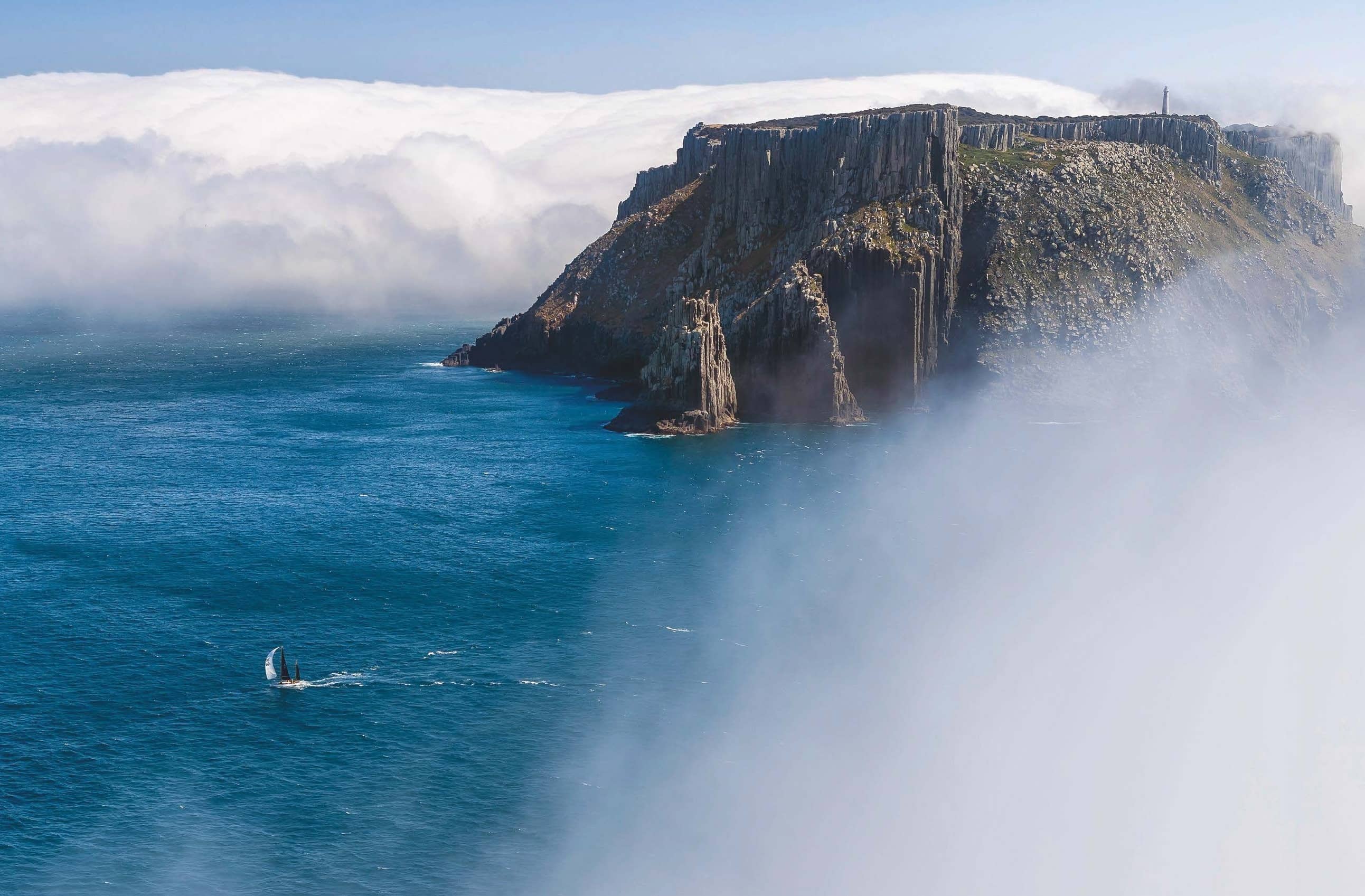 THE 75TH ROLEX SYDNEY HOBART RACE WAS A MENTALLY TAXING AFFAIR FOR ALL COMPETITORS IN THIS ANNIVERSARY YEAR OF THE OFFSHORE CLASSIC, REPORTS CROSBIE LORIMER

Had any of the crew of the nine yachts that finished the inaugural Sydney Hobart Yacht Race in 1945 been able to comment on the race’s 75th edition, the phrase ‘walk in the park’ would probably have featured, such was the contrast in weather, and time spent at sea, between the first and most recent editions of this ocean racing classic.

The 628-mile ‘Hobart’, as it’s commonly abbreviated, is renowned for its challenging phases and varied moods. The first priority for any competitor is just getting safely out of Sydney Harbour, awash with an armada of spectator craft. Then comes the navigator’s first dilemma heading south: inshore for breeze or offshore for current?

If all is well you enter the fearsome Bass Strait in good order. You’ll need to; seasoned circumnavigators describe its seas as the worst in the world on a bad day. It’s boat-breaking stuff if you’re unlucky, as many were in the tragic 1998 storm.

Then somewhere down the line you’ll be running out of breeze, maybe on the Tasmanian east coast? But it’ll be back soon enough, just pray that a big southerly doesn’t catch you trying to round Tasman Island, as the seas will be immense and the rounding interminable. Into and across the usually aptly named Storm Bay – although quiet as mouse for most in 2019 – the course takes you finally past the Iron Pot at the entrance to Derwent River.

With only 11 miles to go, you’re nearly there; except you’re not if you’ve arrived early evening for a classic Derwent ‘closedown’. Many a race has been lost here within a sniff of the race’s famous ‘QLD’ (quiet little drink) at Hobart’s Customs House Hotel.

Despite its rugged reputation, for all but the tail end of the fleet in this anniversary race the greatest challenge in the uncharacteristically light to moderate running conditions to Hobart was to pick the best route through two large and complex light air transitions.

That the race got away at all on Boxing Day was something of a relief, the lead-up SOLAS Big Boat Challenge had been cancelled when thick smoke from the bushfires raging on Australia’s east coast blanketed Sydney Harbour like dense fog, leading to talk of postponing – or even cancelling – should such conditions recur on start day.

But Boxing Day dawned bright, with only a slight smoke haze and the promise of a building north-easterly sea breeze to send the 157-strong fleet southward under spinnakers to the first of those light air troughs off the New South Wales south coast.

Those two transitions (the second off Tasman Island) were to tax the navigators of yachts large and small.

“We were mentally in agony for about three days trying to make the right decisions,” said Ed Psaltis, skipper of the Sydney 36 Midnight Rambler.

And the mental anguish is never worse than in the tormenting 11 miles it takes to sail up the Derwent River to the finish line, as the line honours winner was to find.

Jim Cooney and Samantha Grant’s 100ft Comanche had passed the famous Iron Pot at the entrance to the Derwent River at dawn on the third day, holding a steady 12 knots boat speed, with a healthy eight-mile lead over Christian Beck’s InfoTrack in the battle of the 100ft maxis.

But the breeze on this notoriously fickle river suddenly evaporated, leaving the super-beamy maxi yacht flat on its bottom, stock-still and surrounded by a large, equally stationary spectator fleet. As Comanche’s anxious crew looked south, InfoTrack could be seen on the horizon, entering the river with breeze.

“It looked like a bad movie that we’d seen before,” recalled Comanche’s navigator Stan Honey, who has seen this river in its many capricious moods.