SUNK BY A WHALE 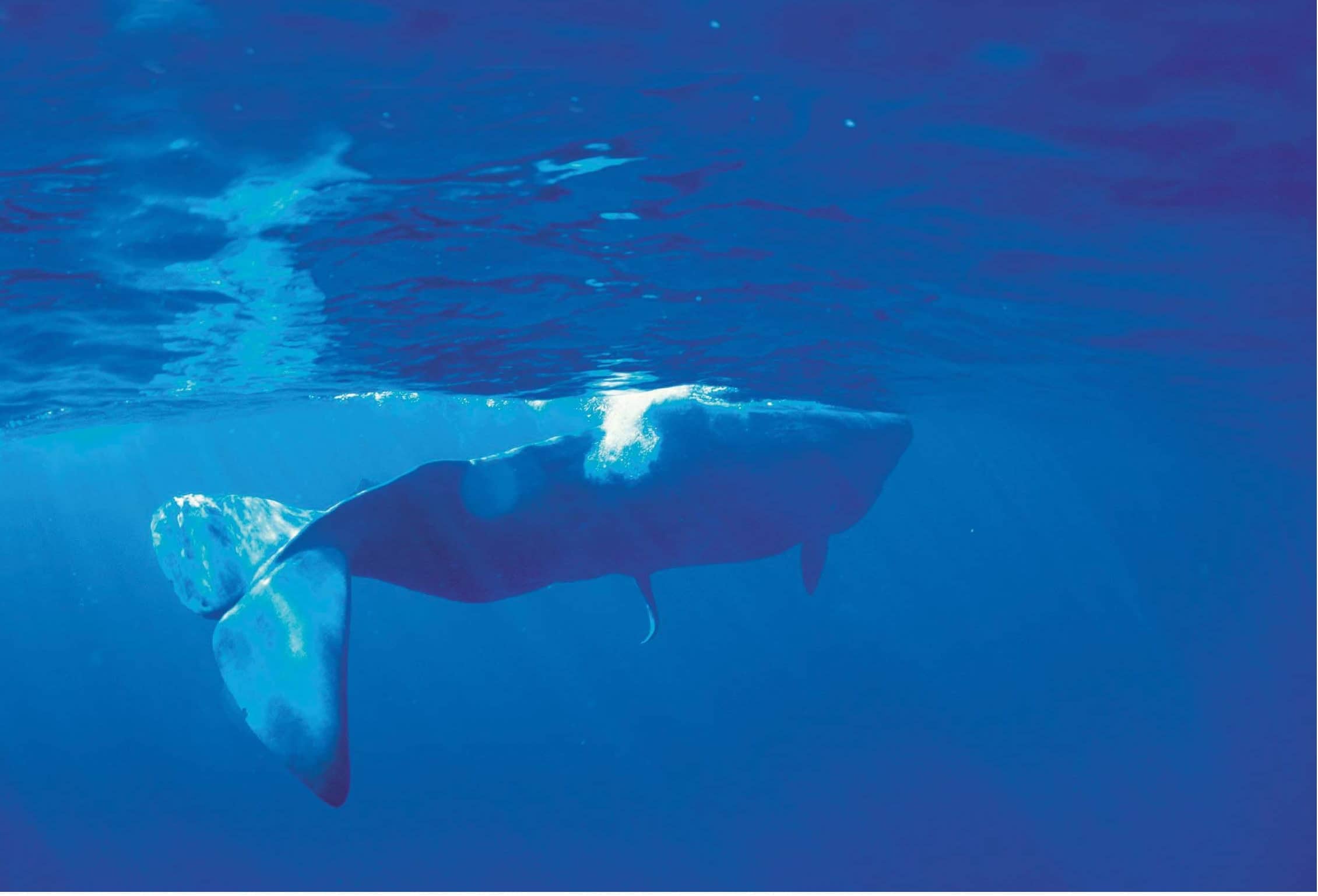 PETER NIELSEN
It’s noon on Sunday, 23 August, and just another day in the life of our small crew sailing across the Pacific. The Atlantic 46 catamaran One Tree Island is making a steady 6-7 knots, heading south-southwest under a reefed mainsail and genoa, both well eased in the 12-knot south-easterly. It’s less sail than we’d like to carry, but we’ve learned to tailor boat speed to sea state, and the 2m swell is topped by smaller whitecaps that make for an uncomfortably bumpy ride if we push harder. Panama is 2,500 miles astern, we’ve been at sea for 18 days, and even if we keep to this modest speed we’ll be in the Marquesas, 1,500 miles away, in less than ten days.

Shoals of flying fish erupt, startled, from the water around us and scatter among the waves. Willy Stephens, One Tree Island skipper and owner, is asleep in his bunk in the port hull. I’m hoping he wakes up before too long to bake another loaf of his rather good bread. His wife, Anne, is below decks, rummaging for a book. I’m mentally planning next year’s cruise from Florida to the Bahamas and onward, reading a page of Bruce van Sant’s Passages South between each lingering look around the horizon. Not that there is ever anything to see; we haven’t had an AIS target in days, and only a few seabirds enliven our watches. There is only ever the sea, huge and indifferent.

We are late travellers in the Pacific; the prime season for the Panama-French Polynesia crossing is from February to April. Any later, and you don’t get to spend much time in these legendary islands before heading for cyclone season shelter in New Zealand or Australia. In this year of COVID-19, however, there is no normality. Expat Brits (turned Kiwis) Willy and Anne had planned to cross the Atlantic from the United States in May after launching their refitted cat. But as borders began to slam shut in March, their options became more limited by the week. They were stuck in a Florida boatyard, reading accounts of cruisers in limbo around the world. 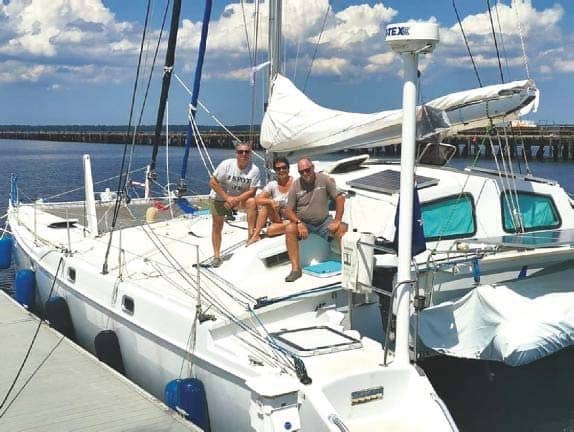 With their American visas about to run out, Willy and Anne decided to go for a near straight run to New Zealand, which was only letting in citizens and residents. The Panama Canal was open, though they’d first have to spend two weeks in quarantine. It appeared that they would be able to stop in French Polynesia, the previous weeks at sea being sufficient proof that they weren’t carrying COVID-19 to the islands.

I was refitting my own boat in the same yard, but it became apparent my 2020 cruising plans would have to go on indefinite hold. Being in possession of a highly desirable New Zealand passport; I gladly came aboard as the third hand, fulfilling both insurance and nationality requirements.

On this August day we are just over three months into the journey. We’ve motored down the Intracoastal Waterway from Jacksonville to Fort Pierce, sailed around the Bahamas, and across a lumpy and surly Caribbean Sea. We sweated out our two-week sentence anchored outside Panama’s Shelter Bay marina, then spent another two weeks at anchor waiting on a new staysail and deck awnings.

We know we are better off than many. At least we’ll be welcome in New Zealand for the cyclone season.

I stretch and take another look around the horizon, beginning with a squint through the rear window of the saloon.

The previous week, while hundreds of miles from land, voices behind the boat had frightened the hell out of me. They turned out to be two Colombian fishermen in a small panga, asking for water (their mothership just over the horizon, minus an AIS transponder). When they peeled away, they were hidden by the swells within minutes. 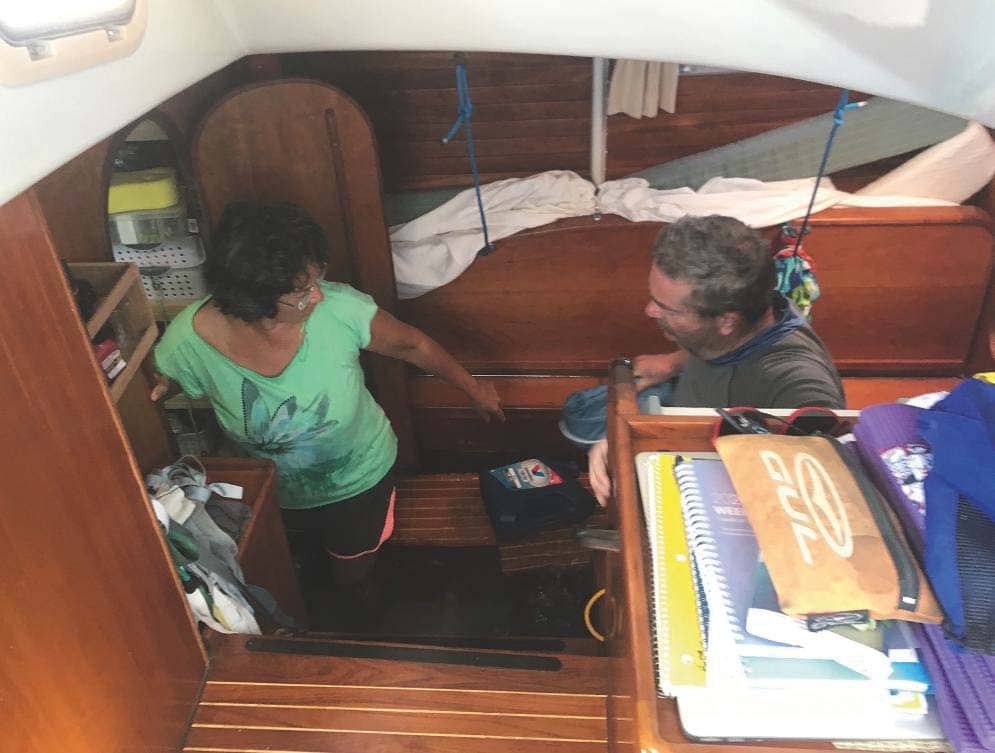 As I turn towards the bow, out of the corner of my eye I register a dark shape in the water just ahead of us. A nanosecond later, at the instant I recognise it as a whale, the port bow makes contact and the boat jolts as if bashing into a steep head sea. I have just enough time to shout “****! Whale!” at the top of my voice before it passes down the port side. As it does so I hear, and feel, a crunching impact.

Willy shoots out of his bunk, instantly awake, and the three of us stare out the rear portlights at the whale lying on the surface in a froth of pink-tinged foam. For a moment we are all transfixed. Then I see a red warning light on the switch panel and say, “Bilge, check the bilge!”