STOIC IN THE SOUTH 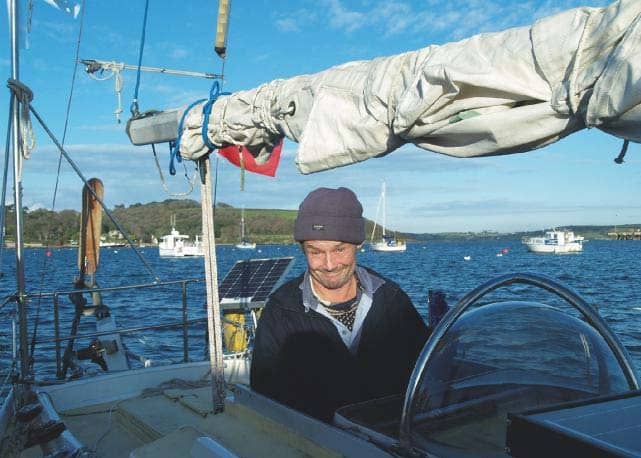 Captain Bungle’s Odyssey’ by Paddy Macklin, available from Amazon, is a book belied by its title. Extraordinarily self-effacing, Paddy makes light of a remarkable circumnavigation executed in truly Corinthian spirit, without sponsorship or hype of any sort. He sets out in mid-winter 2009/10 to sail a non-stop circle which will involve him in traversing the Southern Ocean in mid-winter. This used to be a daunting prospect in a pre-war 5,000-ton steel four-masted barque, let alone a 27ft yacht.

The good ship Tessa is a long-keeled, wooden Clyde Cruising Club sloop designed by Alan Buchanan and built in the 1950s, but there is little standard about her. Reading of Paddy’s preparations for the voyage, one realises that just about nothing was left to chance. When Tessa is put to the ultimate test described below with so little fuss, she comes out with flying colours, a living example of what a straightforward man can achieve by foreseeing trouble realistically and tackling it head-on.

Paddy’s attitude throughout the book is one of self-help and can-do. When asked why he was sailing in winter, he replied that if you thought too much about what you were taking on, you’d never go. A lesson for life in general, and this book is full of them.

The following is therefore a description of the events of August 11, 2010 from memory.

So there we were, lying to. This was all that could be done in the circumstances, as to re-reeve the broken tiller line was not feasible. There were heavy seas breaking over the boat and I might well have been washed overboard in the attempt. 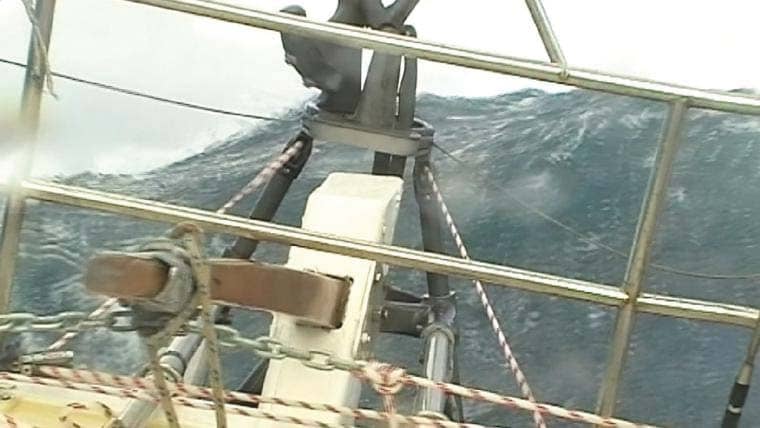 Up to this point, my Southern Ocean heavy-weather tactic had been to keep the boat moving through all the gales. The wind by now had reached a sustained mean of 45-50 knots. By this time I was quite adept at judging wind strength and sea height, having been subjected to almost continuous heavy weather since South Africa, 5,500 miles away. The seas had become enormous, the day wore on and night closed in. This was, after all, midwinter in the Roaring Forties, so nights were extremely long and days very short. I was totally exhausted. This was the worst yet.

It’s hard to describe the conditions. By now the gale had raged for 48 hours, with the high-pitched scream of the wind in the rigging wires, and the continual rumble of the huge breaking combers all around the boat. Before the onset of dark I had been too scared to look out of the dome of the main hatch, the entire vista was so terrifying. The seas had become monstrous mountains 40-60ft high, huge tumbling breaks collapsing down their fronts. Awe-inspiring doesn’t describe it. The blackness closed down on this scene from hell, I wedged myself across the cabin, wrapped in my bedding. Sleep was out of the question in spite of exhaustion. I just lay there and waited.

Without wishing to sound in any way heroic, it never once occurred to me that I wouldn’t get through, or to ask for any kind of rescue. Complete trust in my little boat was essential and in the event she repaid my faith. We didn’t have to wait very long. The growling ‘thrump’ of the huge breaks all around meant it was only a matter of time.