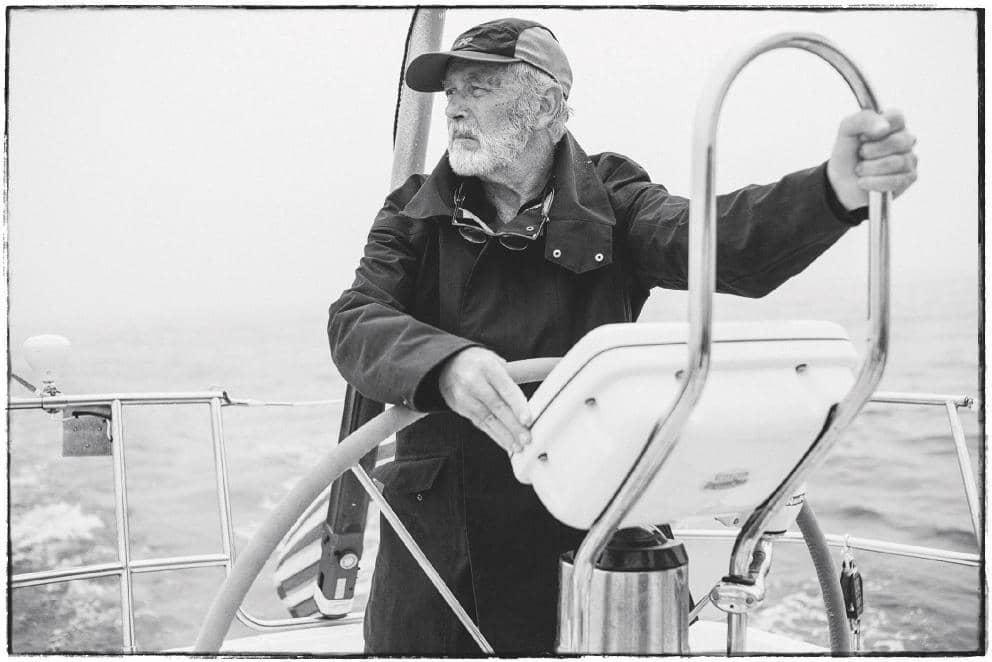 Rounding the Horn – Being a story of Williwaws and Windjammers, Drake, Darwin, Murdered Missionaries and Naked Natives – a deck’s eye view of Cape Horn’. So reads the front cover of Dallas Murphy’s book of the same name. Settling in for a good long read of this work is a pleasure a sailor doesn’t come across every day. Murphy signs aboard one of Skip Novak’s yachts, Pelagic, under Captain Hamish Laird and his mate Kate Ford to cruise south from the Beagle Channel. He is a journalist and a novelist, so you’d expect his account to be well written, but this remark, as bland as a school report, does not begin to do him justice.

The construction of the book, its widely varying content and the descriptions of personal experience are a rare class act. Meticulously researched historical references are blended with hands-on accounts of present-day action in these remote seas. We join Dallas and his shipmates soon after dark, bound from Puerto Williams towards the archipelago of the Horn.

The haze that had materialised with full dark suddenly lifted – maybe it had never been there at all, another atmospheric trick. The taut horizon distinguished water from air, and the sky filled with stars we’d never seen before except on charts. A strange, indistinct brightness arced over our masthead light like a scattering of luminescent powder – from Puerto Williams to Caleta Martial.

Dick stood up on the side deck and looked aloft. “I wondered if we’d see them.”

“Well, maybe it’s only one cloud. I can’t tell. It’s another galaxy, you know, that orbits the Milky Way. It’s only visible in the Southern Hemisphere.

” We all went forward for a better view.

“There are two, actually, the Large and

As we stared, they seemed to expand, smudging the entire southern sky with dusty white light.

Hamish joined us, peering up nearly vertically, losing our balance every now and then in the swells, scrabbling for handholds.

“Do you see two clouds, Hamish, or just the one?”

They are indeed two separate galaxies, I later affirmed from a volume in the Pelagic public library. The Large Magellanic Cloud, which contains fifteen billion stars, is nearer to earth, 179,000 light-years against the smaller’s 200,000 light-years. It dawned on us then that we were seeing the Southern Cross just below the arc of the Magellanic Clouds. Most of us had never seen either before, and again we stood staring in silence.

It was nearing midnight when land appeared ahead, first a single ragged black point rising over the horizon, then another away to starboard, the high points of the Wollaston Islands. The next time I looked, 15 minutes later, solid black land loomed in irregular clumps against the lighter sky until land entirely blocked our way. We seemed to be going like a freight train toward a mountain range. It’s remarkable how the sensation of speed increases when a boat is approaching a featureless coast at night. The mood changes.