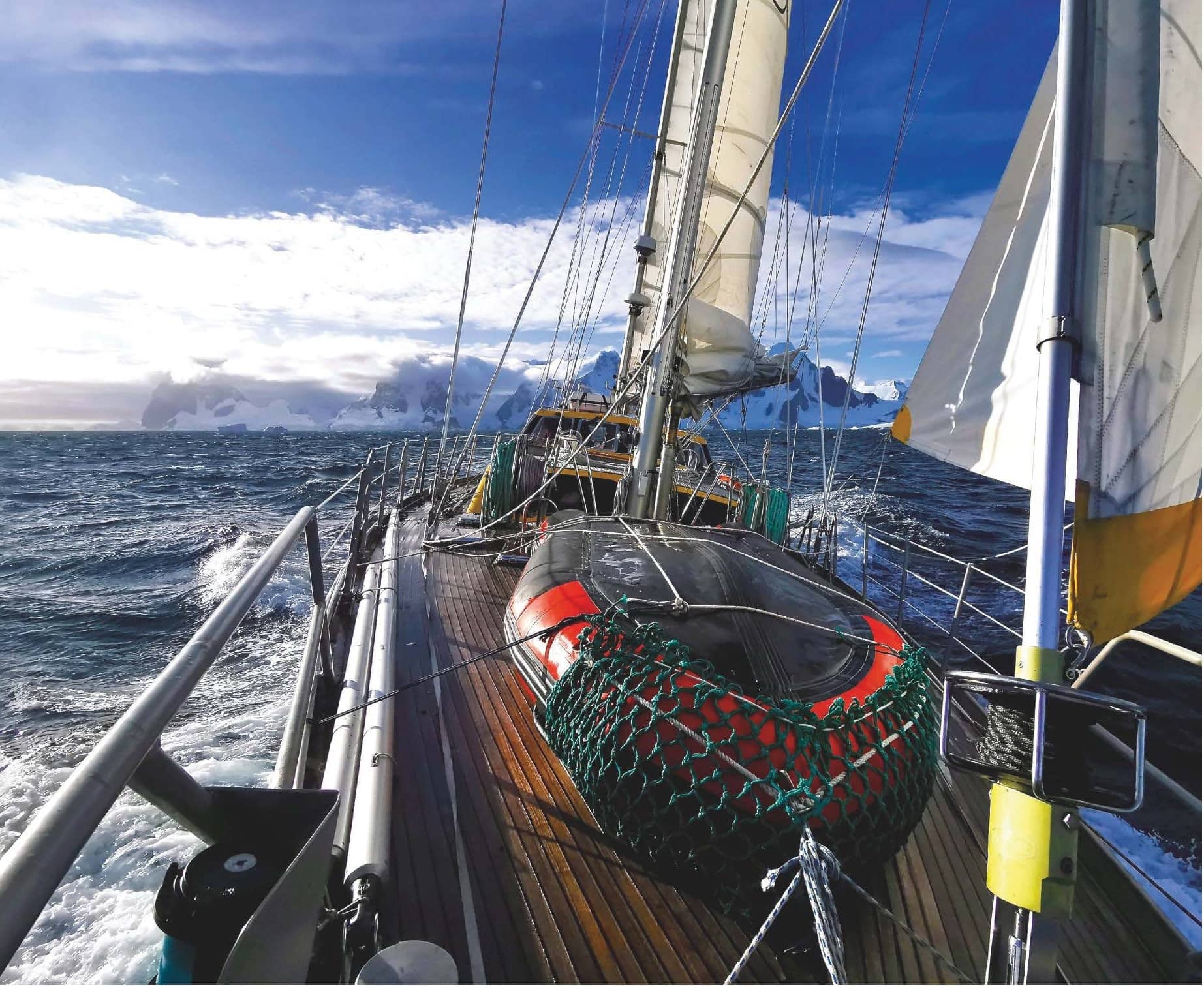 NICK MOLONEY
The dense silence is broken only by the sound of snowflakes landing on my protective clothing, as my eyes struggle to adjust to the landscape that surrounds me. It is so beautiful, so diverse, and so beyond anything that I have ever previously seen.

I am standing on the top of a small, low lying, snow-capped island that is skirted by open ocean, islands and wide bays. Looking seaward, there is a cluster of huge icebergs that stretch north towards a horizon that’s now entering twilight. Below me lie wooden rowing boats, abandoned in 1915 and preserved under snow for the majority of the year but, for now, clearly exposed. These are small iceboats that originally serviced the whaling ship Governoren, which lies in the backdrop, wrecked in the shallows of Enterprise Island. Our yacht is tied alongside her decaying steel hull.

The Governoren’s fate was determined nine days after Shackleton’s famed Endurance was wrecked, when she was performing her duties around Foyn Harbour as a floating whaling factory. On this particular voyage, the crew threw a party, a lamp was knocked from a table and the ship caught fire. The Governoren was full of whale oil and the fire quickly grew out of control. The captain grounded the ship and all 85 crew escaped without injury, to be later rescued by another whaling vessel.

I’m standing in a place that I once promised myself to do all that I could to visit: I am in Antarctica.

Antarctica is the coldest, windiest and driest continent on Earth and these elements create amazingly diverse snow and ice formations. White, soft snow dunes pile in one corner, while other edges are marked by an array of sharp peaks and ridges, so steep that the ice and snow cannot settle, revealing stark black unburied rock. The land evokes a sense of remoteness, of emptiness, and a deep respect that is difficult to explain. I am a well-travelled man, yet this was a place like no other.

As a seafarer, I have seen many contrasting seascapes and landscapes among my several passages around the world, but nothing as diverse or as dramatic as the relatively short transition from the islands of the South Shetlands to the Antarctic Peninsula.

My preparation for this trip began many months prior, and was an agonising build-up to a voyage that I was simply never sure would actually happen. The core of this journey would be in February 2020, the month that is deemed the closing window of the Antarctic summer season and the end to most expeditions to the region. As with many projects and key moments in my life, I was relying on nature and the elements to align.

My first real contact with those who I was to share this experience with was in Punta Arenas, a city near the tip of Chile’s southernmost Patagonia region. It is on the Strait of Magellan, which connects the Atlantic and Pacific oceans. We would fly from Punta Arenas to King George Island, but not before ‘kissing the toe’ at the Ferdinand Magellan statue in memory of this great explorer. This tradition is said to assure your return to Punta Arenas, to ensure safe onward passage, and even to cure seasickness. 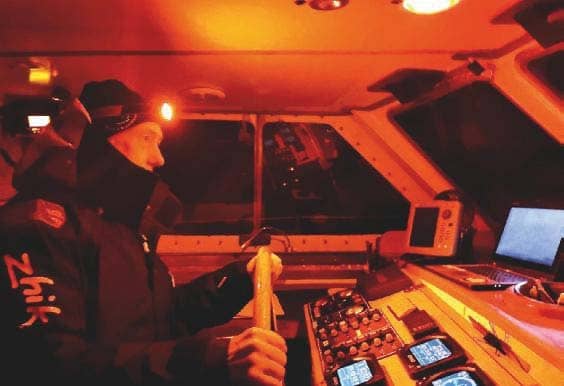 In a hotel in town we had our safety briefing and picked up the sanitised footwear that could only be worn on Antarctic landings to protect the natural ecosystem. We then entered a standby period, where we basically sat by our phones waiting for the call that a weather window had opened for long enough that we could fly the 75 minutes from Punta Arenas to land on Antarctica’s most northern airport, a gravel strip on Fildes Peninsula. Besides a modified aircraft parked on the stones and a few lights along the levelled landing strip, it bore no other resemblance to an airport whatsoever.

There were just 20 passengers on our flight, seven of whom were heading to the same vessel as me. The remainder was made up of researchers, scientists and a photographic tour that was mapping whale sightings.

We landed at King George Island at sunset. My first impressions were of the shocking cold, and the most amazing light piercing the cleanest of air. While I was gathering my emotions, a sudden pat on my back broke my reverie. It was that of my dear friend, and legendary Irish yachtsman, Damian Foxall. We hugged and laughed at the fact that we were about to share this moment, almost 20 years after we had started The Race together onboard the maxi catamaran Playstation.