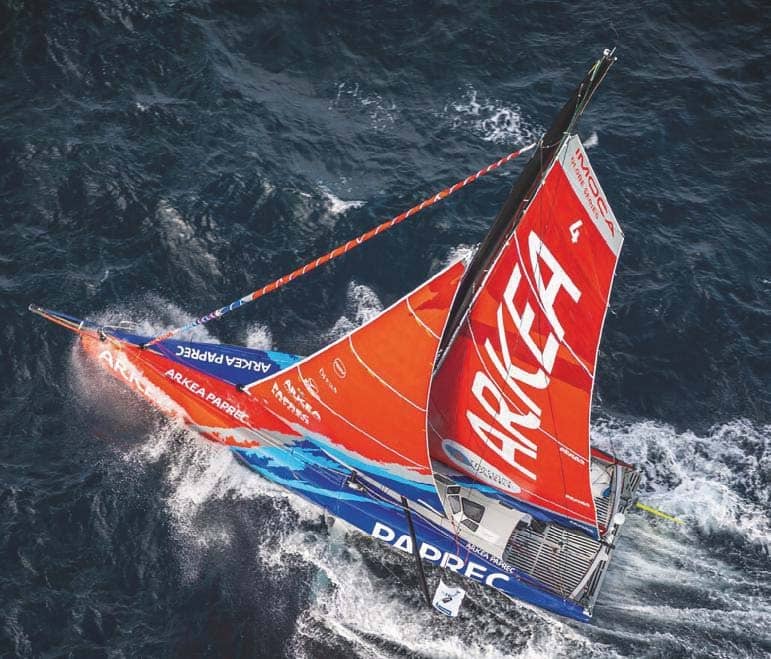 The past few years have seen a huge amount of development in the field of onboard imagery, which now goes far beyond simple still and video cameras. Artificial intelligence enables captured images to be used in a multitude of different ways including augmented reality, assisted docking and automated detection and warnings of objects such as floating containers or whales in the path of the boat.

At the same time our boats are becoming progressively better connected (see The Intelligent Boat, YW November 2019). This enables camera images to trigger warnings that can be sent to your phone when you’re not on board, or to activate an onboard alarm.

In addition, infrared thermal night vision cameras are more powerful, compact and less costly than in the past, although prices for some models are still significant.

The leader in this marketplace is Raymarine’s owner FLIR, which has a huge range. The US-based company has its roots in pioneering high-performance, low-cost infrared (thermal) imaging systems for airborne applications and now has a broader remit developing technologies that enhance perception and awareness

Today even the simplest marine cameras are marinised HD video cameras with similar tech to CCTV cameras. They can be used both when moored and at sea for a host of situations from surveillance to berthing.

Just as today’s cars have large flat-screen monitors, these onboard cameras can be interfaced with Multi-Function Displays (MFDs) to give a clear output at each helm station, or at the chart table.

In the past we’ve tended to see only single MFDs used at each station. However, even with screens becoming larger and more flexible, in future multiple displays will become more common on sailing yachts.

Many visible light spectrum cameras can even capture images in darkness, though with limited range and clarity. Models that offer power-over ethernet are quicker to install as only a single wire is needed to link them up to an MFD.

These cameras can be used for a variety of monitoring purposes, from engine rooms to covering blind spots when berthing. This can be particularly useful on multihulls where the four corners of the boat are not always visible from the helm station.

Garmin’s GC100 (£349) is easy to install and can be wirelessly interfaced with an MFD as part of a network of up to seven cameras, the output of four of which can be viewed simultaneously.

The company’s GC12 (£349) is a compact analogue camera that delivers good images, even in low light and has a number of additional features compared to the GC100, even though it lacks wifi. Typical uses include as a stern camera for reversing into a berth or quay and for engine room monitoring. The picture can be viewed on TVs, video monitors and MFDs that have a video input. A reverse-image setting is intended to help when reversing out of tight spaces, such as a crowded marina.

Garmin systems and MFDs can also be interfaced with FLIR cameras. This is part of a continued trend of increasing integration and improved user interfaces across a whole range of marine products including cameras, digital switching, entertainment systems and so on.

Raymarine’s new CAM210 IP (£735) meets the minimum spec needed for the company’s ClearView augmented reality system. The CAM220 IP (£525) is a dome camera of similar specification. Four bright LEDs give a range of up to 20m in infrared mode, even in total darkness.