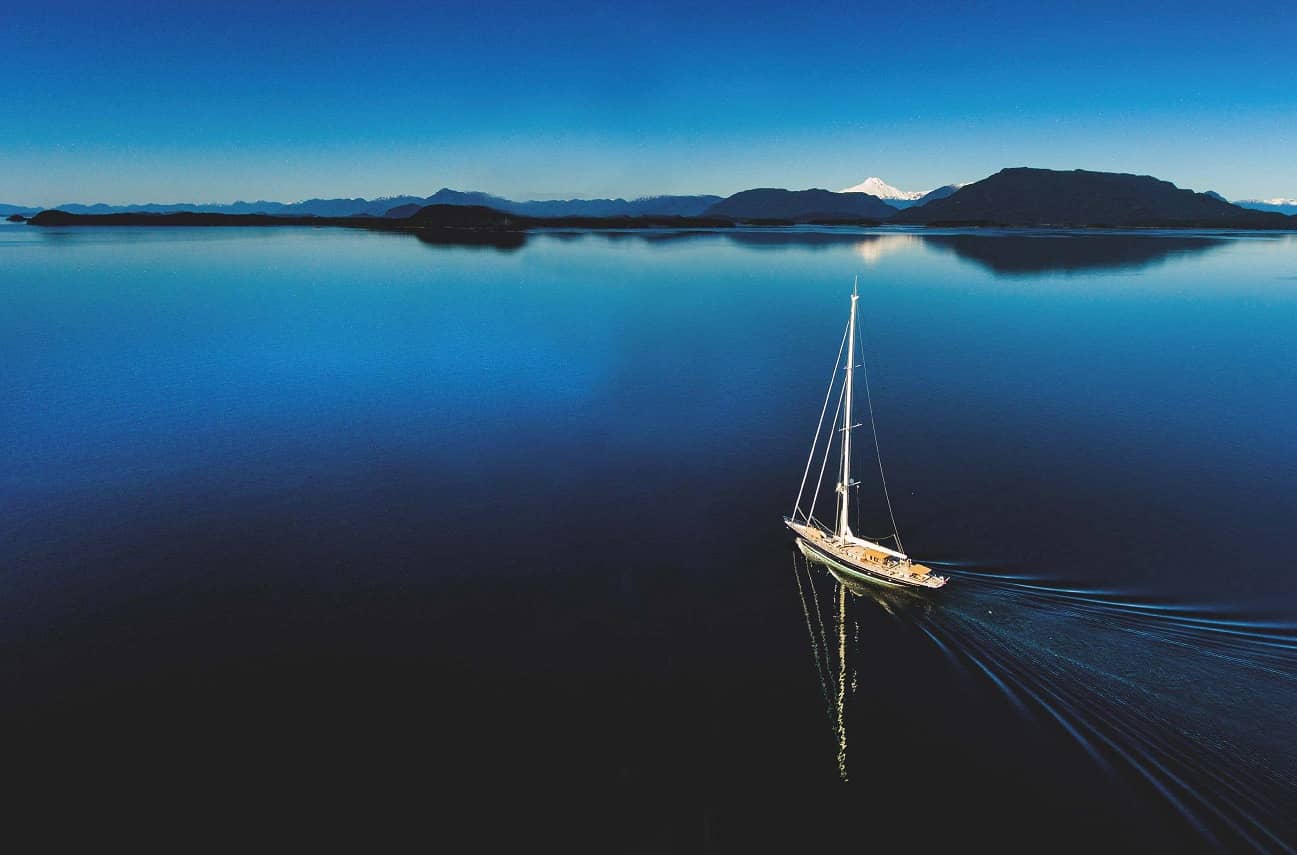 A voyage around the southern tip of the Americas, will always be a mix of heaven and hell. If you’re prepared to take on the abrupt and unforgiving weather systems, then the pure remoteness of Patagonia, with its marine life and unspoilt deserted coastlines, all await.

In the southern hemisphere winter of 2020, Pumula was docked in the small marina of Punta del Este in Uruguay. It had been decided to curtail cruising plans for South America and bring this 37m/123ft Royal Huisman sloop from Uruguay to the warmer climes of the South Pacific. Once that call was made, we then had the choice of sailing all the way around Brazil into the American armpit of Panama, going through the cumbersome formalities of the canal and onto the regular fair wind trade route to Polynesia, or taking the more logical yet challenging option to save thousands of miles by ‘simply’ passing through the Strait of Magellan at the southern tip of South America.

Pumula was designed by Dysktra for global cruising and has been down south before. I’ve sailed her there on previous passages and know that such a voyage is not to be taken lightly. So as soon as the decision was made, the crew and I started preparing the yacht for all it might face. 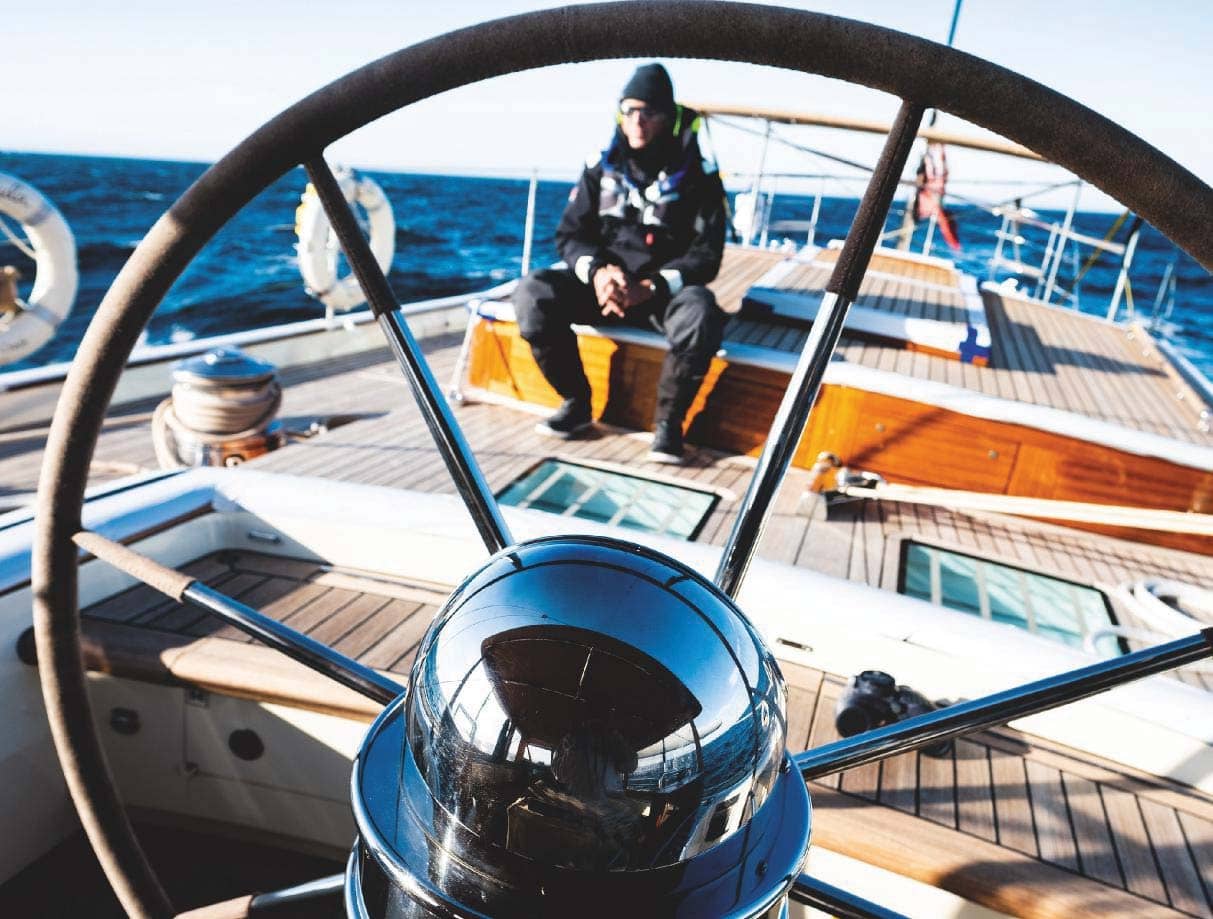 All weather systems approach from the west across the wide southern Pacific before clambering and streaming over and through the southern Andes. We were heading to the south and east into the face of this. Traditionally the winter and spring seasons offer lighter weather than the summer, even though the temperatures may be lower, but in my experience all seasons anywhere near the Horn of South America offer a full scope of weather, ranging from idyllic calms to raging tempests. The latitudes nicknamed roaring forties and furious fifties always seem to live up to the sailor’s worst expectations.

For any captain contemplating a passage to the region of Patagonia and Tierra Del Fuego, I’d advise studying (and being amazed by) the passage transcripts of Ferdinand Magellan, who first passed there to the east in the 1500s, and the famous Joshua Slocum with his ordeals aboard his tiny sloop Spray. In my childhood I’d always dreamed about sailing there and after the first time knew I both loved and hated the place, but above all that it offered zero tolerance for complacency. 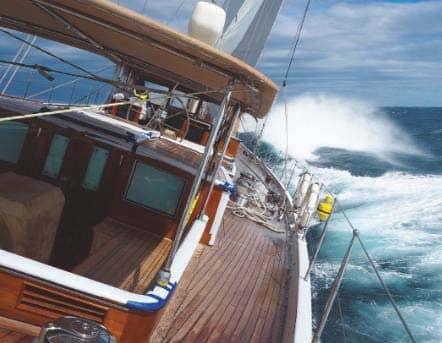 Our passage to Polynesia would be broken up in three stages. The first leg would be to the Punta Arenas in Chile, lying at the gateway of Patagonia just after the entrance to the Magellan Strait. The second would be through Magellan and up the Chilean channels to the sheltered Puerto Montt, where the yacht could be prepared and resupplied for the third long leap to Polynesia.

To start with I needed a good team. We can normally sail and maintain the yacht with four crew: our first mate Ollie, who had sailed with me through many a storm; Abbi, our seaworthy crew chef; and deckhand Tom, who’d only recently joined the yacht but had already proved himself to be steady in a blow. However, it’s easy to become short-handed on such a voyage, so we increased the crew to seven, which included flying in my good friend Rob, who I knew to be a seasoned sailor and dependable watch leader. Except for Ollie, none had been down south before, so it was key to prepare them for what may lie ahead. 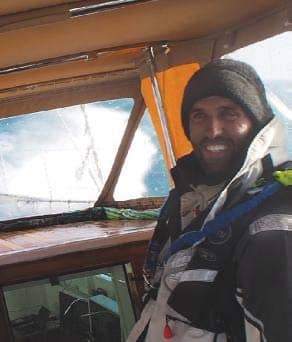 PREP FOR THE WORST