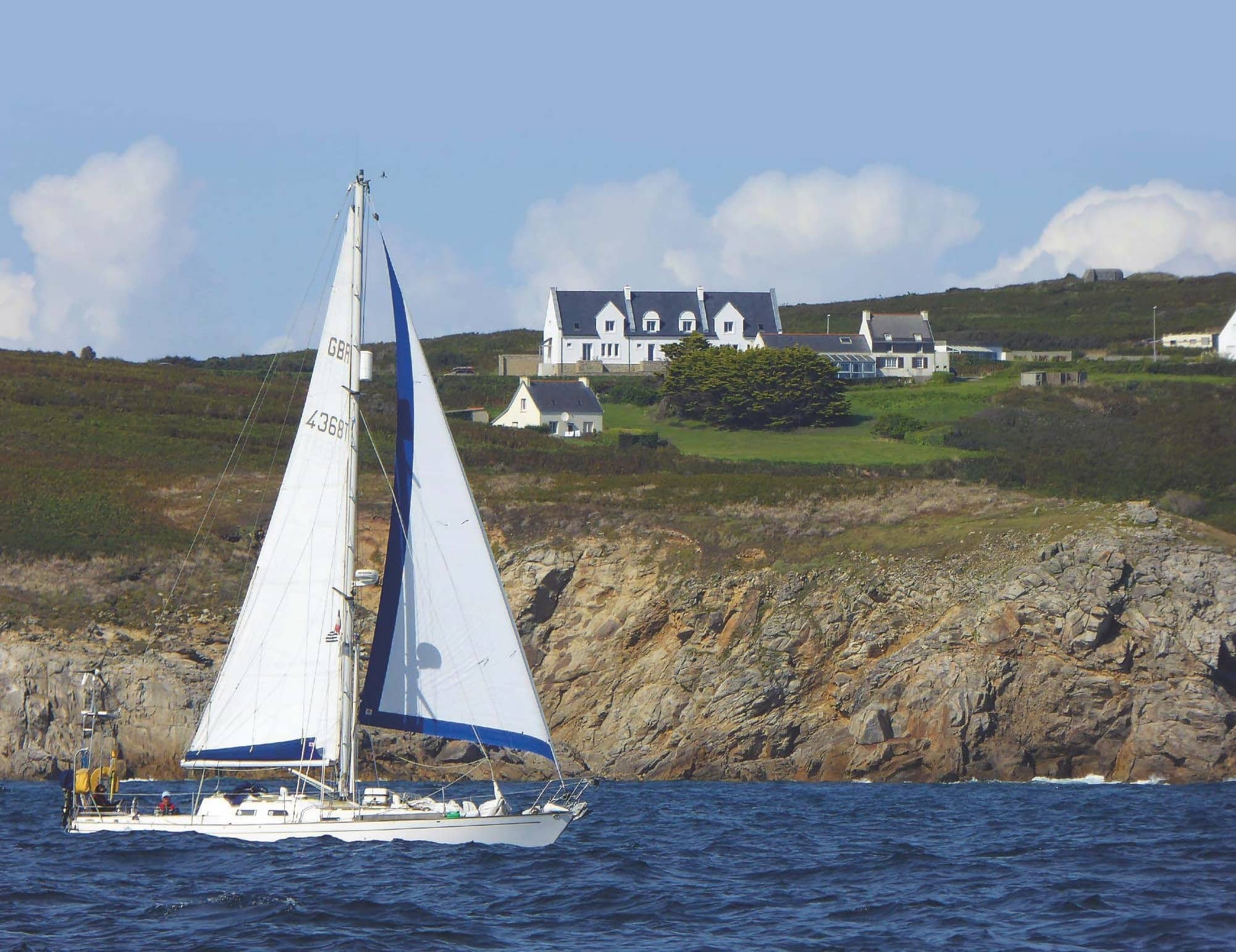 The Vancouver 34 Classic is one of a range of highly sought-after ocean cruising yachts built by Northshore Yachts between 1991-2012.

Initially designed as a 32-footer in 1979 by Robert Harris, she was later stretched to 34ft LOA in order to increase her waterline length and to enlarge the cockpit enough to enable wheel steering to be fitted. Around 120 of the Classic model were built in total.

The hull and deck were generously laid-up by hand using a bi-directional mat with waterproof (Isophthalic) resin and substantially reinforced all around her long, encapsulated keel, the foot of which extends aft to provide support for the lower rudder pintle. This design helps keep ropes and debris away from the prop, while a cutaway forward helps speed up tacking and improve manoeuvrability under power.

Her topsides and deck are sandwiched with end-grain balsa for insulation and weight reduction, and the hull deck join is both through-bolted and bonded over for watertight integrity.

Being a little pinched at her stern means the cockpit is relatively narrow, but a cut-away around the wheel improves the helmsman’s access forward. A pronounced helm seat hump offers support when heeled and the binnacle has a sturdy grab rail.

She’s not the easiest to single-hand because the primary winches are a little far forward from the helm, the mainsheet track runs along the bridge deck and the staysail sheets are on the coachroof, so a good autopilot is essential.

Access along the side decks is slightly restricted due to three chainplates and a headsail track each side, but the coachroof handrails are excellent. Treadmaster was the standard non-slip covering and her attractive raised bulwark with integral scuppers works well.

Her foredeck is uncluttered, except for the inner forestay, and the anchor chain is fed below decks. She has twin bow rollers and her cleats and other deck gear are good quality and generously proportioned.

A masthead cutter rig was standard, with a deck-stepped, twin spreader Seldén mast. She has twin lower shrouds, the aft pair set well back to eliminate the need for running backstays. Roller furling was standard on the yankee, but not on the staysail, although a self-tacking option was available.

As standard the reefing lines terminate at the mast, although full battens with single-line reefing, lazy jacks and a zipped sail bag were also optional, as was in-mast furling.