TO THE FRACTAL WEST OF IRELAND 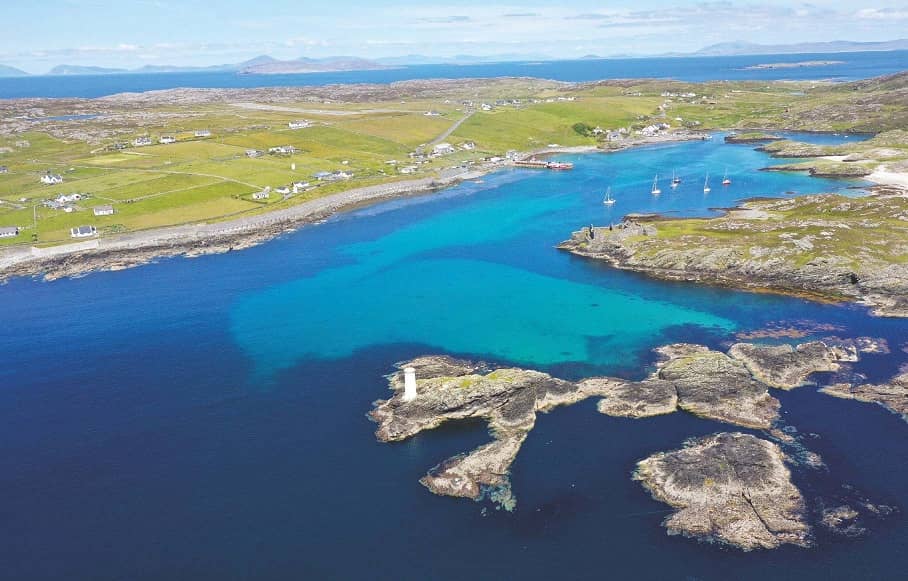 My patronising ‘Yes dear’ in reply to my wife Frances was followed by getting into oilies very quickly indeed, and an intense collaboration between us, me on the foredeck and she at the helm. It transpired that I had miscounted the cable markers on last night’s re-anchoring off Great Blasket after we were nearly blown on to Beginish, and our 1998 gaff ketch Betty Alan was now on the wrong side of the rocks. As I wound the anchor up in the horrible near-panic of that morning, all but shipwrecked, I realised that I’d only put down 15m of chain, not 35m. Drink had contributed to this folly, for while we are sober under sail, we do have a beverage if securely at anchor. Just one glass had been enough to knock my concentration over. We didn’t stop shaking until we were tied up in Dingle.

We were cruising south-west Ireland to revisit 1980s sailing holidays with my mum Betty, the boat’s eponymous godmother. Prior to our anchoring mishap, we had met Betty and in-laws in Crosshaven in Cork Harbour. In the end, we only had a few days sailing with Mum, her wheelchair lashed to the mizzen. Despite this it was an idyllic time, with proper sailing breezes, sunshine and flat water. Highlights included tacking out of Oysterhaven, a favourite anchorage, with tricky breezes making each tack a challenge. Bere Island, at the mouth of Bantry Bay, was our base for the year. 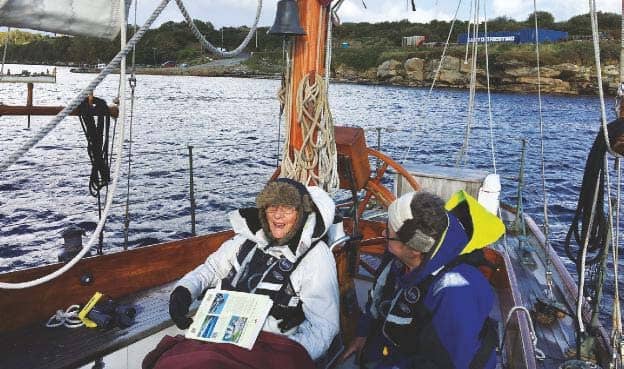 We returned during Easter 2018 and took Betty Alan to Oldcourt, half way up the River Ilen, for a scrub and some little bits of shipwrighting that were beyond my time and ability. Our delivery back north to pick up where we left off had us spending a night at Castletownbere harbour, and then towards Portmagee. The sail to Portmagee was one of the few brisk sails we had all summer, as we charged out at nine knots under the lee of the Beara peninsula to meet fairly horrible seas off Dursey Island. We decided to cut the passage short by heading for West Cove in the Kenmare River, which proved an idyllic and prosperous little settlement.

Conditions were much quieter for Blasket Sound and Sybil Head and her Three Sisters, although after the headland we found a very wearing corrugated sea that denied the boat any chance of finding a rhythm. The hazy light on the cliffs was beautiful but ominous, as if it were auditioning for the role of Mordor in a remake of The Lord of the Rings, and the jagged outline of the Three Sisters made me appreciate my three own elegant siblings. Like most forebodings, those created by the sisters and the sea state foretold nothing at all, and the day settled down to a pleasantly bland motor-sail passage.