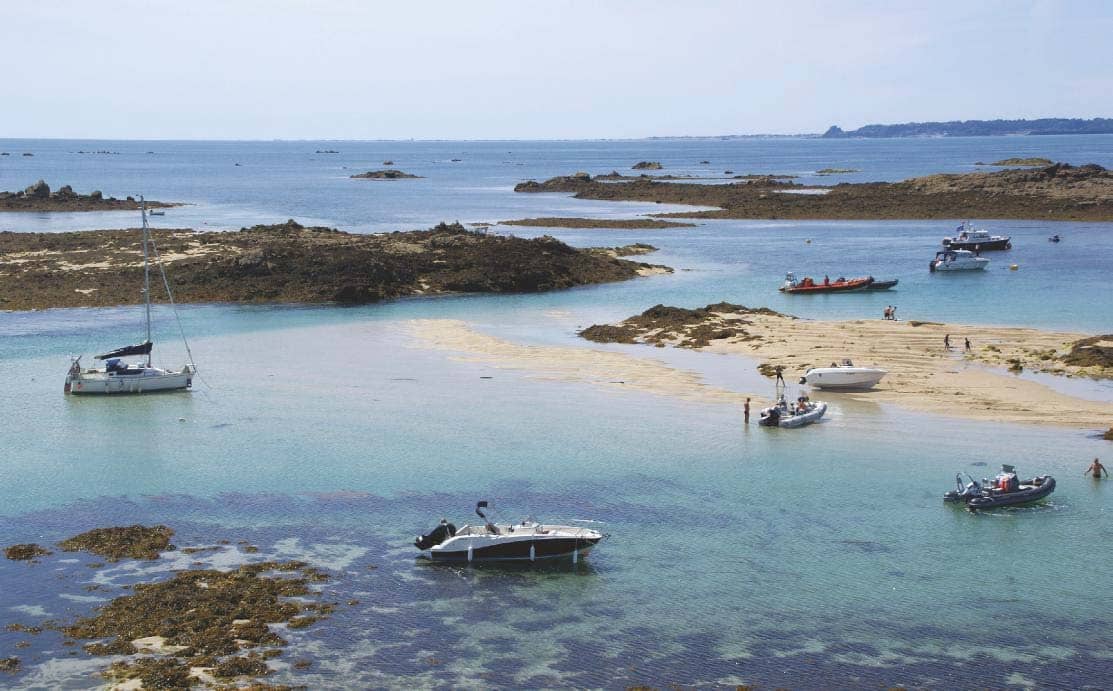 Getting close in to the coast to explore a tidal channel or fi nd a snug anchorage is rewarding, but close attention must be paid to the visual clues, explains Ken Endean

The term ‘eyeball pilotage’ is generally used to describe the process of conning a boat by direct visual clues, where charted information is incomplete or suspect. Those clues may be above or below the water and Rachel Sprott, in her article ‘Navigate any coast’ (YM July 2019), described the time-honoured method for crossing coral reefs, where a sandy bottom will look darker in the deeper areas, particularly when observed down-sun or through polarised glasses. In our home waters, around the British Isles and Atlantic France, that technique can be equally valid but needs to take account of local conditions.

Photo 1 was taken at Les Écrehou, the small group of islets and rocks to the north east of Jersey. Sailors from Jersey and Normandy usually arrive at around half ebb, with the tide slightly higher than in the photo. Some of them, approaching from the left of the picture, like to anchor in the Pool, the mooring area at the top right, and the most popular entry route is via the gully between the two rocks in the middle. Even when the reef is covered, at a greater height of tide, the submerged gully offers two visual clues: both the deepest channel and the weed-covered rocks look darker than the surrounding sand, although they convey different messages. 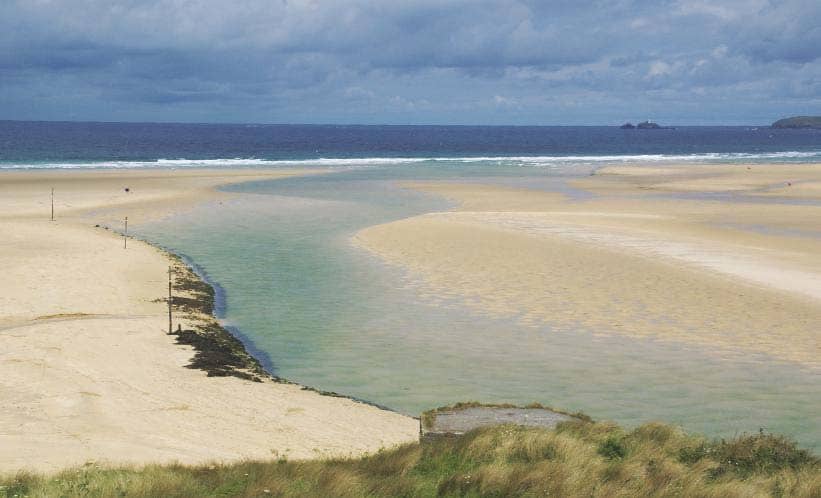 A channel through sand is a feature at Hayle, in North Cornwall, where the approach to the drying estuary runs across a wide foreshore but is essentially unmarked, the channel diverging from the old retaining wall (as seen in image 2, above) and varying its alignment from time to time. It is usually visible under water, as a slightly darker area, but only when you are close above it, so finding it is difficult at high tide. In the absence of swell the outer banks can be crossed safely but I try to identify the line of the channel before reaching the training wall, where on each side the banks are higher and the water shallower. Fishing boats coming and going might demonstrate the best line but most boats from Hayle have shallow draft and simply ignore the channel at High Water. The best time to observe their track is during the young flood, when they have to depart along the channel in order to make an early start.