ADVENTURE A WALK ON THE WILD SIDE 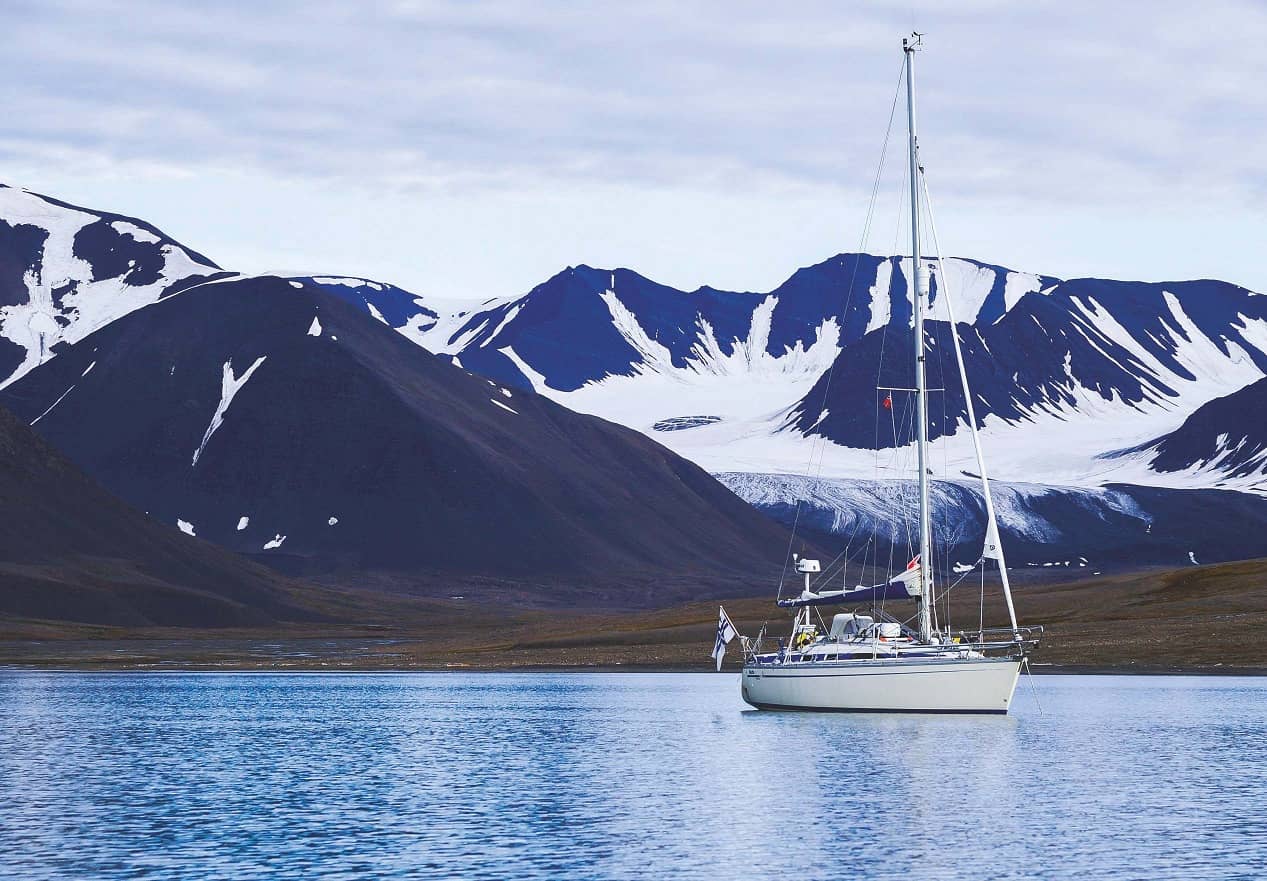 Our hand-held VHF burst into life. Esa’s excited voice came over the radio.‘There’s a polar bear attacking the dinghy!’ Petri and I hurried back to the beach, abandoning the tea and pancakes we were just about to tuck into with some Russian geologists who had a research camp nearby.

The rocky terrain was slippery due to the rain, making it difficult to stay on our feet. On the beach the sad sight of a deflated dinghy lying on the sand greeted us. With relief, we saw the polar bear was gone, but evidence of the predator’s teeth and claws could be seen on the dinghy. Luckily we were able to patch the holes.

We were in Sallyhamna, a reasonably sheltered anchorage on the northwest tip of Spitsbergen, and two months into our voyage around Svalbard.

We had planned our trip to the Norwegian archipelago carefully, waiting for the favourable ice reports: good for us, but not for the polar bears.

The edge of the Arctic ice pack had withdrawn to the north, and even the critical Hinlopen Strait, our gateway to return south from the northern shores of Spitsbergen, seemed to be navigable.

The plan was to sail around Spitsbergen, the main island of the Svalbard archipelago, situated about midway between continental Norway and the North Pole. Depending on the ice situation this passage can be a challenge even for steel boats. We would be attempting it in a small fibreglass boat, my Bavaria 300, Ruffe, and there was certainly some anxiety in the air as we prepared to continue north from Longyearbyen, the capital of Svalbard.

To get here, we had already sailed for five weeks. First across the Baltic Sea from Helsinki to Copenhagen, then up the coast of Norway to Tromsø and across the Barents Sea. In Longyearbyen we provisioned for three weeks of Arctic wilderness; the next chance to get any supplies would probably be in Norway, 1,000 miles away. With 220 litres of diesel we would be able to motor for about 500 miles. The diesel heater would only be used while sleeping.

Our first stop was Ny-Ålesund, one of the northernmost settlements in the world. We got there at 0400 and decided it was time for dinner; the time of day doesn’t really matter here, as the sun never sets. In the summer, Ny-Ålesund is a busy Arctic research hub, and there was certainly no shortage of scientists; we even witnessed one man chasing a goose and trying to imitate their honking. We had difficulty stifling our laughter. 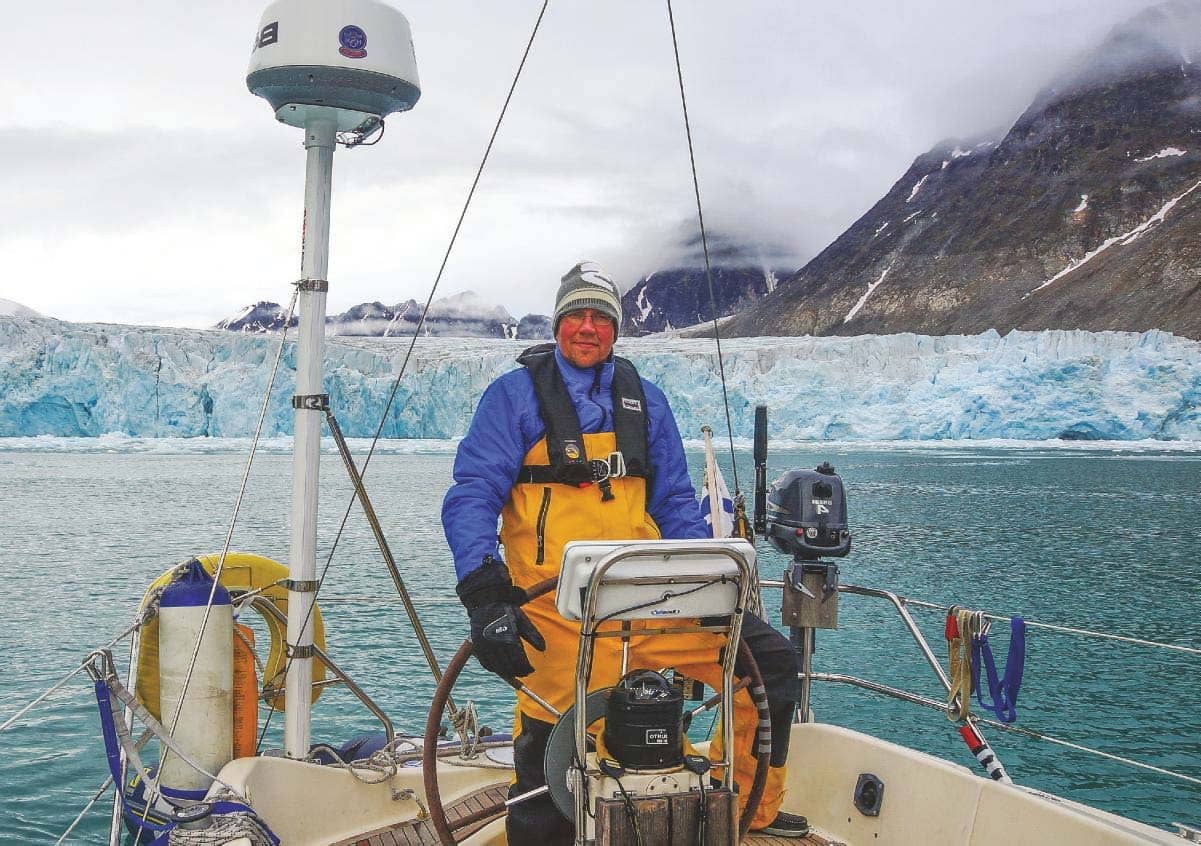 CAREFULLY AMONG THE ICEBERGS

We continued north towards the sheltered and beautiful Magdalenefjord and dropped the hook in just three metres of water at Trinityhamna. Big chunks of ice can break off the glacier here at the end of the fjord, accompanied by a loud rumble. These masses of ice move around with the wind and tide and can quickly surround the boat or get wedged over the anchor, so we set up an anchor watch.

Now the weather was calm, we felt confident to leave the boat. We hiked to the glacier, where we had some well-deserved beers while constantly looking out for one of the largest land carnivores in the world – the polar bear.

Trinityhamna also seemed less inhospitable, especially when the clouds parted and the snowcapped peaks surrounding the fjord became visible. But, the accompanying strong headwind made our progress painfully slow as we inched our way towards Sallyhamna. Once anchored, we listened to the wind howling in the rigging as we fell asleep in our bunks.