A WEEK A FLOAT SICILY 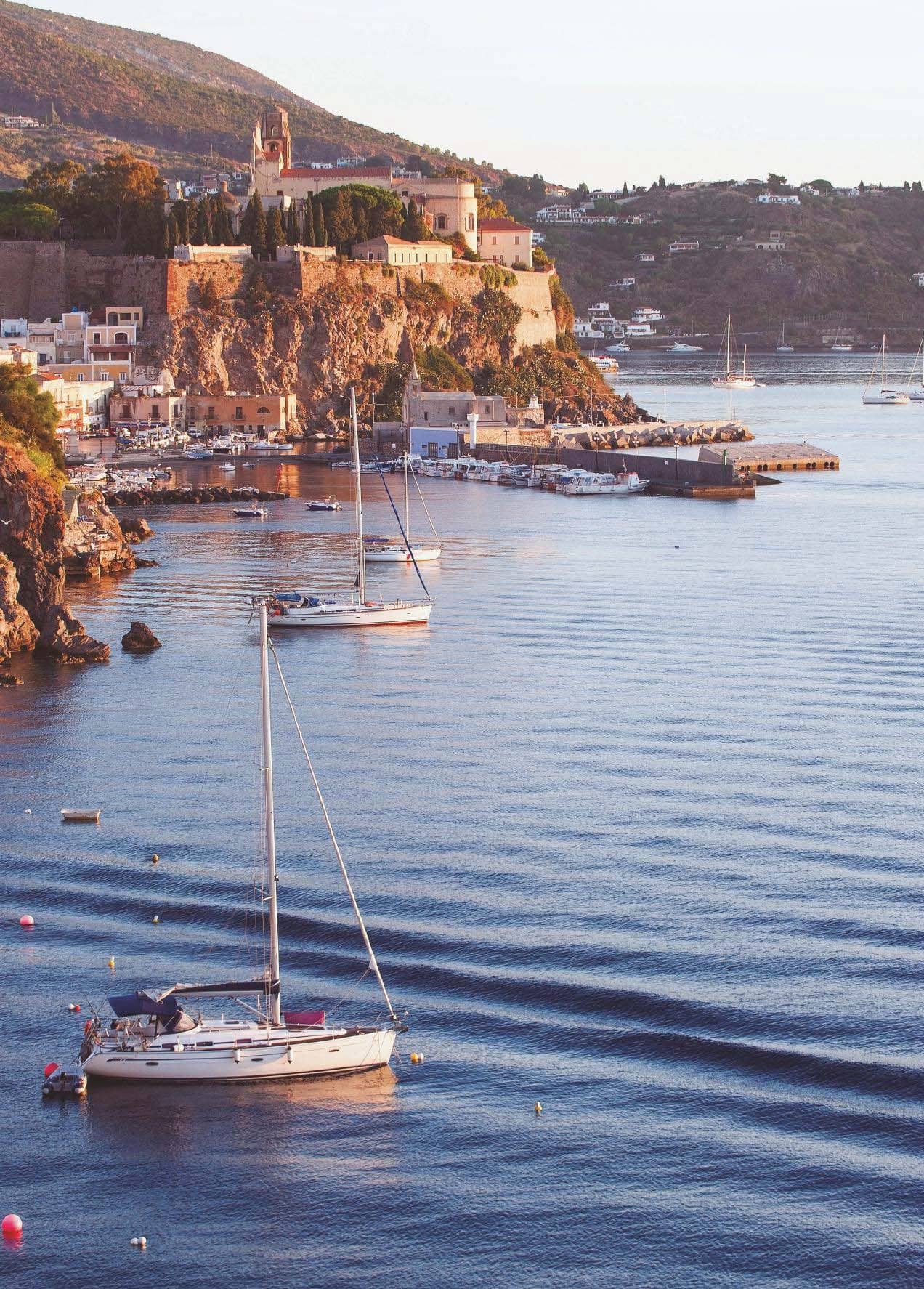 DO YOU ONLY HAVE A WEEK TO SPARE?

For those of us who are time poor but who want to seize the moment, either on our own boat or on a charter, it is reassuring to know that there are plenty of cruising hubs from where we can enjoy some of the best of the region in only a few days. A Week Afloat, commissioned by Yachting Monthly and Imray, visits some ideal destinations and suggests a one week itinerary. Each article, complete with expanded information about cruising each area, will be available as a PDF download via Imray’s website or Google Play Books. 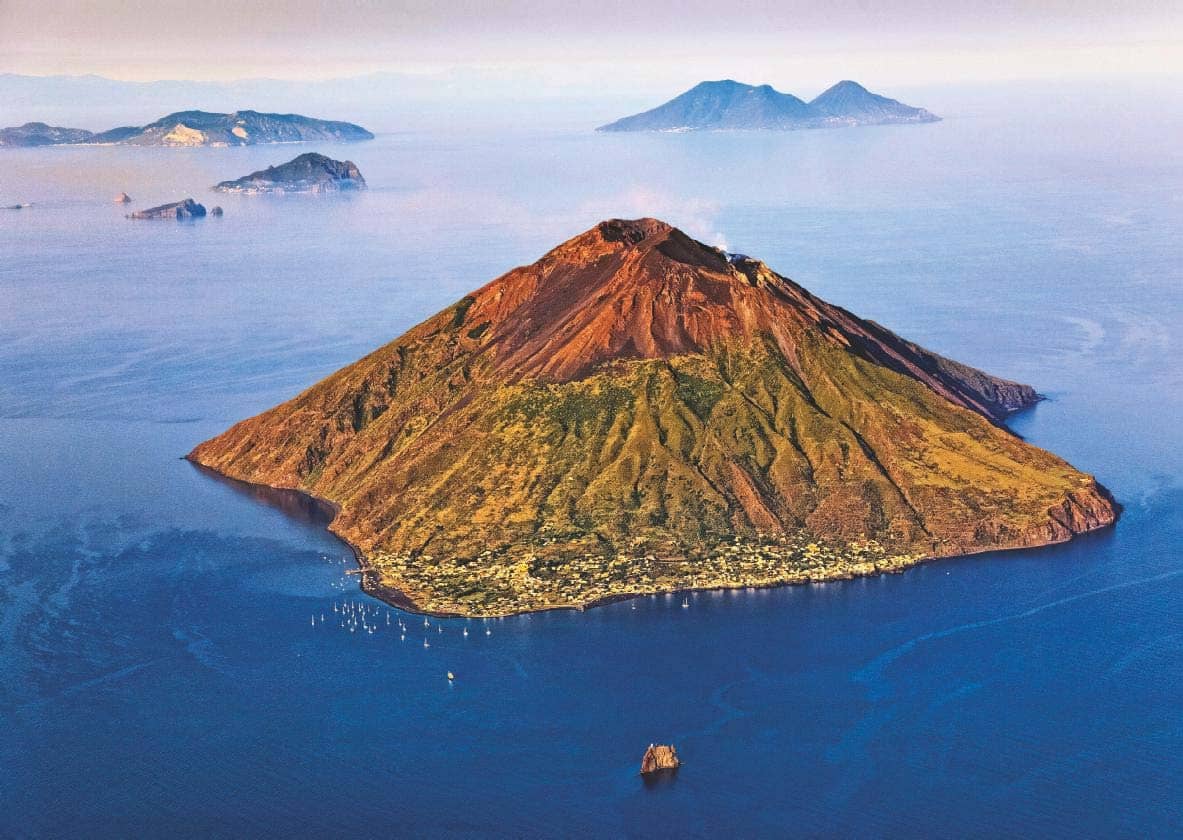 Sicily is the largest island in the Mediterranean and although it is part of Italy, Sicilians consider themselves first and foremost Sicilian, not Italian. The north coast stretches from Capo San Vito in the west to the entrance of the Strait of Messina, some 140 miles to the east. The island’s name is derived from a somewhat forgotten tribe, the Sicela, who migrated here in about 1000BC. Soon after this the first Greek colonists arrived. One of the Greek names for the island was Trinacria, the ‘three-cornered island’. The flag of Sicily, the Bandiera di Sicilia, shows a Medusa’s head with three running legs, and has some similarity to the Isle of Man flag.

The Aeolian Islands, known locally as Isole Eolie, are scattered like stepping stones from Vulcano, just 12 miles off the coast of Sicily, up to Stromboli, the ‘Lighthouse of the Mediterranean’, in the north. They take their name from Aeolus, the god of the winds, the very same who caused Odysseus problems on his return from Troy. Also called the Lipari Islands, after the principal island, the archipelago consists of seven main islands: Stromboli, Panarea, Filicudi, Alicudi, Salina, Lipari and Vulcano. They are formed from the peaks of volcanoes and two remain active: Stromboli and Vulcano. The archipelago has been listed as a UNESCO World Heritage site due to its historic and ongoing volcanic phenomena. Each island has its own character, from the cosmopolitan Lipari to the quieter islands of Alicudi, Filicudi and Panarea, and the explosive Stromboli to the sulphurous Vulcano. Although there are no really secure harbours, there are sufficient berths and anchorages sheltered from the prevailing summer winds to make it an interesting cruising area. 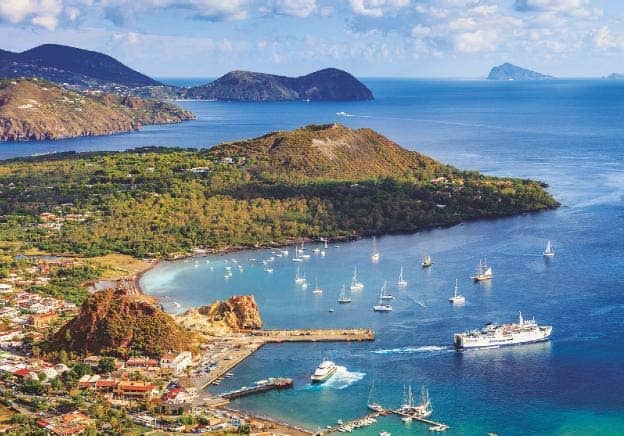 The Sicilian coast between Sant’Agata di Militello and Milazzo is closest to the Aeolian Islands and is ideally suited as a jumping-off point to the islands. Along with the above-mentioned ports, Marina Portorosa and Marina Capo d’Orlando are the main bases for charter fleets.

For a week-long cruise it matters little which of these ports you are starting from, as our itinerary is concentrated around the island group. Likewise, the order in which you visit the islands can be a moveable feast as distances are not huge. It pays to keep an eye on the weather as some places offer better shelter than others. Don’t be afraid to change your plans to suit the winds. Provisioning can be limited (but delicious), so stock up before you go, topping up with fresh goods as necessary. Eating out is a delight in the islands; plenty of fish, mostly tuna, swordfish and anchovies, dressed with locally grown capers and olives, washed down with the local Malvasia wine. 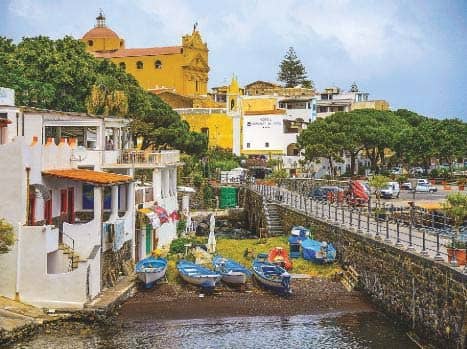 DAY ONE: SICILY TO VULCANO (APPROXIMATELY 25 MILES DEPENDING ON START BASE)