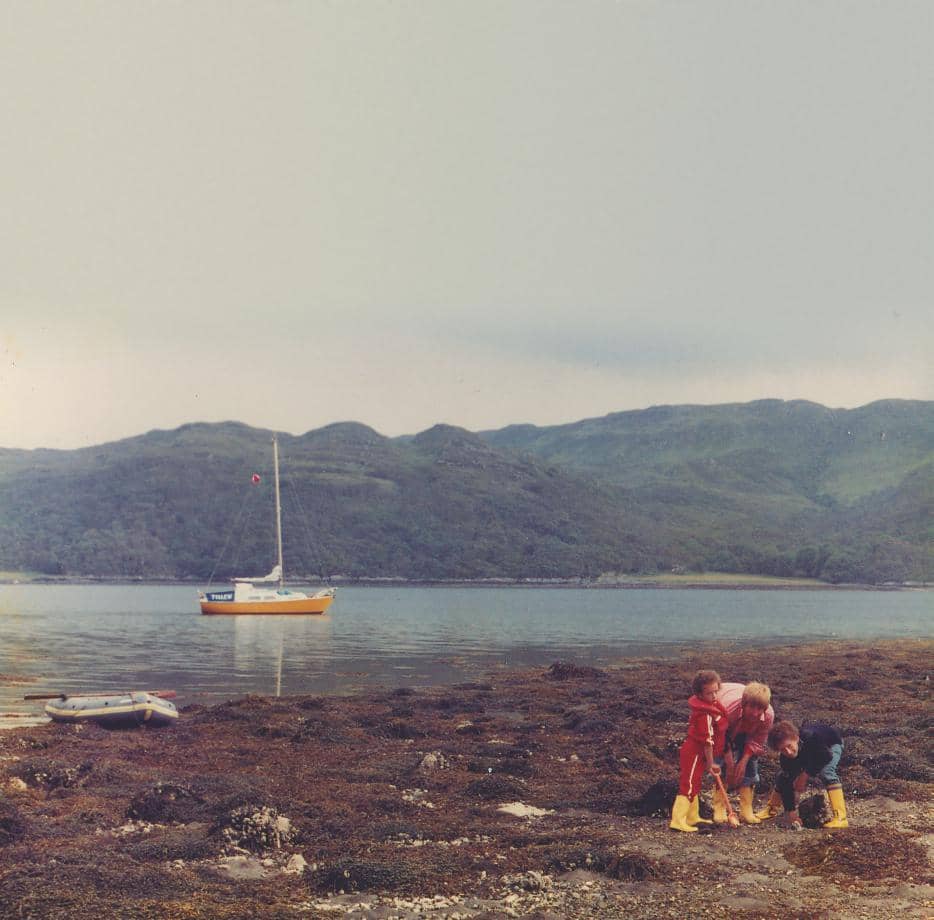 Brian Black looks back at 50 years of cruising, mostly shared with his wife Lesley and their children Kieron and Sarah, and reflects on how it shaped his sailing

The wails of complaints and a sense that the world was a little awry was the first clue that all was not well. Back in the day we had a 26ft Fairey Atalanta, complete with lifting keels, two small children, a large dog and more enthusiasm than experience. We went with the tide to anchor in Lochranza on Arran, expecting to dry out on the shingle at low tide. After a nightcap we settled into our bunks, confident that with the boat high and dry, nothing would disturb our sleep. We were so wrong. Having dried out on a ledge, the boat was at such an angle that the children had slid into balls of grief in their sleeping bags. So began a sailing career that had us crossing seas, visiting strange places and giving our children a taste for adventure that has carried them through into adulthood, still with a sense of wonder at the natural world and all it has to offer. In those days, nearly 50 years ago, the west coast of Scotland was a faraway place. Long summer holidays allowed plenty of time to explore deserted bays and anchorages. Navigation, however, involved a lot of guesswork; there were no chart plotters or GPS. Instead, we relied on distance run, dead reckoning and chart work. Unsurprisingly, there were errors. Entering what we thought was Loch Rodel on Lewis in the Outer Hebrides and looking for the red roofed barn described in the pilot book, it became clear something was wrong. Further reading confirmed we had entered not Loch Rodel but a ‘dead-end bay, much encumbered with rocks.’

I like to think that sense of adventure became a life lesson for the children. They quickly learned from their parents’ mistakes and while they sought excitement, it was tempered with the need to check the facts. There was always anticipation in getting ashore. We would load everything into the inflatable, including a large and macho Dalmation dog with a bad attitude to seals. ‘Hold onto his lead, Sarah, we don’t want Fletcher jumping out here,’ we told our three-year-old daughter. ‘Yes Daddy,’ were her last words before Fletcher mistook seaweed for shoreline and jumped, towing our precious daughter underwater through the bladder wrack to reach dry land.

Every rockpool was an outdoor classroom with blennies, crabs and snails to be caught, examined then released back safely into the wild. Wrecked fishing boats became pirate galleons for Kieron and Sarah, a walk through the heather took us to a world apart where deserted ruins spoke of the tragedy of the Highland Clearances but to us they represented the lost city of Atlantis.

To this day, the kids remember the hiss of a Tilley lamp as their mum read tales from the Just So stories before turning in, the silly games we played to offset the boredom of long passages, the fenders with sticky-tape faces trailed astern on long lines, racing each other to get back on board. As the years flew by, the boats got bigger – a 27ft Macron Sabre, a 36ft Uffa Fox yawl, and a 34ft Van de Stadt. We went further. Around Ireland, the Scillies, Brittany, Spain and in between, back to our beloved Western Isles.