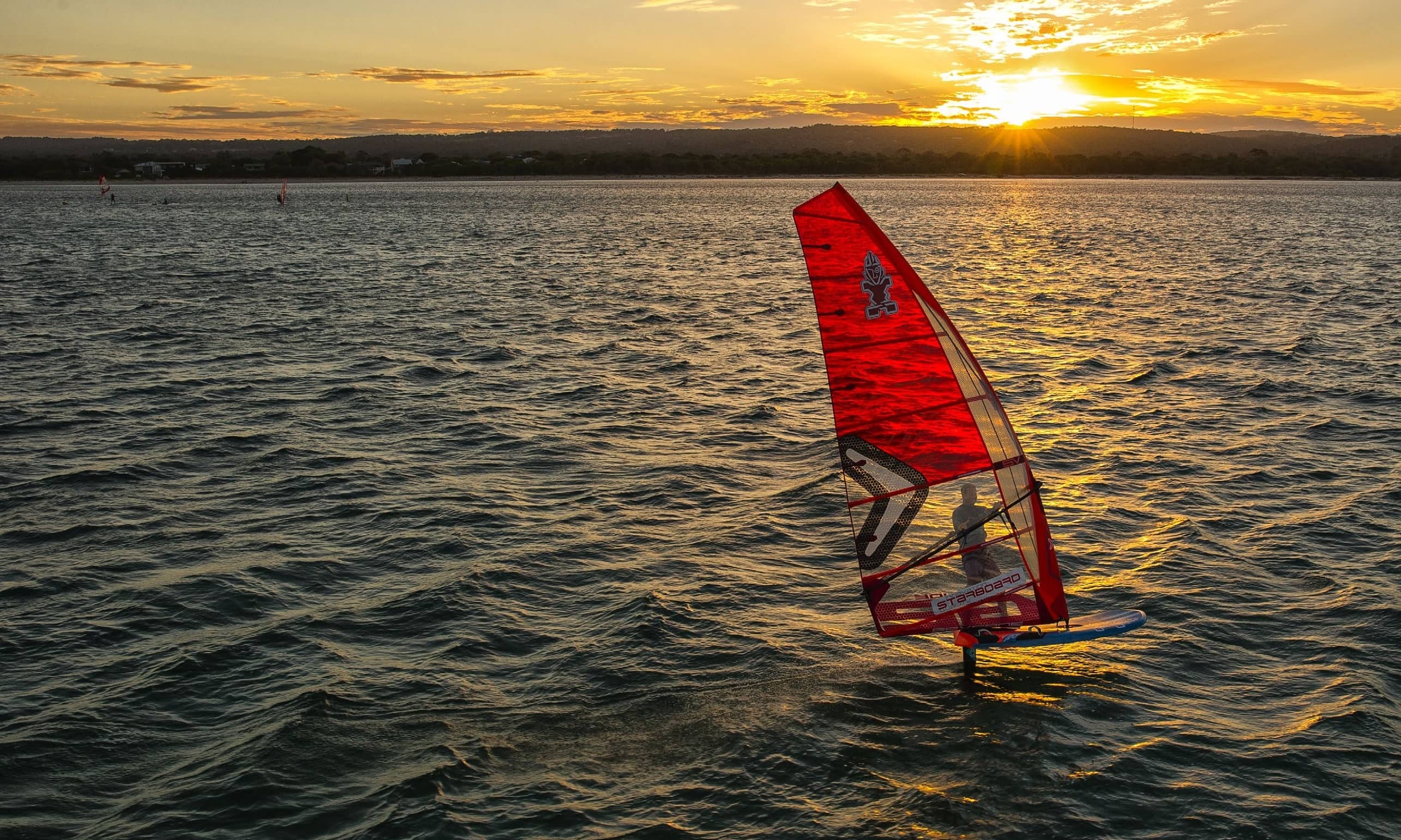 In November 2019 the World Sailing Council approved the iQFoil as the equipment for windsurfing events at the 2024 Olympic games in France, replacing the RS:X, which was the chosen Olympic equipment since Beijing in 2008. It was a massive coup for Starboard and Severne and the result of years of hard work, innovation and dedication from the team behind the scenes. John Carter caught up with some of the key players to learn more about the process of winning the bid and designing the gear, and we also learn about how you can get a hold of the kit in the UK and get racing on it!

TIESDA YOU - STARBOARD’S HEAD OF BRAND AND DESIGN.

Windsurfing foils have been around a long time. There were the garage-built foils from the earliest days. Then there were the custom foils made in limited quantities by some of the earliest pioneering local brands such as Horue, F4 and Loke. EARLY DAYS Our first foray into foils started in 2003 when Starboard collaborated with legendary Hawaiian waterman Rush Randle on a solid aluminium foil. In 2012, inspired by the sheer performance of America’s Cup boats on foils, I started work on several foil concepts under the Starboard Foils division. In August 2016 came the breakthrough, an innovative racing foil with a new geometry bringing a fresh level of performance. With a foil that had stability, wind range, upwind performance and the ability to take-off in the lightest winds, foil racing was ready to take the next step.

I remember it like it was yesterday. The Starboard team was on the beach with Gonzalo and I working on the Race foil and Remi working on a new Formula board with Wojtek Brozozowski and Michal Polanowski. The Formula team were going backwards and forwards adjusting the shape of the Formula board in millimetre increments and gaining small performance steps with each change. I set Gonzalo up on our final racing foil geometry and with some of us watching from the beach, it happened right there before our very eyes: Gonzalo pulled away from the Formula racers, bearing higher upwind and overtaking them. When Gonzalo returned to the beach, we looked at each other smiling. Without exchanging any words, we both knew it, this was the beginning of a new era. We had just witnessed the end of Formula and the birth of foil racing. The Race foil went into production and became a big hit. Weekend racers were the first to enjoy the wind range and the ability to fly in the lightest winds. Winds are quite light in Thailand where we are based, so it was a big change for us too. It used to be hit and miss with planing boards, but with the race foil, we could fly and get our adrenaline fix almost every time we went to the beach. PWA racers quickly got into it and the PWA started introducing exhibition races, then official events. At the time nearly the entire fleet was on the Starboard Racing foil and we won virtually every race, winning the PWA Foil title two years back to back. Then came the Formula racers and eventually the word got out to the RS:X community.

On January 13th 2018, I received an email from Dutch racer Casper Bouman introducing me to Aaron McIntosh, head coach of the Dutch RS:X team. Casper was flying on his foil and he thought it would be great to set up the Dutch Olympic team with these Race foils. Aaron is an inspirational figure (Editor’s note – Aaron won a bronze medal in the 2000 Sydney Olympics in the windsurfing class). I visited him in New Zealand, really just to have fun and go foiling together. We ended up making plans to bring foils to the Olympics. I was pretty burnt out by then since we’d made two or three unsuccessful Olympic bids in the past. Each one drained so much resources and led nowhere. But Aaron’s energy was infectious, and he made me feel it was worth one last shot because the game had totally changed with this Race foil. From that trip, we set the wheels in motion. We put together what we called the Windsurfing Foil Olympics working party, which comprised of Remi Vila, Aaron McIntosh, Antonio Cozzolino, Dorian van Rijsselberghe, Kiran Badloe, Nick Dempsey, Svein Rasmussen and myself as the founding team. Remi put together an ambassador team of men and women RS:X riders to showcase our foiling kit to. I put together an RS:X program for the foils and Aaron’s team lead the charge within the community. The word quickly spread and before you knew it, the RS:X community was buzzing. People were grabbing Formula boards, putting in the Race foil and all everyone could talk about was foil racing. 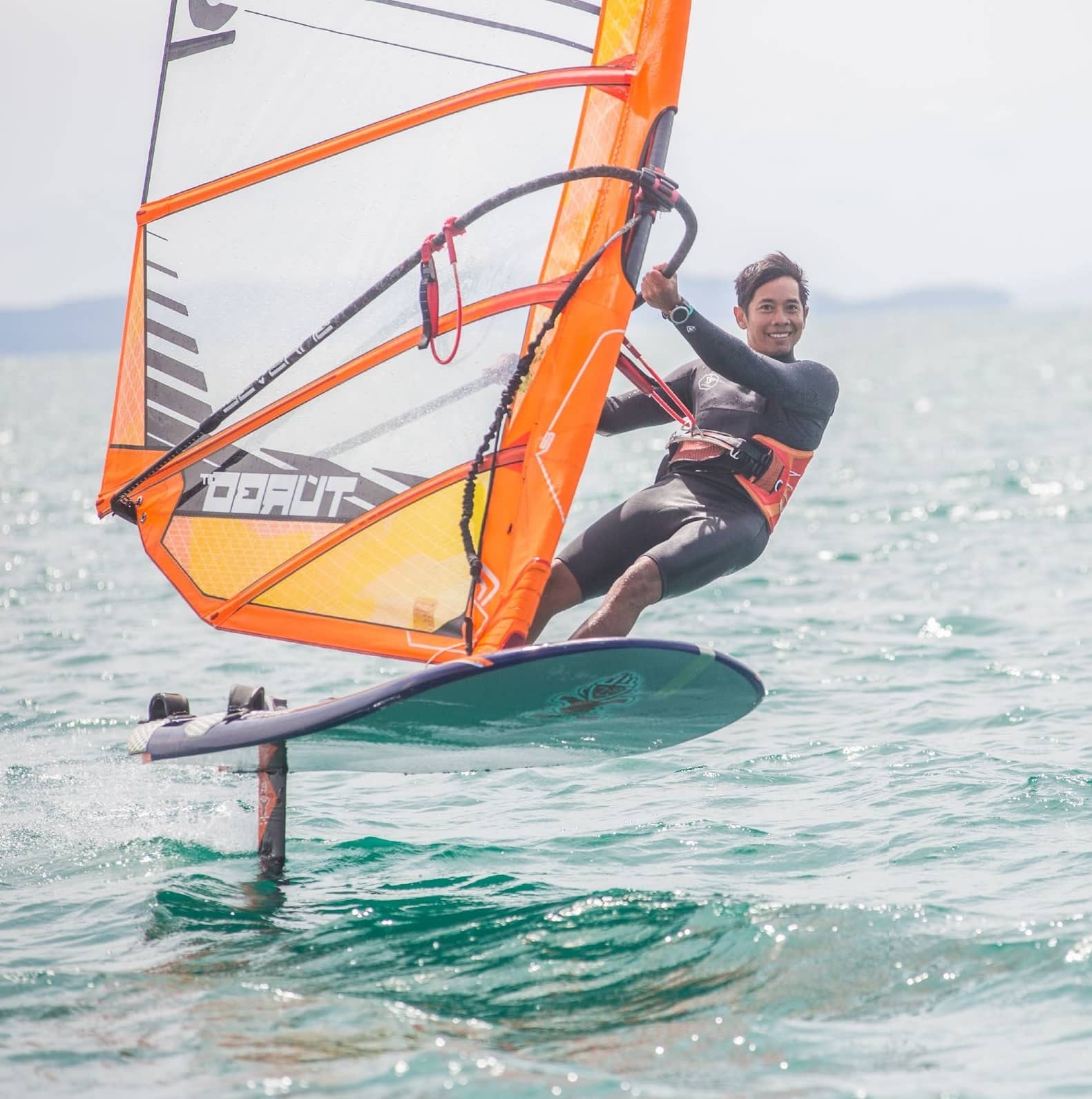 Strangely, I had faith that the Olympics and World Sailing would have sports, sailing and youth’s best interests at heart. So with what the Starboard Race foil had to offer, I somehow felt that it was inevitable. From the beginning of the Starboard Race foil development, I’ve seen weekend racers transform when and how they could race. There was such a massive wind range, increased performance and the possibility to fly in very light winds. Then came the PWA racers, then came the Formula racers, and here we are today with the Olympic community joining in. I somehow felt that it was inevitable.

The iQFoil package includes the latest Starboard Race foil, known as the Race Plus, and a second shorter fuselage for long-distance marathon races and reaching courses. It still uses the same racing geometry as the breakthrough design from August 2016, but with some evolutions. The front wing position has moved forwards to improve early take-off and upwind performance, while the tail wing angle is now adjustable to improve wind range and top-end speed. The fuselage is thicker for more stiffness and control and the mast is also stiffer. 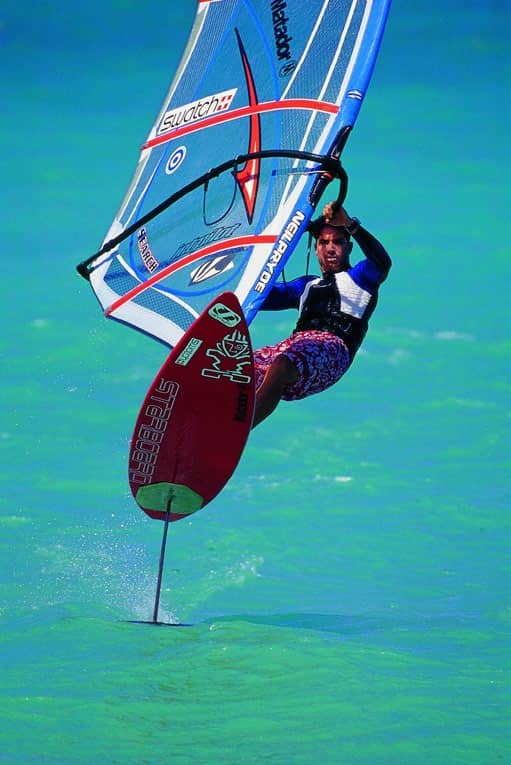 At the very least, iQFoil will make Olympic windsurfing much more exciting, more relevant and inspiring to the average windsurfer. What is exciting is that we have an opportunity to go much further. Because foil racing is not just for the Olympian, but also for the weekend windsurfer. The iQFoil has the potential to become the one class that unites all windsurfers: the Olympic community, the PWA, Formula racers and the weekend racer. I look back to where it all started to where we are at today. It’s been an amazing journey, yet the best is yet to come. I get goosebumps thinking of where windsurfing can be if it all goes to plan. We’re only halfway there. 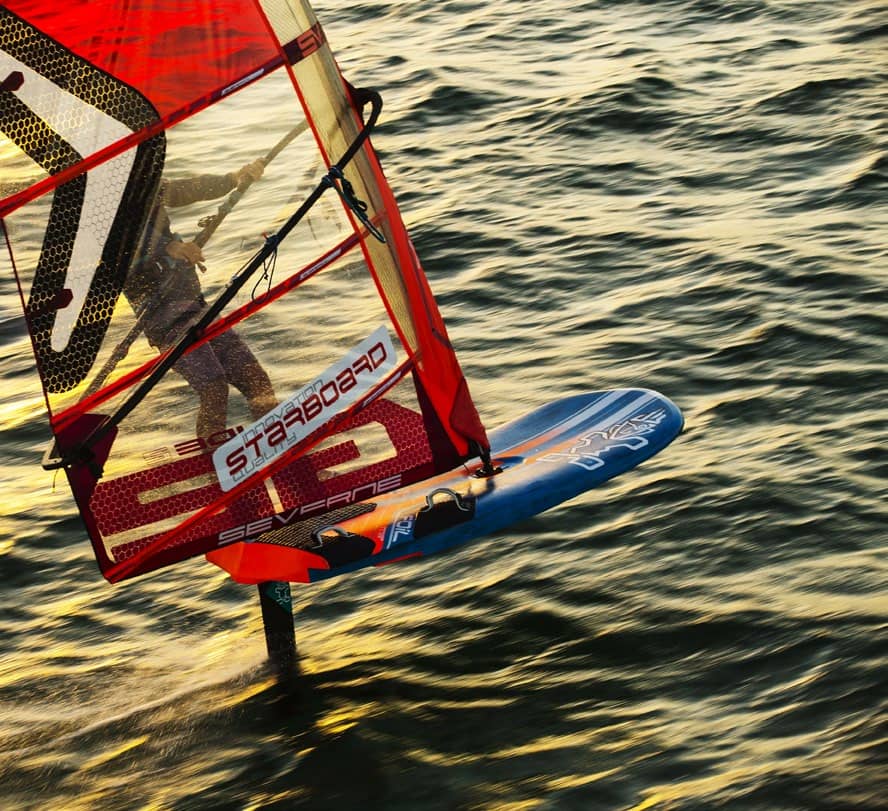 The name will be the Starboard iQFoil, which stands for ‘Innovation Quality Foil’. This is the Starboard trademark. The story must start from the beginning when I was 12 years old, that is not a joke. I had a friend Jean Pierre Delta to who participated in the design of the ‘Windglider’, which became the 1984 Olympic board. He helped teach me how to windsurf and how to shape. This guy showed me so much in the early days and I remember saying to him, “If you designed an Olympic board then so will I!”

I had a big opportunity in the year 2000 when Starboard first brought me on board. Since then my focus was all about the Olympics. In 2002 we really started to focus on it. We came in with the Z class for the first time at Hayling Island. The board was not that bad, but the Mistral Prodigy was the winner and the RS:X was third, I think. For some reason RS:X became the Olympic class. Then in 2008 we came back with Formula windsurfing. I don’t think the Olympics were ready for that at all. Fast forward to 2011 and there was another possibility where there was a new trial. We did a lot of development, but in the end they decided to stay with RS:X. A lot of this development went into the bin, but some of it was very useful for the Phantom race board. This board was very successful, so it was all good.

In 2019 we finally had the possibility of the Olympics with foil. We worked for more than two years on it. We tried every possibility to make the very best board, sail, foil and every tiny detail. The hardest part was to make a package which would be affordable. Foils themselves are quite expensive. We decided to go for one sail, one board and one foil, but with two fuselages. This was the best option because with two fuselages you can reduce the power of the foil and handle the sail in way more wind. On top of that we have the option to have one fin just in case of very windy and wavy conditions, so we still have the option to race.