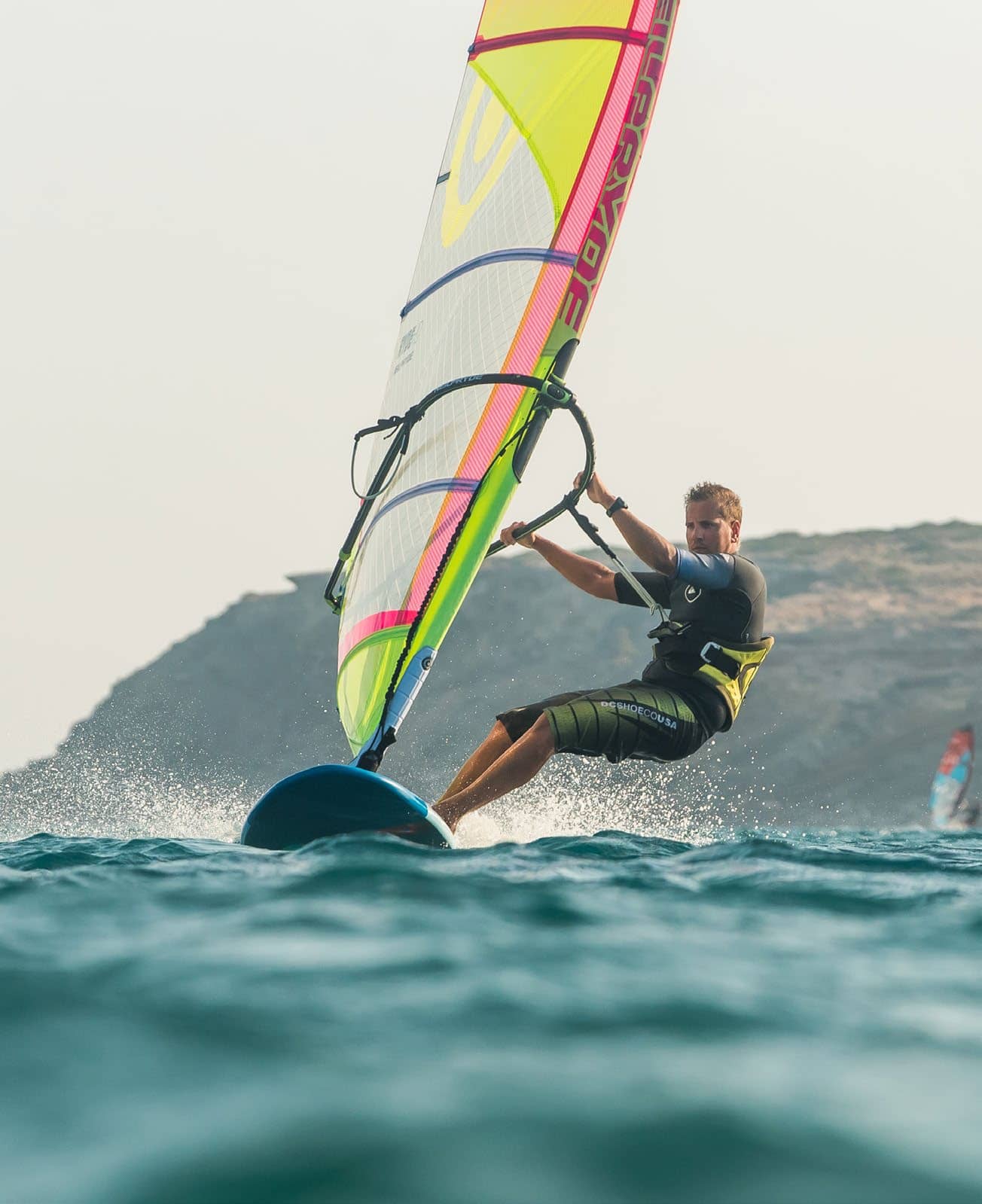 Prasonisi in Rhodes is noted for its unspoilt beauty, great winds and both flat water and onshore wave conditions. Nicolas Jones and Jem Hall give us the lowdown on this special Greek spot.

When you think of Rhodes, images of ancient Greece may well be conjured up - the Colossus statue astride the harbor of Rhodes or perhaps the madness and mayhem of Faliraki. Or maybe it’s a more tranquil scene, a white washed villa fringed by Mediterranean pine overlooking the beautiful azure waters of the Aegean perhaps. But Rhodes is also home to some perfect windsurfing conditions. What is a perfect windsurfing spot though? After all, perfection means different things to different people. Some may wish for warm water; some for flat water, others for waves; some for medium and stable winds, others for strong winds; some for peace and tranquillity, others for great food and convivial company; some prefer their own board while others wish for a range of kit to try out. Well, Prasonisi ticks all of these perfection boxes. And that’s before we even talk about wind stats. But we are getting ahead of ourselves - where are we? Prasonisi is a tiny settlement, not even a village, on the southern tip of Rhodes, as far from the madding crowds as you can get on this island.

Flying into Rhodes airport you look down at an ancient and famous town that is surrounded by a hinterland of villas and pools that stretch along the coast interspersed with large hotel complexes. Prasonisi is located at the southern tip of the island, in every way the complete opposite to the north end of the island. From the airport it’s an hour and twenty minutes drive and once you escape the purpose-built resorts that litter the northern half of the island the road leaves the coast and passes through typically Mediterranean countryside of olive trees and small fields bordered by stone walls. The odd white-washed farmhouse dots the scene. The occasional luxury hotel development on the coast can be seen off in the distance, but otherwise, it is just a scene of pastoral tranquillity, a scene that has barely changed since time immemorial. Finally, a sign indicates a left turn onto the small road to Prasonisi. It winds up over a hill, and then the road sweeps down and to the right and there below you is Prasonisi - a wide stretch of sandy beach that narrows before meeting the island upon which stands a lonely lighthouse - the sentry at this southernmost tip of the island. The wind blows from the right, so to the right of the beach is the wave beach that works best when the strong wind has been blowing a couple of days to really build the swell. To the left is the flat water beach – the cross-offshore direction means that even in strong winds the water is flat. Set back from the beach is a small cluster of buildings that comprise the two tavernas and their associated rooms. That’s all there is to Prasonisi – beach, wind, and bed, it’s that simple. 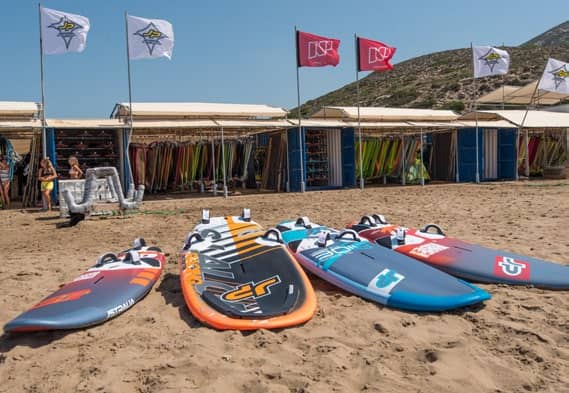 Prasonisi was discovered to be a great windsurfing spot by a group of Slovenians in the early 90s. There was nothing there, just the beach and the wind. They came to enjoy the wave sailing and camped on the beach; legend has it that they enjoyed letting it all hang out when sailing! It must have been quite a shock to the local goat herders and fishermen, who were the only other visitors to Prasonisi at that time. Word soon spread and the Polish began bringing groups each week with all the kit in a van. Christof Kirschner was the first to open a rental center on the beach in 1999.

There was a Kantina (snack bar) on the beach, which grew in size year after year and eventually the first taverna was built, which was quickly followed by the Lighthouse taverna that is still there to this day. Prasonisi now consists of two tavernas, with some attached rooms and two small supermarkets, and that is pretty much it. All the land around is owned by the military and so effectively Prasonisi cannot expand any further out and local planning means that development is limited to two stories, so Prasonisi has hardly changed in the past 15 years.

What this also means is that there are a limited number of beds in Prasonisi and so this also keeps a lid on the numbers of people on the water – meaning plenty of space for you to enjoy.

The arrangement of the hills on one side and the island on the other side creates a natural wind tunnel, a Venturi effect, so the wind is accelerated as it passes from the wave beach, across the sand and then out into the bay, that is the flat waterside. This Venturi effect can boost the wind by 1 force i.e. a force 4 wind becomes a force 5. The cross-off shore wind direction combined with flat water makes this the perfect spot to improve and boost your windsurfing skills.