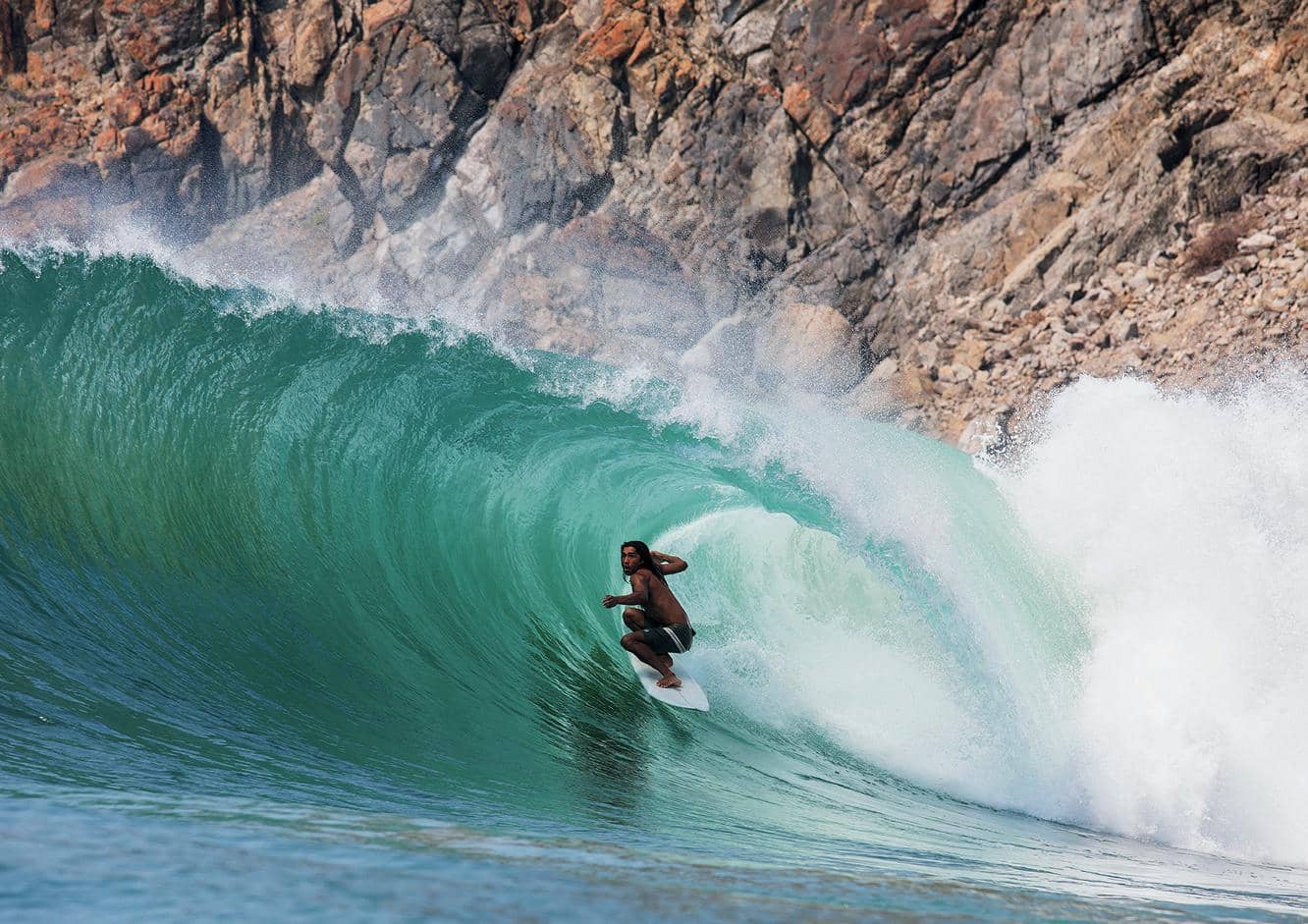 From classical trims to punk-inspired punts, these six young aesthetes are drawing some of the most interesting lines of surfing’s new generation

Zack Flores shaped his first surfboard when he was 10 years old. Ten! Imagine even wanting to do a thing like that at that age. Most 10-year-old kids think surfboards just come from the surfboard store—if they think about where they come from at all. They probably have no earthly idea what foam or fiberglass are, or that a surfboard is made from those bizarre concoctions. Nor would they know what templates, rails, and bottom contours had to do with how a board surfs. And perhaps young Flores didn’t either. But one day a neighbor kicked him a busted hunk of a longboard, too short for a grown-up to make use of, and Flores whipped it into a surfboard. He hasn’t stopped, though he’s still just 18.

Flores’ savvy extends well beyond the shaping bay. You remember those teenaged kids who seemed to have it all figured out, style-wise? When you were just trying to blend in at your local high school, to survive the adolescent years, these kids sauntered into class seeming like they were a good 10 years ahead of everybody else? Their clothes were cool, they dug music you’d never heard of, they weren’t sweating the same mundane shit you were like they were living in an entirely different plane of existence? Yeah, that’s Flores.

Just last summer, at age 17, for example, he jetted over to Spain at the behest of Joel Tudor to hang heels in the Duct Tape Invitational. Sample a little Basque culture. Perhaps some regional cider, French wine. Not bad. How’d you spend your teenaged summers?

Flores turned the gray-bearded head of Tudor with his classic (if such a thing can be said for an act that’s devoted to improvisation and whimsy) logging style. A goofy foot capable of mile-long nose perches standing statue-straight, long arms dangling at his sides, an elegant cross-step back to the tail for a power turn/stall, then maybe a 360 spin on the deck into a switch-stance cutback—that’s a regular ride for Flores. This is a kid who clearly grew up influenced by local hero Ryan Burch. Tudor too. Goofyfoot stylists who walk only their own path.

To walk your own path, though, at least in surfing, you need to ride boards you’ve made yourself. Flores already has nearly a decade of board building experience. Think about how the best surfers have already begun to develop a style and mastery of surfing as young kids. Now apply that to shaping and imagine where Flores could go.

“Shaping your own boards opens your mind to different opportunities on a wave,” he says. “When you first start shaping, boards won’t come out the way you want them to. But that’s great because you learn that anything can work, really. There is a lot more variety when you’re making it yourself than you’ll find in conventional boards.”

These days, he often builds himself acutely-foiled,single-fin logs. Though, like most longboarding kids, he went through a shortboard phase first. It’s what you’re sold as a kid, after all. From 10 to 14, he rode exclusively thrusters until he grew bored with their limits. Like the best kinds of creators, he had ideas for places he wanted to go, so he dreamt up a way to get there.

“The boards I prefer to ride weren’t and aren’t always available from other shapers. Plus, I’m really interested in quality in all things, not just surfboards. And I want to have really high-quality, well-made boards.”

Flores is at the age when career paths come calling. He already has a reputation as a craftsman worth noting. He’s also humble enough to realize that if his unique style in the water and in the shaping bay is enough to afford him a living mowing foam, he’s a lucky young man. “I’d love the opportunity to make boards professionally,” he says. “I’d be honored.”

How’s that for an 18-year-old? He’d be honored. —JUSTIN HOUSMAN 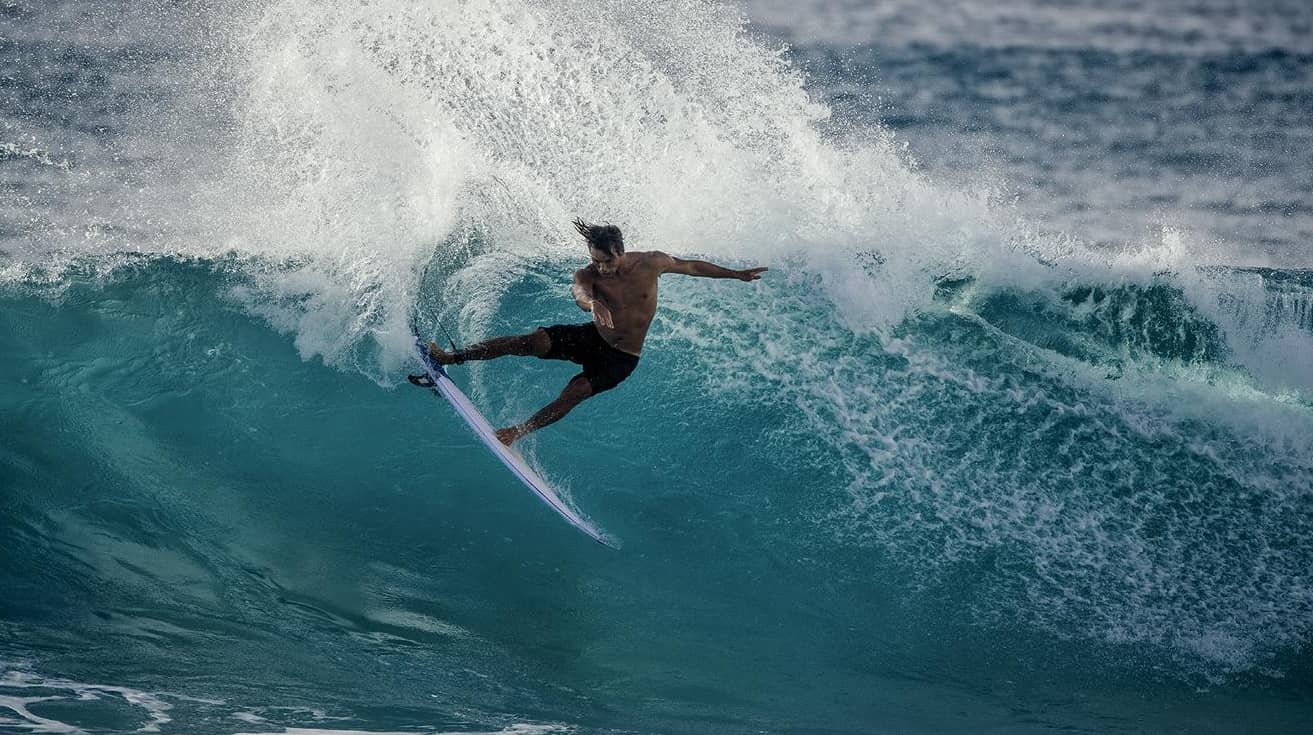 There may be nothing as undeniably stylish as pumping backside, hands-free, through a menacing tube. It’s an approach that requires a combination of skill, poise, and confidence that’s so rare in surfing that anytime a youngster displays such gusto we are prone to deem them the next Andy Irons. Certainly that was the case with West Oz wunderkind Jack Robinson when the slab-hunting teen first started popping up in SURFER’s Hot 100 rankings, and such is the case today with North Shore sensation Barron Mamiya. The now 19-year-old has been pumping backside through big tunnels for nearly half his life and has thus been the subject of AI comparisons for nearly as long.

Last year, Mamiya more than carried the mantle, getting more tubed with more poise than anyone else his age on the North Shore on his way to earning a Breakthrough Performer nod during O’Neill’s Wave of the Winter window. The year before, Mamiya earned a Vans Triple Crown of Surfing Rookie of the Year Award.

Mamiya’s a prodigy, to be sure. Reared on big surf by his hard-charging father, Barry, Mamiya grew up watching, then surfing with Pipe royalty.

“Barron’s got real surf roots in his blood,” says beloved Pipe charger and dry-reef enthusiast Mason Ho. Though Ho’s a bit older, the two spent a lot of time together growing, as Mamiya’s father was, according to Ho, the “right-hand man” of Ho’s own father and uncle, Hawaiian icons Michael and Derek Ho.

Barron Mamiya, carving out a name for himself as one of the North Shore’s smoothest. Photo by GRANT ELLIS

“Barry Mamiya was one of the first guys to grab rail backside and let the ass just drag, all stylish,” says Ho. “Before then, everybody would grab their rail and stay over their board all box stance, no ass drag.”

Pipe requires grace under pressure, no doubt, and Mamiya learned early on—from the best—that sometimes you gotta fake it till you make it; literally. “If it’s a super scary drop, I just try to make it look as natural and chill as possible—even though I’m terrified,” says Mamiya.

The Ho family was and continues to be a big influence on how Mamiya approaches surfing. “What I loved about Derek and Mike, besides their obvious style in big surf, is that they were always so surf stoked,” says Mimaya. “And then growing up with Mason, he’s just himself on every wave. That’s the best.”

Mamiya says style in surfing is all about individuality: “It’s, however, you want to do it. I feel like a lot of people want to watch surf clips and try to imitate certain people. I think it’s more important to do what you want to do and develop your own approach. It’s cool when you see people’s personalities coming out in their surfing.”