After a series of near-career-ending injuries, former aerial innovator Wade Goodall finds new ways to channel his erratic creativity with his film “Pentacoastal”

In January of 2016, Wade Goodall was not in a good place. As other members of the Vans surf team were soaking up the sun, scoping out mysto spots from the deck of a 40-foot catamaran sailing through the Caribbean, Goodall stayed below deck, laid up in bed in the poorly lit bow of one of the boat’s twin hulls.

Hours earlier we’d been sessioning a turbulent-but-playful Leeward Island wedge, which offered mellow roll-ins that grew into perfect, head-high canvasses. It was an ideal setup for a surfer like Goodall, who launched himself into international surf stardom in the mid-2000s with a furiously creative approach, punctuated with innovative, go-for-broke, highly-technical airs. At the Caribbean wedge, Goodall had been surfing predictably well, driving through full-rail carves and tucking under azure curtains. But for most of the session, Goodall appeared to be surfing with an uncharacteristic caution. The one time that Goodall did take flight actually precipitated his lying horizontal below deck. Toward the end of the session, pumping high across the wave’s face, Goodall built a precarious amount of speed before launching into a monstrous straight air, flying up and then out, hanging in space for what felt like an eternity. When he came down, he landed ahead of the wave’s transition in flat, unforgiving water. His board slapped loudly on the sea surface as Goodall let out a primal roar.

Hours later, when I went below deck to check in on him, Goodall was hunched over a sketchpad, doodling away as a distraction from the pain in his knee.

“Beautiful day, right?” he said, with a sly grin. Those who know Goodall well appreciate his dry sense of humor and knack for timing. He’s not the type to wallow in self-pity, even with a bum knee amid perfect waves.

I asked him about his session.

“I saw some of the biggest sections I’ve ever seen,” he said. “I wanted to hit those things so bad, but I’m not sure my body is quite there, yet.”

About a year prior to our trip, Goodall had shattered his left tibia and fibula while filming for a Vans project in West Oz. Metal rods were inserted into his leg for the third time in 4 years. Those 4 years were full of uncertainty and upheaval for Goodall’s surfing career. Just after recovering from his first injury—a compound fracture he suffered while surfing Angourie—he broke his right femur surfing the same spot. He was even driven to the hospital in the same ambulance, in fact. In the midst of his rehabilitation, he was dropped by Billabong, the company that had been his main sponsor since he was 11 years old. Sponsorless for over a year, he sold his house in Queensland and moved to Byron Bay just before welcoming his first child. 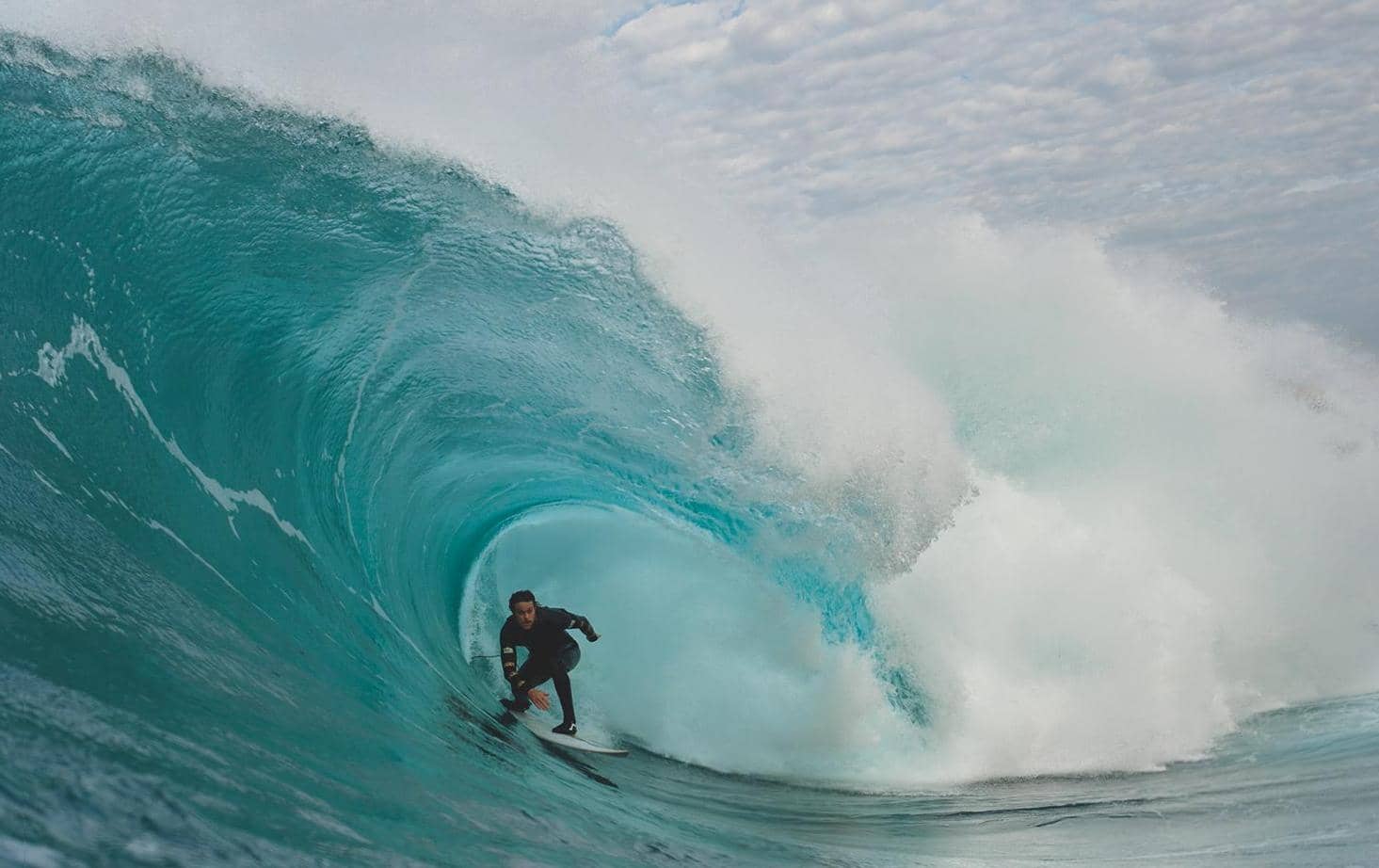 Now Vans had given him a shot at reviving his surfing career. Not only had the shoe brand agreed to sponsor Goodall, but they also signed up to fund a highly-ambitious film that he would both star in and direct.

Second chances don’t come often in professional surfing, and Goodall wanted to make the most of his—but not in the way you might expect from an aerial innovator known for flying high and crashing hard. This new film represented an opportunity to do more than try to stick crazy airs, using the skills that he’d honed, ironically, while he’d been physically broken from trying crazy airs.

“Going through stages of not being able to do things—no big airs into the flats, sometimes not surfing at all—I’ve found other ways of channeling my creativity,” he explained.

It’s March 2018, roughly 2 years since the Virgin Islands trip. East Australia was recently lit up with perfect waves thanks to Cyclone Gita, and while

Goodall should be completely surfed out, he’s somehow still buzzing with enthusiasm, even for the now gutless, waist-high peaks.

“This is honestly the best my body has felt since before the first injury,” Goodall tells me after our session as we ascend a winding set of stairs fronting the Byron-adjacent beachie.

Goodall’s been on a tear lately, and seemingly every filmmaker of note has taken notice. From alt-scene lensmen like Jack Coleman and Tin Ojeda tapping him for their artsy projects to Vaughan Blakey and Danny Johnson featuring him in their irreverent master stroke “Scary Good”, Goodall’s unique approach has attracted perhaps as much attention recently as it did during his mid 2000s heyday. 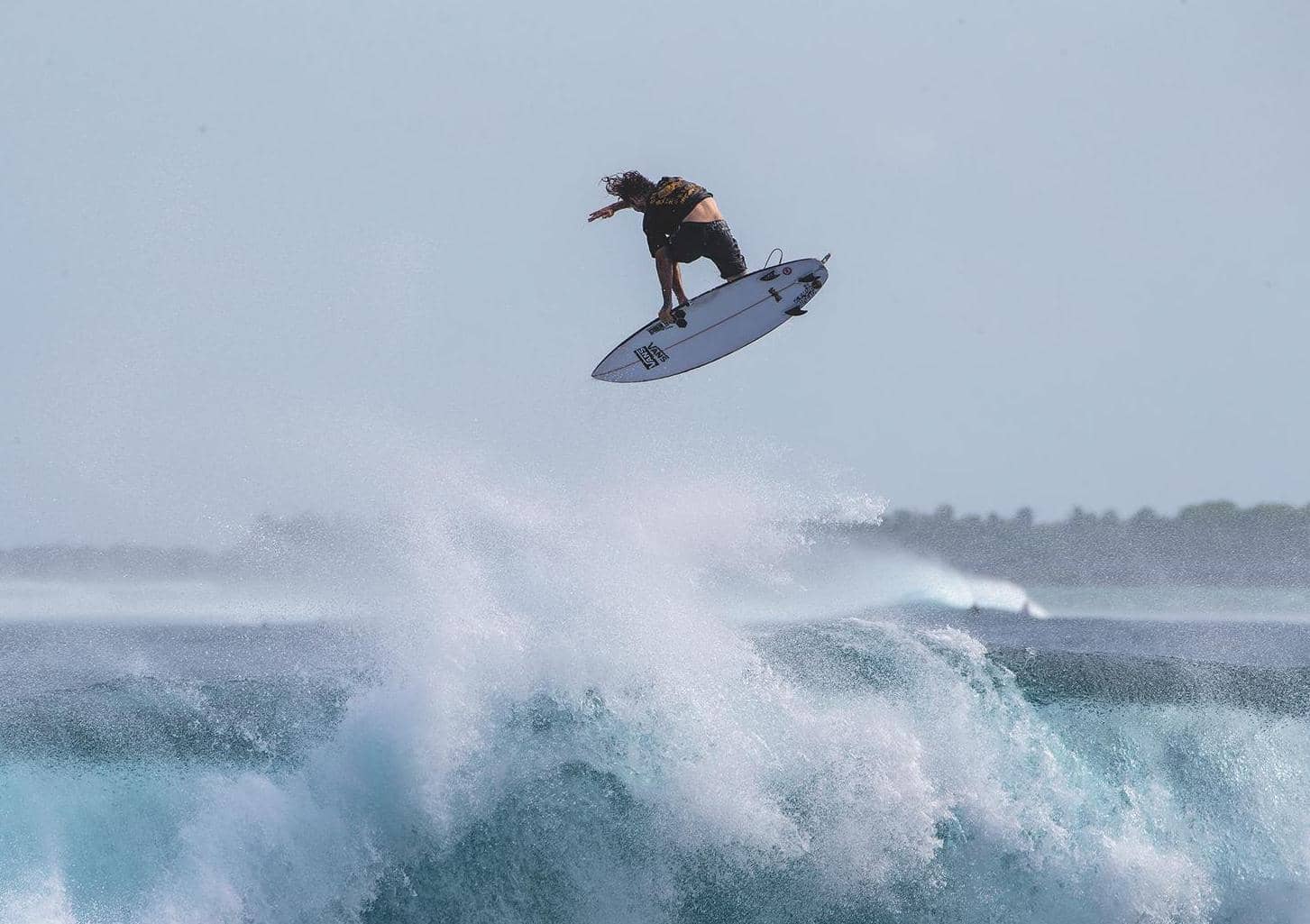 His surfing looks different now—smoother and more powerful. While he isn’t hitting sections with the same reckless abandon he once did—the kind that previously saw him frequenting the hospital—he’s approaching waves with as much creativity as ever, doing things like spicing up routine floaters with technical, chop-hop spins back down into the wave.

Later that day at a Bangalow pub, over a round of 12-ounce draft beers colloquially referred to as “biddies,” Goodall recounts a story about landing his first air reverse while his father, Mark, looked on from the beach. The younger Goodall, in a rare moment of self-aggrandizement, claimed the maneuver with an earnest fist-pump. He returned to the beach, expecting praise from his father—his old man recommended he curb his enthusiasm.

“He was like, ‘Man, you really shouldn’t claim that hard,’” Goodall laughs. “I remember feeling embarrassed. He put me down, subtly. It wasn’t malicious. It’s like what a friend would do. I grew up around humble people. To be overconfident was a big no-no.”