Over 10 years after the original air-based competition series faded away, the WSL is breathing new life into the concept with today’s most radical aerialists. But will the outcome be any different this time around?

Todd Prodanovich
On a November day on the North Shore of Oahu in 1995, two bleary-eyed surfers walked into Storto’s Deli in Haleiwa looking to eat just about everything in sight. While this may be a common, longstanding post-surf ritual on the North Shore, the conversation that transpired between eccentric aerialist Shawn “Barney” Barron and Surfing magazine editor Skip Snead, and its implications in the surf world, was anything but ordinary. 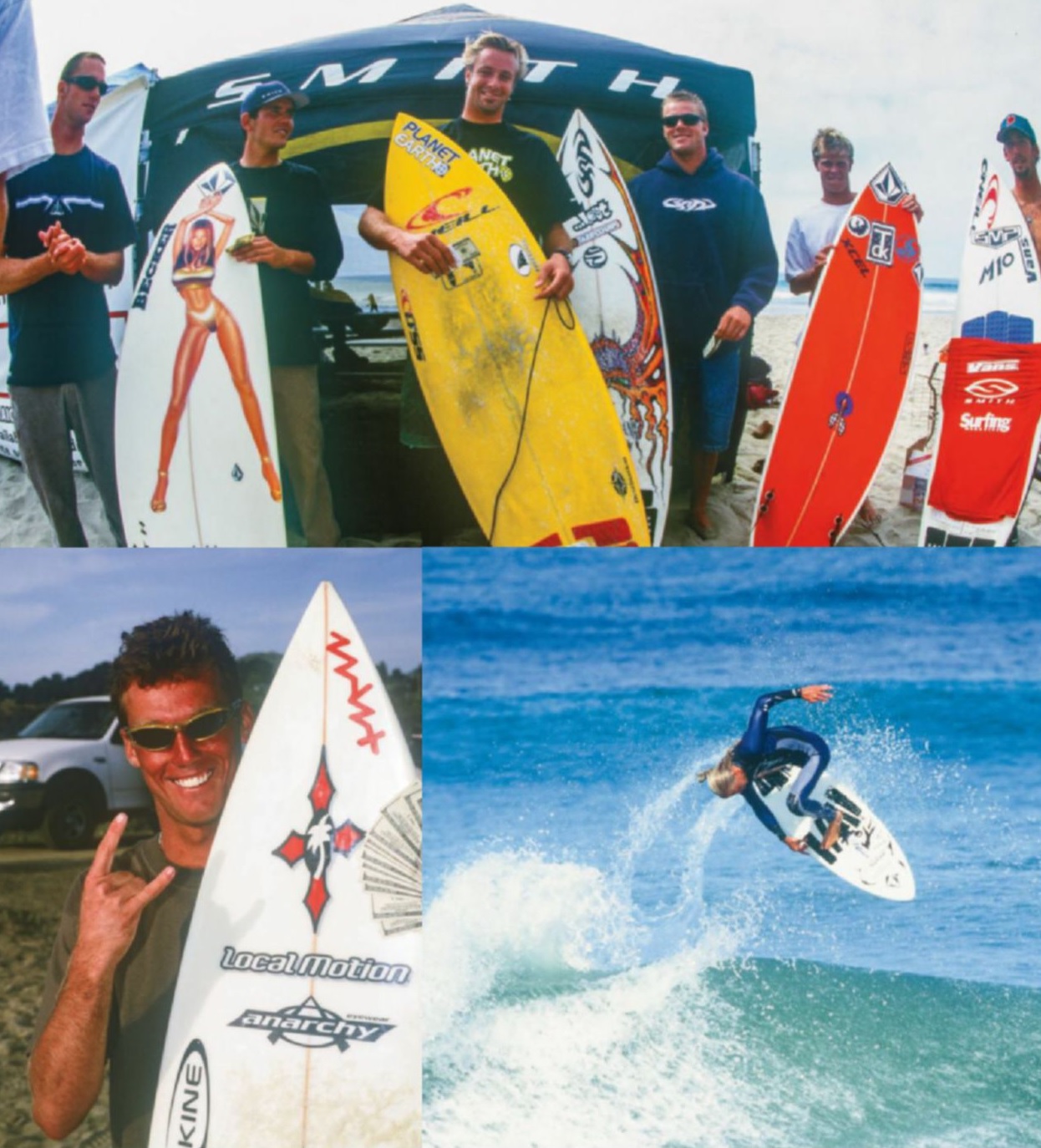 “I remember us talking about how there wasn’t a platform for what Barney and all the Santa Cruz guys were doing,” recalls Snead. “At the time, Barney, Ratboy [Jason Collins], Flea [Darryl Virostko] and their friends were consistently doing these incredible airs—probably the best in the world then. But airs were still really frowned upon by judges in most traditional contests. Barney and I thought, ‘What if we made a contest just for the air guys?’”

At the time, aerial surfing was progressing in quantum leaps and capturing the imaginations of surfers worldwide through surf films and magazine spreads, but it hadn’t been adopted by the World Tour surfers of the time and was still considered a fringe subculture. In fact, 5 years earlier, a group of World Tour surfers went so far as to pen a letter to SURFER complaining about the amount of coverage aerial pioneer and punk provocateur Christian Fletcher had been getting in the magazine

“False images are being created out of second-rate surfers at the expense of high-ranked professionals,” said the letter, signed by JeffBooth, Barton Lynch, Damien Hardman and a host of other top-tier pros, which ran in a 1990 issue of SURFER. “It’s quite unfair to dedicate yourself to the sport, train hard and travel around the world, only to pick up a magazine and see a guy who spent his summer at Trestles on the cover and centerspread.” 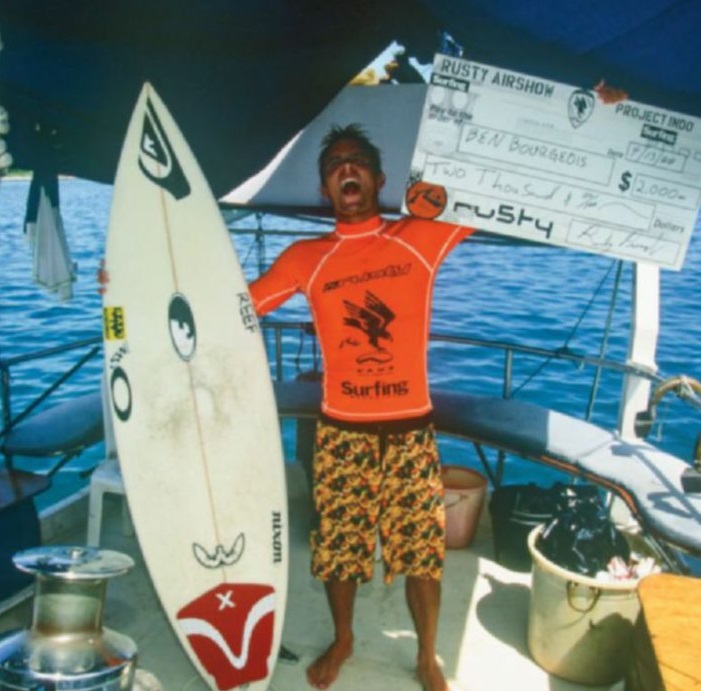 Regardless of what Booth and his peers thought of aerial surfing, it was clear that airs weren’t about to go quietly into the night. A new generation of aerial specialists was gaining notoriety along the Santa Cruz coast, and their innovative approach increasingly colored the pages of surf magazines and the frames of surf films. At the same time, baby-faced Floridian and future GOAT Kelly Slater had just earned his third world title at the end of 1995, and while he didn’t win his titles with airs, his flight patterns in “Kelly Slater in Black and White” and the early “Momentum” films helped legitimize airs to a wider surfing audience.

“The ASP [Association of Surfing Professionals, the precursor to the World Surf League] at the time didn’t reward aerial surfing,” says Snead. “Part of the problem was that there just weren’t that many guys competing who were even capable of doing good airs consistently. Back then, you could really count all of the legit aerialists in the world on two hands. And I think those guys felt somewhat discounted and marginalized. The best air surfers were still underground. They were antiheroes.” 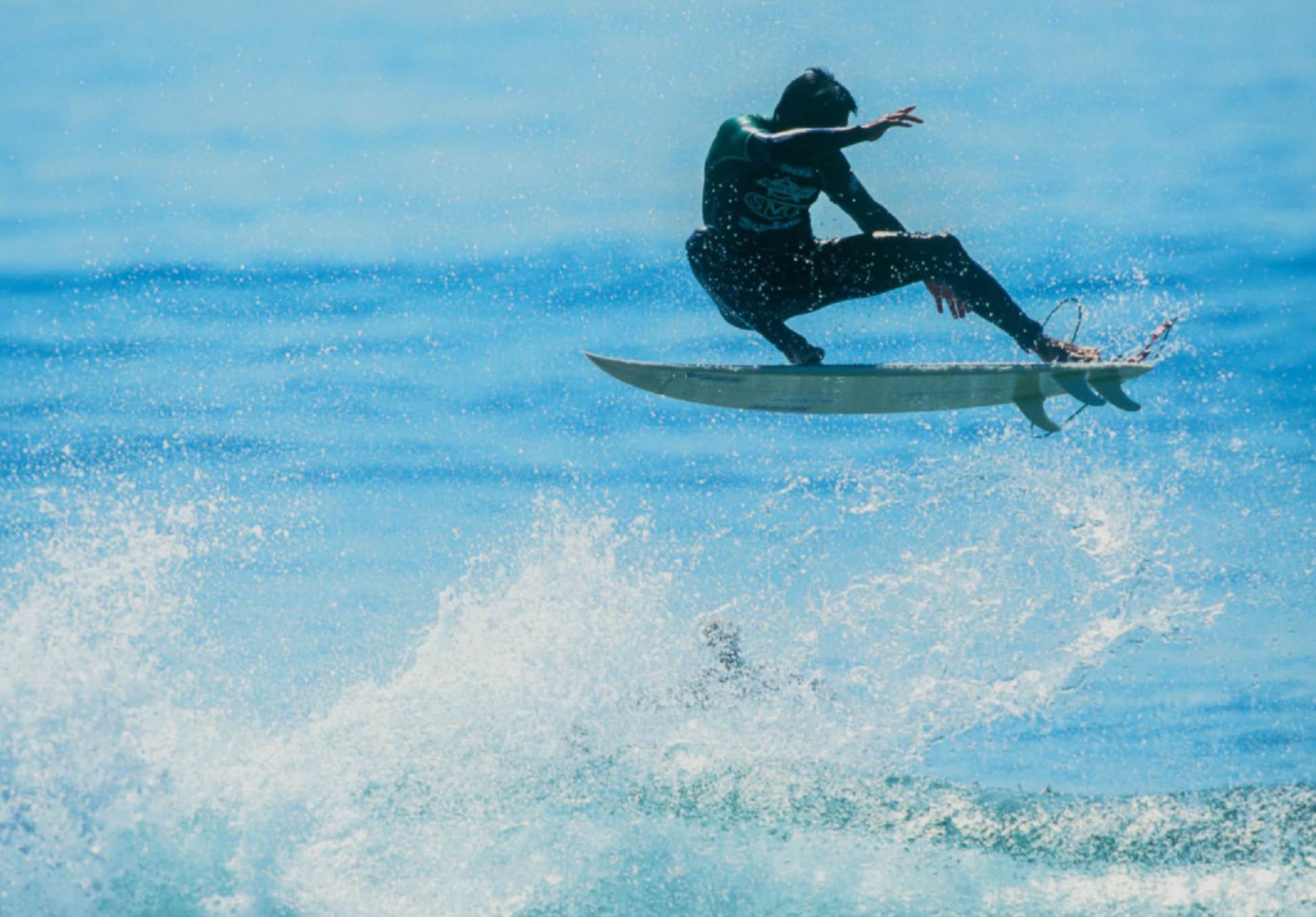 Fast forward just 4 months after their Storto’s meal and Barron and Snead had assembled some of the world’s best punters in Santa Cruz for the first-ever air-focused surf contest, tentatively titled, “Surfing Magazine’s First Annual Battle of the Tricksters,” (in their coverage, they thankfully ended up going with the much more concise “Air Show”). The format was simple: two six-man, hour-long heats fed into a six-man, hour long final. A surfer would be scored on their two best airs, and nothing else would be counted. First place would walk away with $500 cash, and second place through seventh got a high-five.

While it was a revolutionary concept, the first Airshow went almost entirely unnoticed, with no spectators on the beach, save for a few of the competitors’ friends, and only a two-page article in Surfing. It didn’t help that it was a mobile event, with the judges and competitors only deciding on the venue over breakfast at Westside Coffee the morning of the contest, and therefore unable to tell would-be spectators where to go in advance. Nor did it help that competitors were surfing small, gutless waves in the middle of a rainstorm. Still, a judging panel consisting of Snead, aerial originator Kevin Reed, skateboarder Keith Meeks and local power surfers Anthony Ruffo and Mark Taylor jotted scores from inside their cars with windshield wipers going full speed. Barron took top marks for an alley-oop, while Tim Curran and Joe Crimo snuck into second and third, respectively.