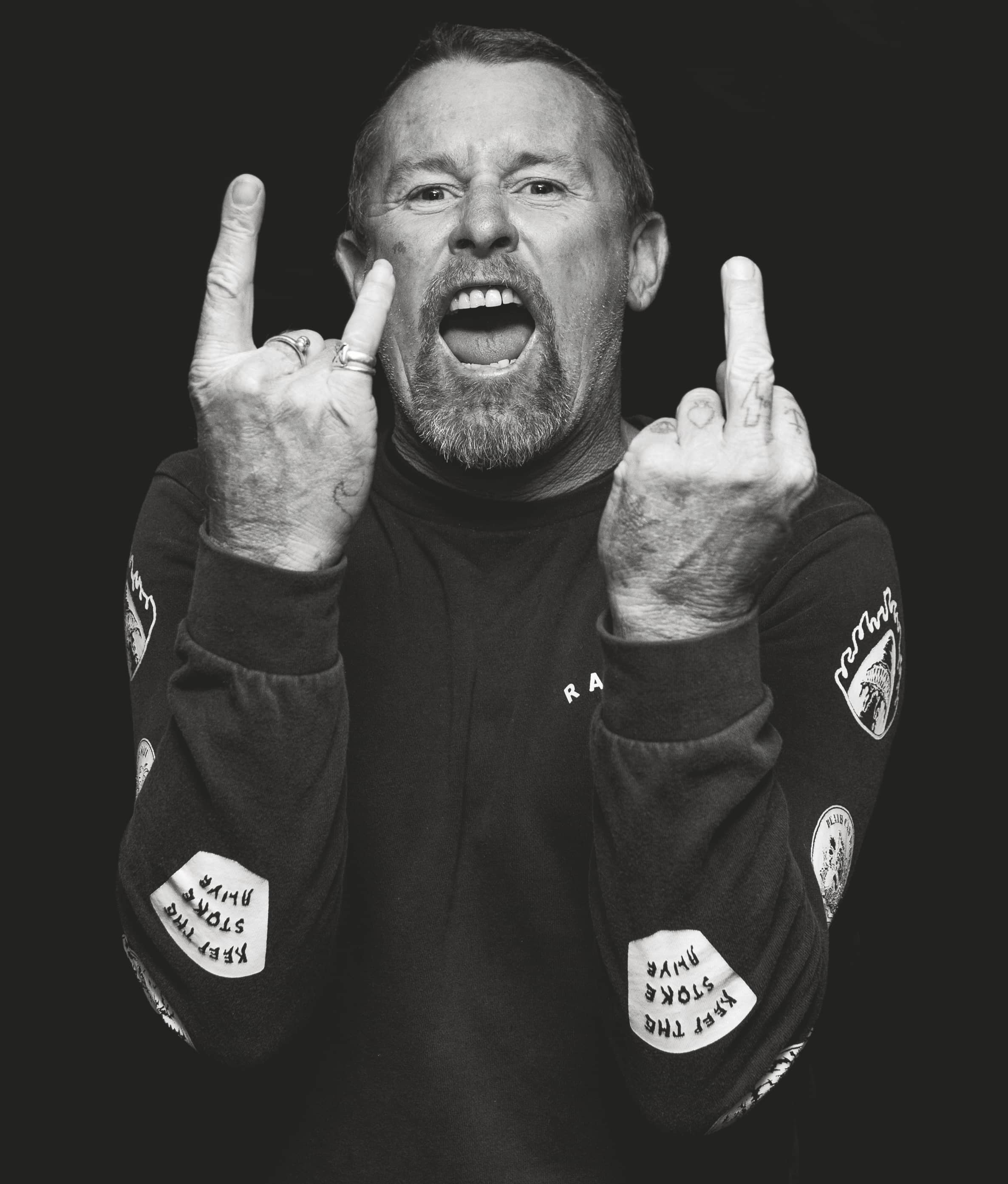 “I’d like to see more people ride different boards, make themselves stand out. In my era—and before, actually—everybody had such a distinct style, nobody really compared to anyone.”

Just get out there and make a go of it.

I was doing badly in amateur events as a teenager, but Luke Egan grabbed me and said, “Fuck that amateur stuff. Come have a go at the Tour.” I told my mom I was leaving school to try to make it as a pro. She freaked, but I won the Bells trials that first year and I never looked back.

The Tour should be an adventure.

When I was young it still was. We used to all travel together because we had no money. We were like a band. We’d pack ourselves four to a car, throw boards on the roof and go. If one of us won money we’d share it with our mates and figure we’d just win it back. We’d be sleeping in tents at the beach in France or somewhere, looking at maps, going, “Mate, where are we?” We were on our own to get to the next event. But we had a ball.

The surf industry tried to get too big.