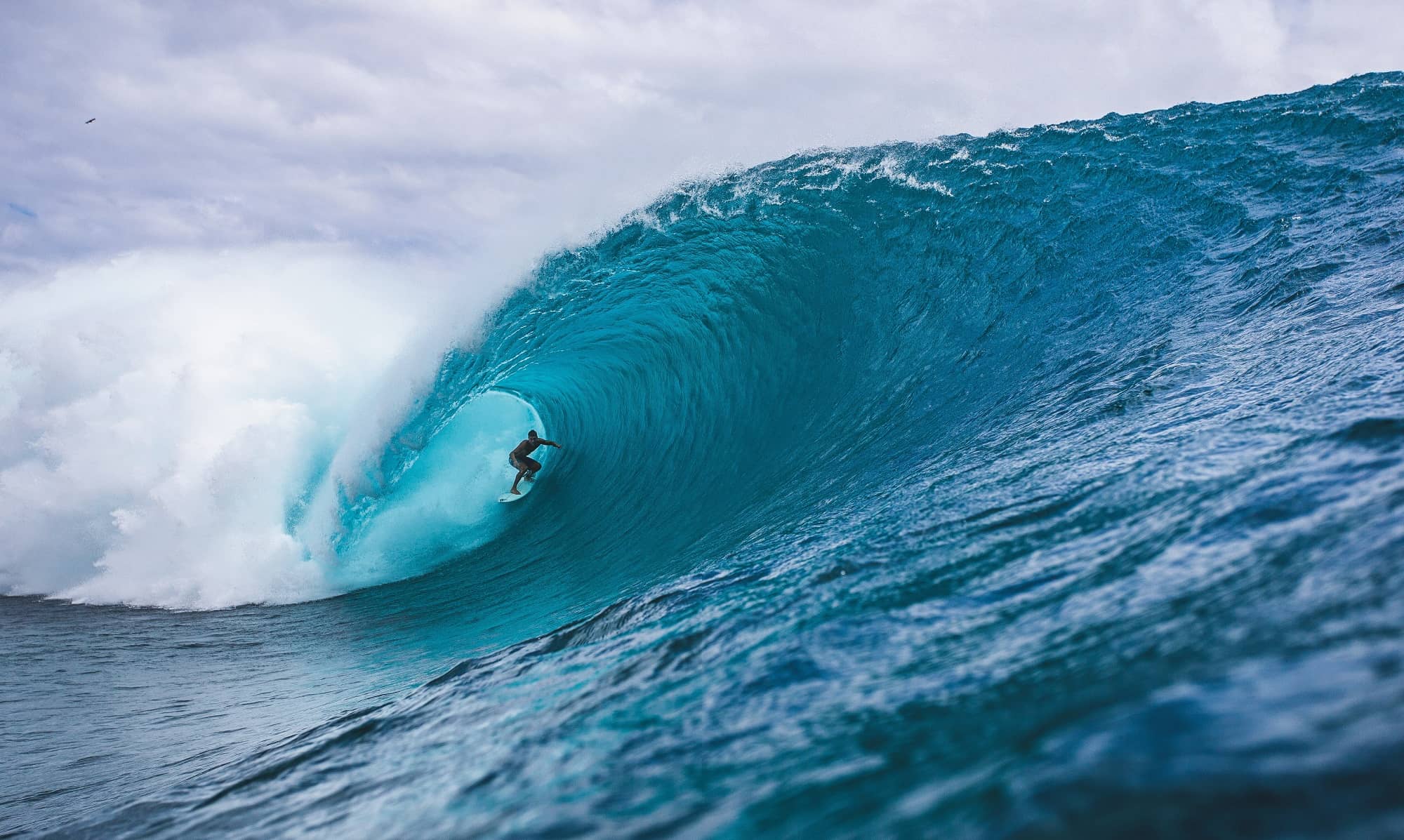 Vlogs, selfies and personalized jackets may not be hallmarks of the traditional professional surfing career, but Koa Rothman couldn’t care less—he’s too busy having the best time ever

“They let their surfing do the talking” has long been considered one of the highest compliments we, as a culture, can bestow upon a surfer. It implies a kind of humble disinterest in the spotlight of surf stardom, as if to say that how we ride waves is all that matters and the rest is just white noise.

Over the past year, Koa Rothman’s surfing has done plenty of talking, with mind-blowing performances in kegging reef passes all around the world. But, then again, Rothman has had no problem letting his talking also do the talking.

Rothman’s vlog, “This is Livin’”, started from a simple idea: pro surfers live wild lives, striking out across the globe in search of surf, often getting into all kinds of misadventures along the way—why not film it all and post it to the internet in real time?

First and foremost, “This is Livin’” aims to entertain, and it very much hits its mark. It isn’t just a video journal of threaded tubes, it’s a behind-the-scenes look at a most-unusual lifestyle. Rothman is getting spit out of Tahitian pits, but he’s also cruising around SURFER Awards with his posse wearing audacious jackets with their names printed on them. He’s eating donuts with world’s best Pipe surfers in the yard at the Weedmaps house during the Da Hui Backdoor Shootout. He’s hanging out with Aquaman.

“This is Livin’” is a new take on professional surfing, designed for a generation that doesn’t just want to see the hero shot, but everything that led up to it as well, and Rothman has no problem taking up that mantle and putting himself front and center. “All I post are selfies now, that’s what the world’s come to,” he jokes.

Or at least we think he’s joking.

Watching your series this year, it seems like you probably got more barreled than anyone else on the planet. Was that an unusual year or is it just that people actually saw it because you were vlogging the whole time?

Honestly, it’s not unusual at all. Me and my friends have pretty much been on this same program for years, the only difference being that I actually decided to really document it by bringing my friend Jack [Germain] to travel with us and shoot video of everything. We didn’t know what we were doing at first, really, but we thought that we were scoring so many good waves around the world, and having such a crazy, fun time along the way, that if we started posting these kind of raw edits from our travels it would be entertaining for people to get that inside look at what being a professional freesurfer actually looks like. I mean, we’re so fortunate and we’re having the best time ever. I get to travel the world with my friends and get barreled. Why not bring people along for the ride?

Vlogging is still pretty new to surfing, and I’d imagine some elements of that were pretty weird, like talking directly to the camera. How’d you feel about that?