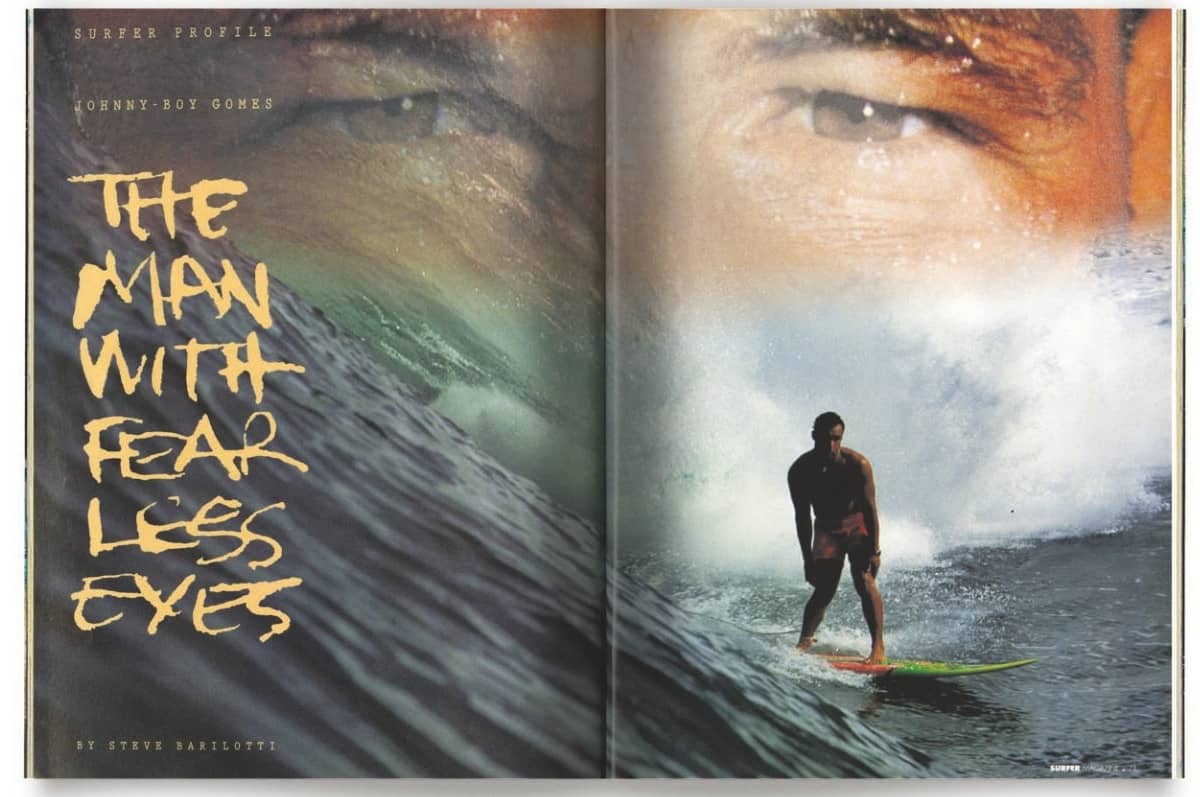 In the 1980s and 1990s, Johnny Boy Gomes was one of the North Shore’s finest surfers and one of its most terrifying presences ‘91—Volume 32, Issue 8

Through the 1990s, there was indeed no slap on the North Shore feared more than that from Pipe commander Johnny Boy Gomes, the bruising power surfer who, at 5'9" and 200 pounds, was built like a bulldozer with a ferocious temper to match. He struck fear into visiting surfers—regardless of who they were or where they came from—up and down the North Shore. Gomes swaggered menacingly and confidently up and down the beach, was a snarling presence in lineups all over the Seven Mile Miracle, and cultivated a hard-earned reputation for unpredictable violence. Gomes was a walking, bruising embodiment of the most fearsome elements of Da Hui. He was also one of the finest North Shore chargers of his generation.

Steve Barilotti’s 1991 profile of Gomes revealed a young man navigating a slippery ledge between two extreme life paths: a brightly-lit path as a well paid and highly-respected professional surfer, and a much darker, sadder one as a oft-arrested criminal. Gomes was born in 1965 on the West Side of Oahu and spent much of his time as a kid on the rougher fringes of Waianae and Makaha. His parents split up when he was 6 years old and Gomes was often left to fend for himself.