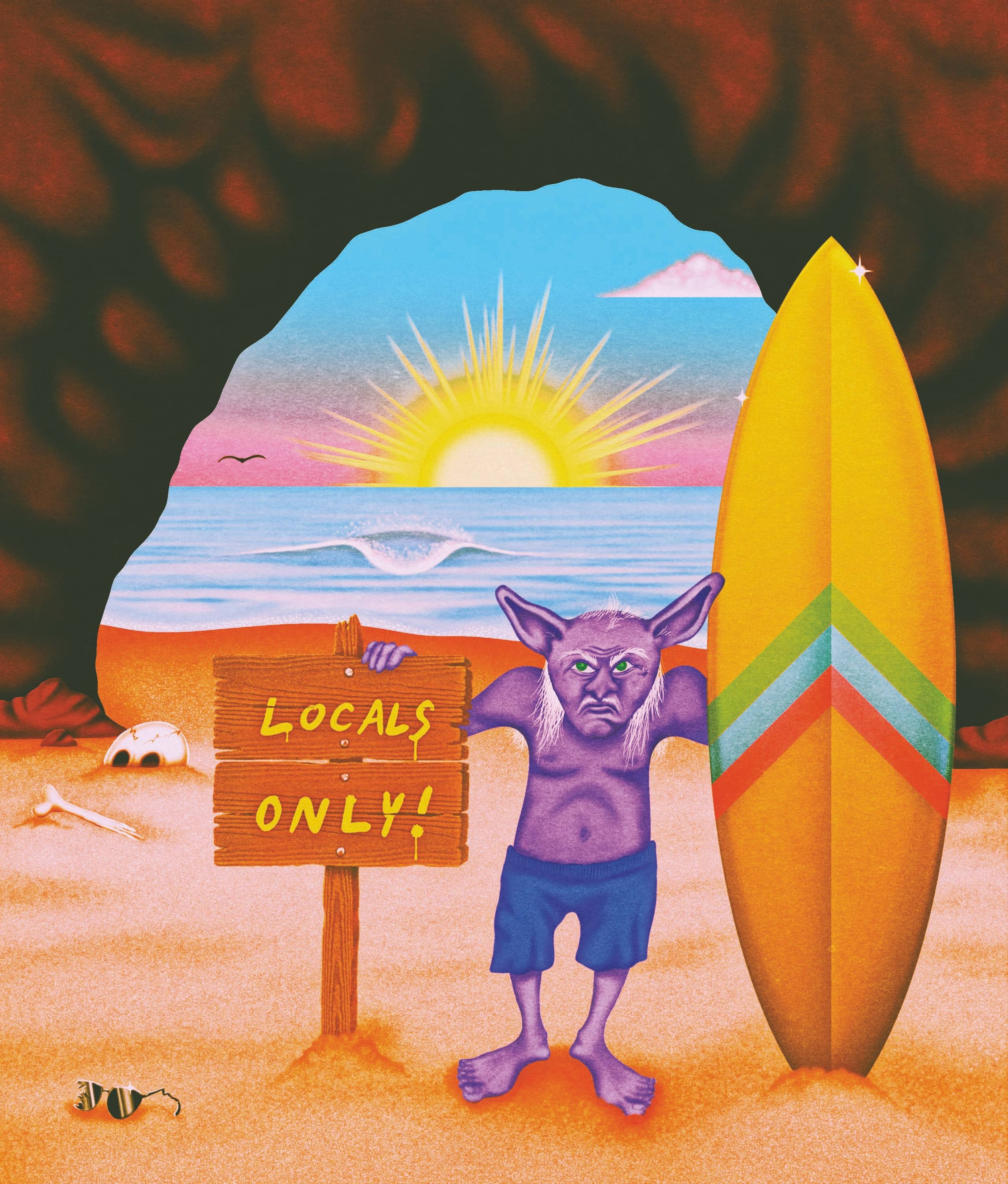 Justin Housman
I simply could not believe it. This freaking guy. He’d barely scratch into a wave at the boil-ridden, sand-sucking point we were surfing before hilariously biffing the drop and getting pitched into the flats, board tombstoning. While he flailed around on the inside, I’d edge over to the peak to take his vacated spot. But every time he’d blow one, there he’d come, walking back to the top of the point where he’d jump in and begin his paddle, trying to work around me to get back into pole position before the next set came. He tried this three times, each absurd walk around forcing me to paddle battle him all the way to the rock stack that marked the beginning of the takeoff zone. Finally, I boiled over with rage. “What the hell do you think you’re doing?” I snapped. “Have you even made a single wave out here? Get to the back of the line!” I bellowed, red in the face. Who was this guy anyway? I’d never seen him before, and this wave, while not exactly a secret, takes a little bit of sniffing out to find. In fact, just a few years ago, each face in this lineup was familiar.

At this point I should probably mention that the waves were, oh, about 1 foot. Two, on the rare sets, if I’m being charitable. Also, we were the only two surfers in the water. And I was riding a soft top.

Those kinds of piddly, friendly conditions aren’t normally of the sort that provoke angry confrontations. But because I’d never seen him before even though I’d been surfing this wave for the better part of a decade, I felt duty bound to bite his head off. It was my self-appointed role as a regular at Spot X to make sure newcomers felt at least a little trepidation around us lifers.