A Podcast for Shred Heads, Wax Heads, Kooks and Barnies 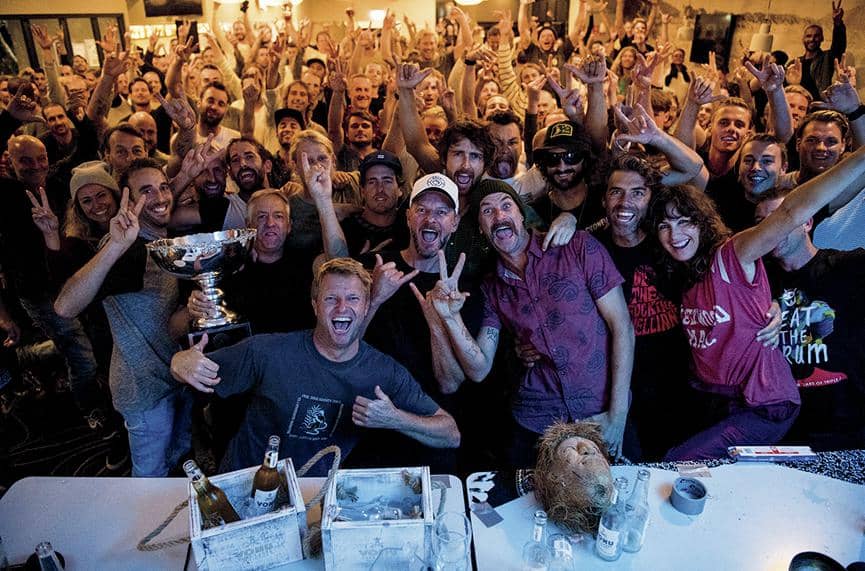 For the past half century, surf entertainment has mostly consisted of magazines, films and, more recently, webcasts. But lately, a handful of surf junkies have ventured into the realm of Joe Rogan and Terry Gross, getting in front of a microphone and some recording equipment to wax on about all things surf. Some have flipped, some have flopped, but Ain’t That Swell—the brainchild of surf writer Jed Smith and former Surfing World editor Vaughan Blakey—has become a cult favorite among a sect of surf-stoked masses dubbed the “Swellians”.

Keeping surf-stoked individuals engaged in the age of unlimited content and nonexistent attention spans can be difficult. But Smith and Blakey have their listeners cackling for the entirety of their often 2-hour-plus episodes. Combining a deep knowledge of surf history and culture with a whole lot of irreverence, the duo is able to connect to the core surfer like few can. There’s no pandering or overexplaining surf-related terms or stories that lifelong surfers would already be familiar with. When you listen to it, it feels as if you’re sitting in the parking lot at your local break, overhearing a bit of surf-related banter between old friends. The boys recently just took their production on the road, setting up live shows in various surf towns across Australia and inviting legends like Joel Parkinson, Kelly Slater, Mark Occhilupo, Jack Freestone, Rob Bain and more to talk story with them and, of course, their loyal Swellians. We went back and forth with Smith and Blakey over email to find out more about how their recorded shit-talking sessions became a kind of cultural phenomenon.