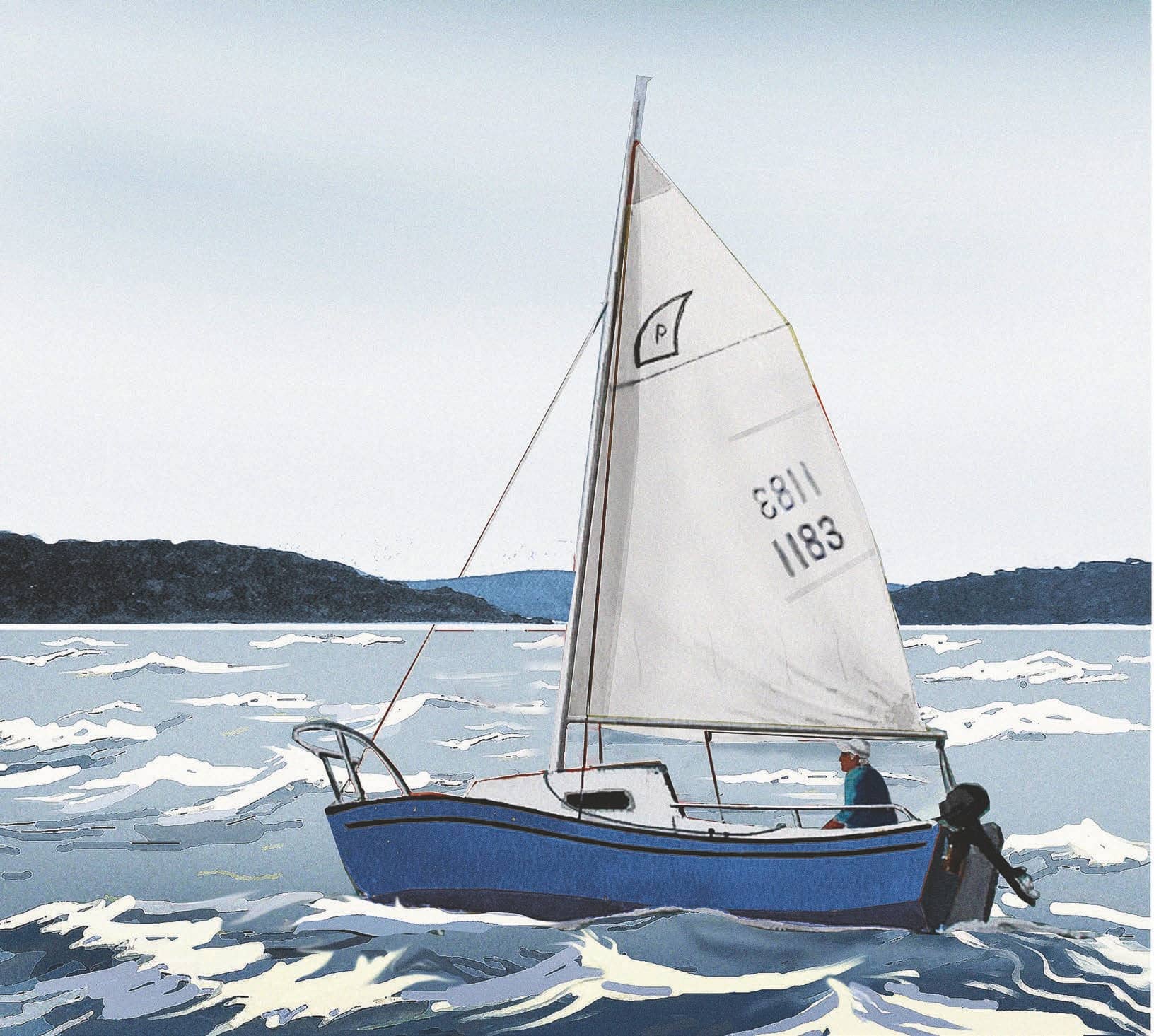 Upon retirement I decided to learn how to sail, so I bought a little dinghy and taught myself how to efficiently capsize, founder on rocks, and embarrass myself in front of large groups.

With this expertise, I bought a West Wight Potter 15 on eBay, sight unseen, and proceeded to live up to the moniker given to me by Robert Lipkin, aka Bob Bitchin, infamous publisher of Latitudes and Attitudes, as the “world’s worst sailor still alive to tell the tale.”

I live in Iowa so my beloved Genny Sea experiences only smaller lakes, turbid rivers, or an occasional Great Lake. It was on Lake McBride, a man-made body of water between Cedar Rapids and Iowa City, that I encountered yet one more test of fire. The spring day dawned with full sun and enough breeze to make my wind chimes clang raucously. Immediately, I headed to the lake, prepared my little boat, and launched, despite healthy 15-knot winds. Out in the middle of the lake it became clear there was plenty of moving air for my abilities, so I leftthe jib in the cabin.

Suddenly all hell broke loose. The wind speed doubled, with powerful gusts that lifted the boat and raised my blood pressure. A West Wight Potter 15 has high freeboard that acts like an added sail. Unfortunately this windage also affects handling in strong gusts. In this particular case I was summarily pushed downwind with virtually no steerage. Attempting to put the wind on my beam forced the rail down and nearly capsized the boat. Being of sound mind and modest wisdom, I now recognized this maneuver was ill-advised. I simply had to allow the furious blast to take me where it may.

Genny Sea has, mounted on her stern, an unremarkable 5-hp Mariner that is older than dirt and, despite fall and spring mechanical treatments, works wonderfully when you don’t care, but never starts when you desperately need it. True to her nature, the Mariner didn’t even consider commencing operation.