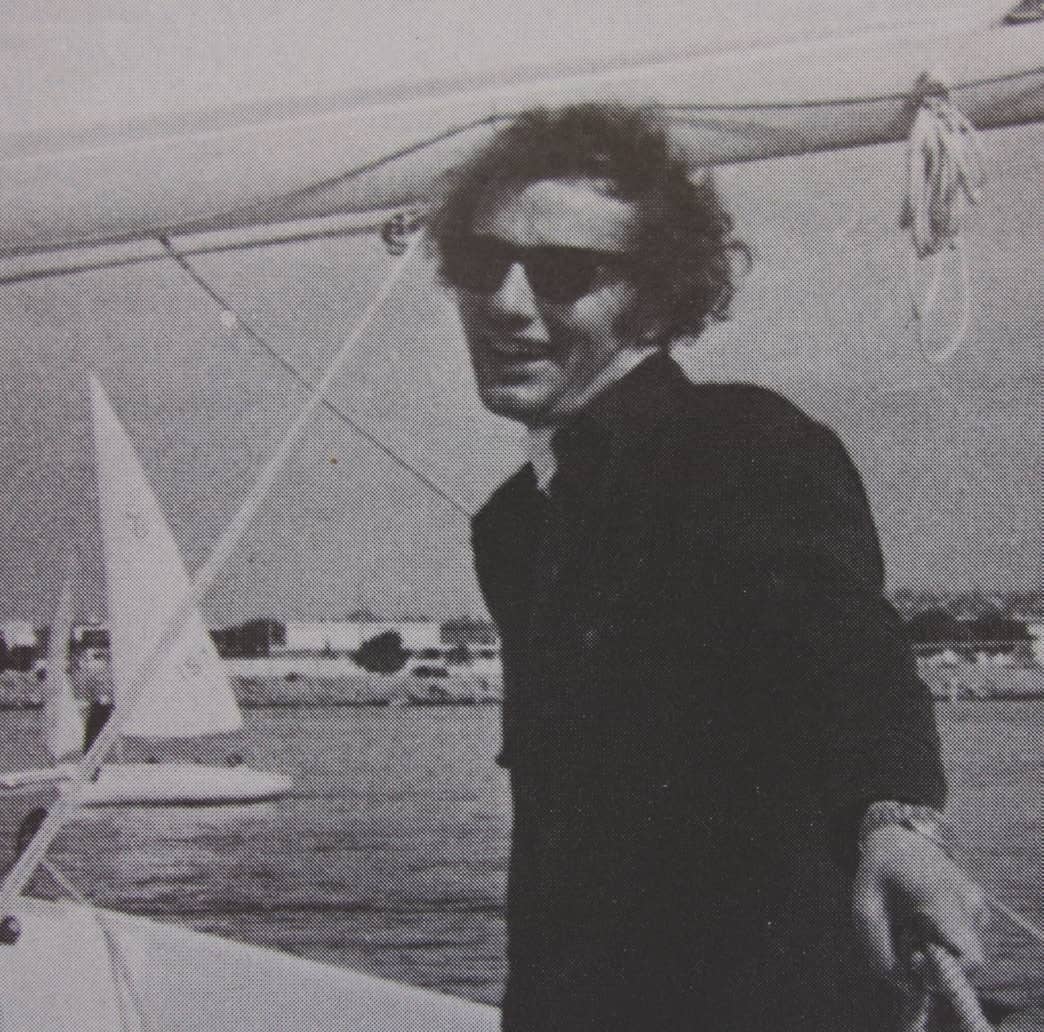 We caught up with famed sailor and author Webb Chiles just after he’d finished his sixth circumnavigation at age 77.

Webb’s long list of exploits are well known, including his harrowing Pacfiic crossing aboard an open 19-foot Drascombe Lugger called Chidiock Tichborne. There might not be anyone alive with as many small-boat sea miles and stories as Chiles—so naturally we had plenty of questions for him.—Eds

When did it all start—your love of boats and sailing and then especially the thirst for adventure?

First, I do not love boats, as some seem to, and I do not thirst for adventure.

I have great admiration for some boats, particularly small ones that if well designed, well built and well sailed can do so much more than most think possible, but I do not love them. Long ago I learned not to love anything or anyone who could not love me back, and while I believe that boats, along with musical instruments made of wood, seem more alive than any other of man’s creations, they are not.

Of adventure, I have said that amateurs seek adventures, professionals seek to avoid them. I have lived this long and sailed so far only because I plan, prepare to the extent of my resources, never do anything at the last minute, and though I have taken risks, I have never taken an uncalculated risk.

Having said that, my desire to sail oceans came from my childhood spent in a suburb of Saint Louis, Missouri, about as far from the ocean as one can be. I was an only child and not close to my mother and stepfather and I did not want to be there. So I escaped as many do through books. I read Slocum and Conrad and Irving Johnson’s articles in National Geographic about his circumnavigating with paying crew in the brigantine Yankee.

In my early teens my grandmother, my father’s mother, and her last husband, whom I thought of as my grandfather, retired to a small cottage two buildings in from the ocean at San Diego’s Mission Beach. I spent my high school summers with them. That probably saved my life. I was over the sea wall and on the beach or in the ocean almost all day every day. I saw sailboats pass. No one in my family had ever sailed. No one I knew sailed or had a boat. I told myself that one day I would do that, and obviously I have. 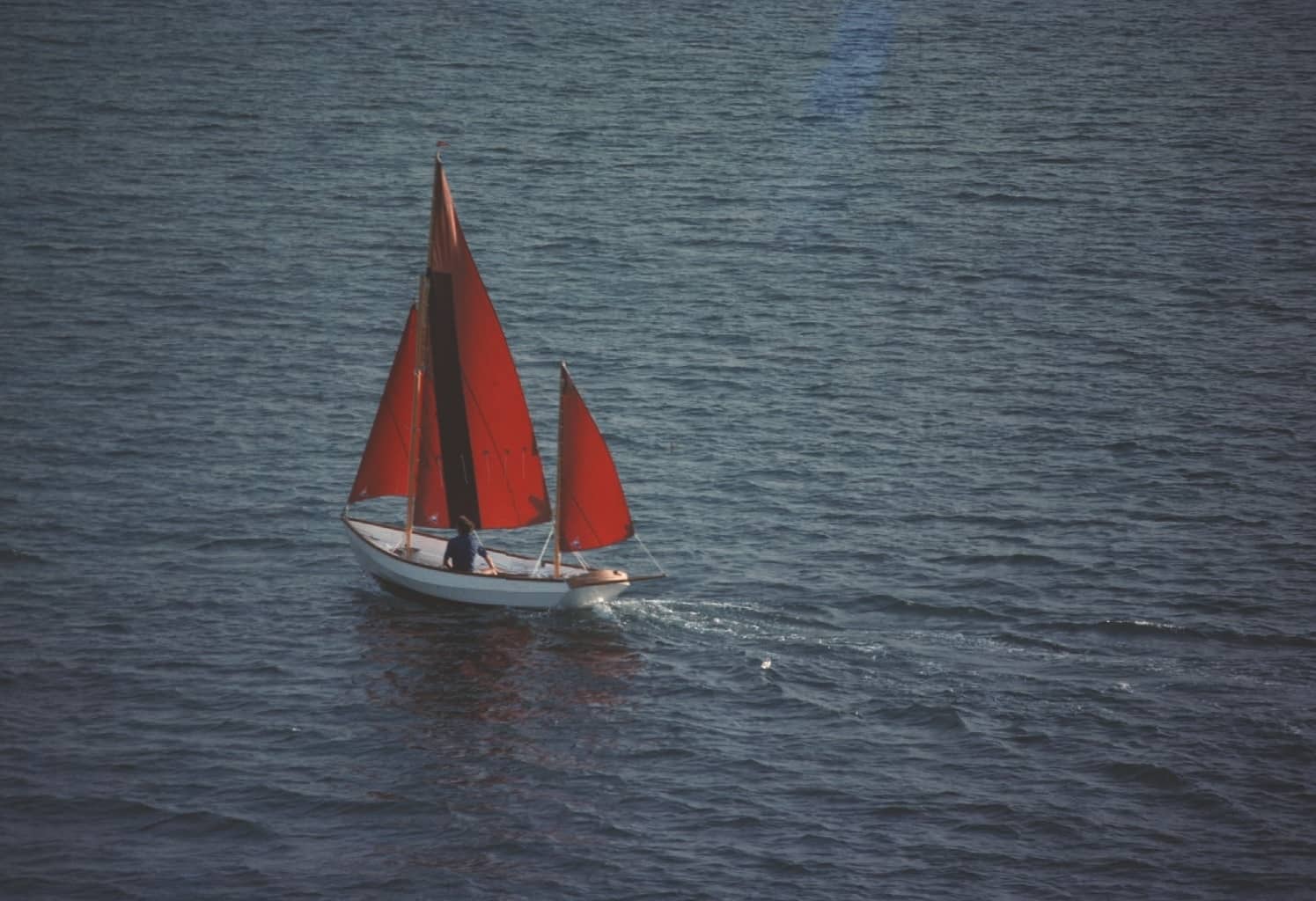 Were you prone to risk-taking when you were young?

See above. I am not prone to risk-taking now and never have been. I do all I can to minimize risk, knowing that it cannot totally be eliminated.

Did your father and grandfathers dying so young leave you with a sense of urgency to experience everything you could quickly?

Yes. I never knew my father. He and my mother separated before I was born, but his suicide when I was seven years old made death real to me young, as did the knowledge as I grew up that both my grandfathers had died young, though not of causes that were likely to affect me. Still I never expected to have much time. Yet I have now more than doubled their lives.

You say you’re not prone to risk-taking. How then do you characterize—in terms of the relative risk—something like your latest circumnavigation? Aren’t you knowingly doing something dangerous or daring, or do you feel like you’re so prepared that it’s mundane or at least relatively safe?

I knowingly do things that are dangerous. I have never thought of “daring” and don’t consider myself brave. I have written that courage is doing something that you are afraid to do. I don’t do things I am afraid to do. People sometimes think I’m brave because I do things they are afraid to do. What I do believe I have is nerve, and nerve is after planning and making the best preparation your resources permit, the willingness to embark on an endeavor whose outcome is uncertain and may be fatal.

Of my circumnavigation in Gannet, I do not think it mundane. It was hard. I do hard. And I always thought it was as safe as circumnavigating in a bigger boat. Gannet, a Moore 24, is a great boat that meets my criterion of being well-designed and well-built, and I like to think well-sailed. 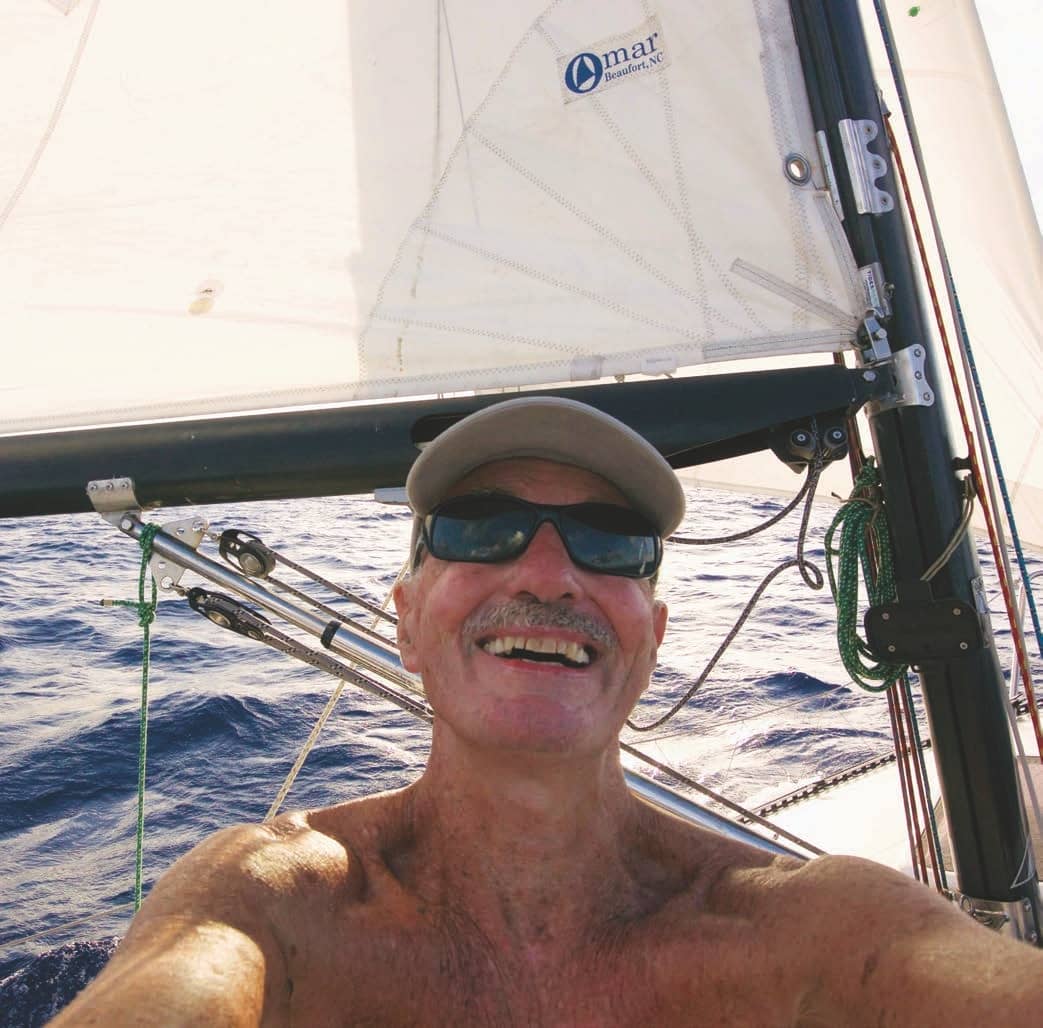 Some years ago when you were asked about what sailing means to you, you said “freedom.” What are the aspects of land-life that you most want freedom from?

The evening news. Also the ugly clutter of cities where beauty can only be found in tiny oases and silence never, and the stupidity and self-serving greed for power of politicians.

But I also sail oceans not just to escape land negatives but to experience ocean positives, to enter what I have called the monastery of the sea. In mid-ocean there is simplicity, purity and beauty. There is no ugliness. There are only natural sounds other than the music I choose to listen to. An ocean passage is not ambiguous as is much of modern life. There is complete and clear-cut responsibility for yourself. You start a passage and you either reach the port you sailed for or you don’t. It is wonderful out there.

Do you ever suffer from loneliness on your voyages?

I have been married many times. Now for 25 years to Carol. That we met at the only brief period in our lives that we could have come together is the great grace of my life. I miss her, but no, I am not lonely at sea. As I have said, I was an only child and it took.

Assuming every life decision comes with trade offs, what are the most significant things you’ve given up in exchange for your life of adventure?

I deliberately never had children, knowing negatively from my own childhood that parents owe their children a lot for a long time. I have ever since my own childhood wanted to live the life I have and I did not think I could do that and be a good parent. However, not having children has not been a sacrifice for me.

I have lived the life I wanted. I have made voyages no one else has or had even imagined. I have put some words together. And I have loved and been loved by some of the most intelligent, charming, beautiful women of two generations.

Why do you think so few people—who presumably seek or appreciate freedom as well—are able to actually cast off the dock lines?

You are asking me to speak for others. You would have to ask them.

Is crossing an ocean on a small boat more or less difficult than most people think?

Probably both. People say that I make it look easy. Well, I write with a smile, the great ones do. Let others set off around the world in a Drascombe Lugger or a Moore 24 with no way to call for help if they get in trouble, and then ask them.