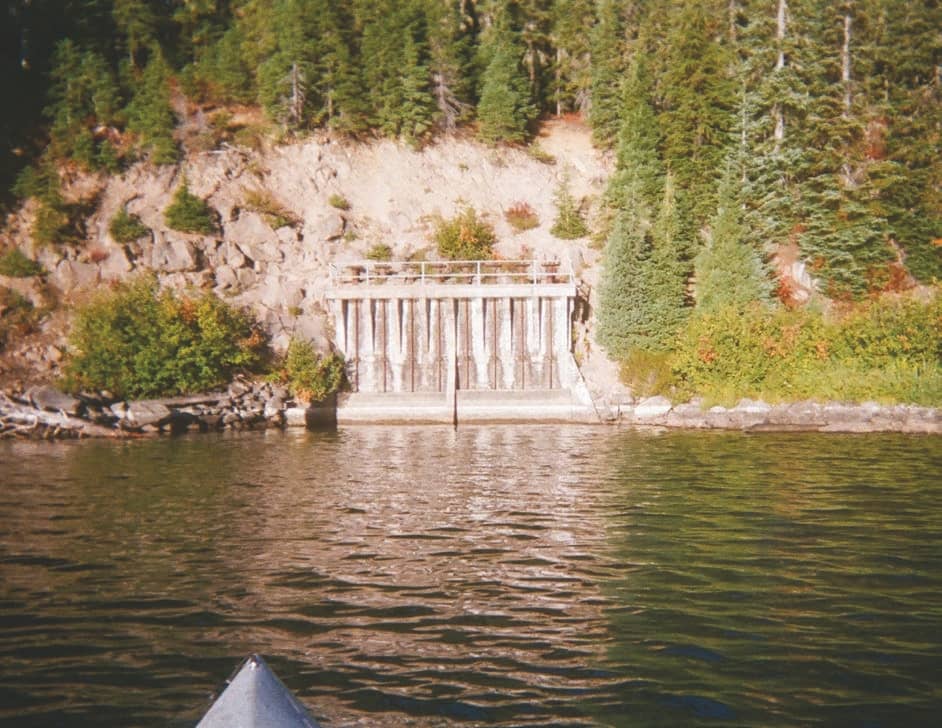 I decided to go to Waldo Lake, in the mountains east of Eugene, Oregon in mid-September, hoping to be on the water from Friday through the following Tuesday or Wednesday. Having been to Waldo five times in June and once in early August. I wanted to feel the nighttime chill announcing the coming winter, and be both grateful for it and fortified against it, in my winter sleeping bag. I wanted to watch the long and early shadows of Autumn seizing the forest in the afternoon.

Waldo Lake is the biggest lake in Oregon that doesn’t allow internal combustion motors. It is roughly shaped like an isosceles triangle with the apex at the south end and the three-mile-wide base running east and west about six miles north. The lake elevation is high at 5,414 feet, and it’s one of the clearest lakes on earth. There are three Forest Service campgrounds, each with a launching ramp nearby, and all on the east side of the lake.

East of Eugene, Oregon, at milepost 59 on SR 58, if you turn north onto Forest Service road 5897, in about 10 paved miles you’ll go past a sign to Shadow Bay Campground. The other campgrounds are another six or seven paved miles north. I had always camped at Islet Point Campground, because previously it did not have reservable campsites, and it’s the most convenient for sailing. 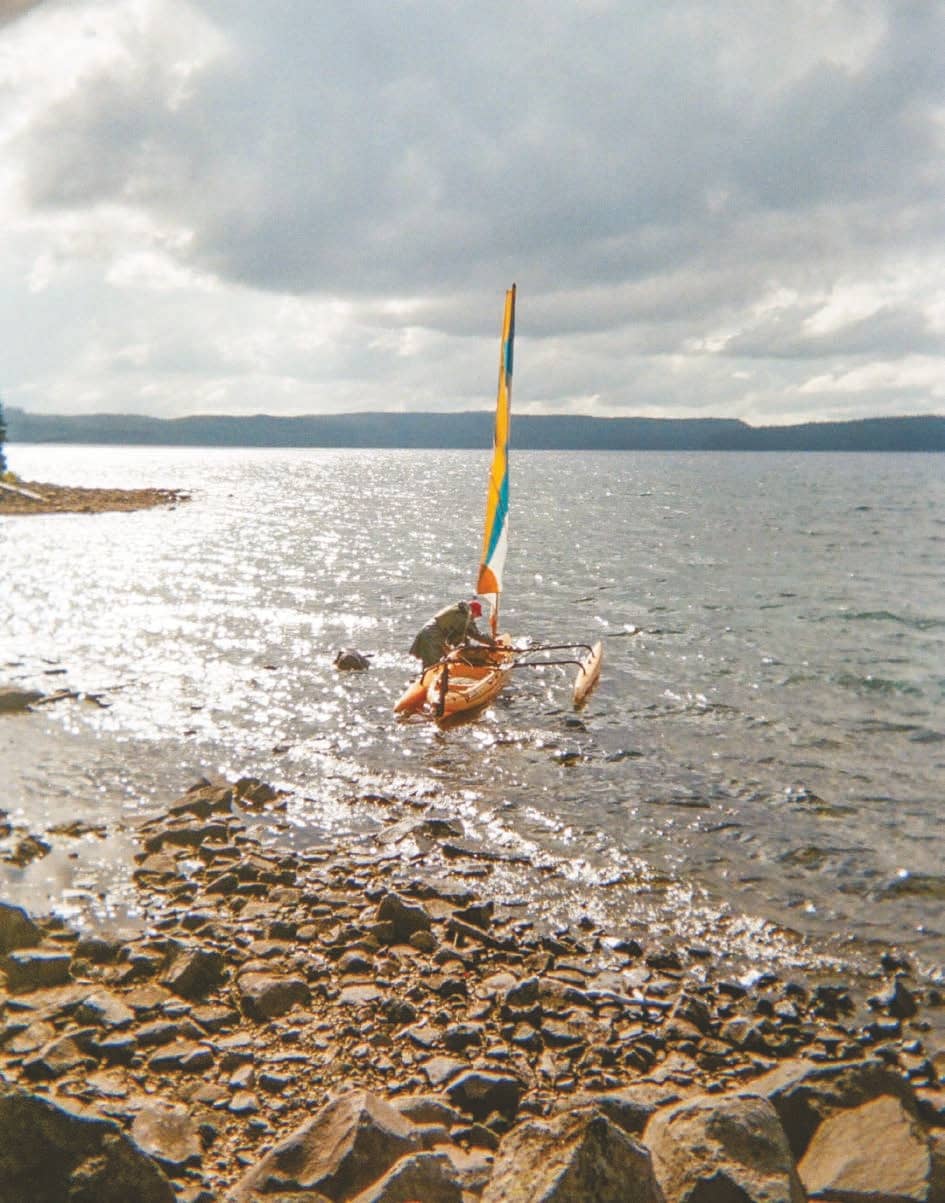 I arrived at Islet Point Campground about 10 a.m. on Friday, set up camp and by about 2 p.m. noticed whitecaps on the lake; it was blowing 12 to 15 knots straight out of the west. I rigged my Hobie Tandem Island sailing kayak at the ramp and asked a passing couple if they’d mind taking a few pictures of me sailing. They agreed.

I paddled out from behind the breakwater and starting sailing toward the breakwater for pictures. Something wasn’t right. My mainsheet was caught and the sheet wouldn’t run. I tried to fix it, but I had gotten so close to the breakwater that there wasn’t time. I tried to furl the mainsail, but it wouldn’t furl because the mainsheet wasn’t free. Soon I crashed into the rocks near the breakwater, breaking the little spar that holds the port akas at a right angle to the boat, and thus holds the port ama out. Fortunately, the water was shallow enough for me to jump in and stop the boat from being further damaged. It was great to sail with the amas as training wheels!

After over 40 years of sailing, I made a mistake like that, and all documented on my own camera. The only lesson to be learned is the oldest lesson in sailing: You’re always safer offshore. I found that the spar didn’t break, but only a shear pin, and the spar itself was still attached to the boat by a wire. And Hobie had provided another pin inserted in its own little hole on the spar. I soon replaced the pin, and the boat—if not me—was as good as new. Hobie had saved my trip, if not my pride. 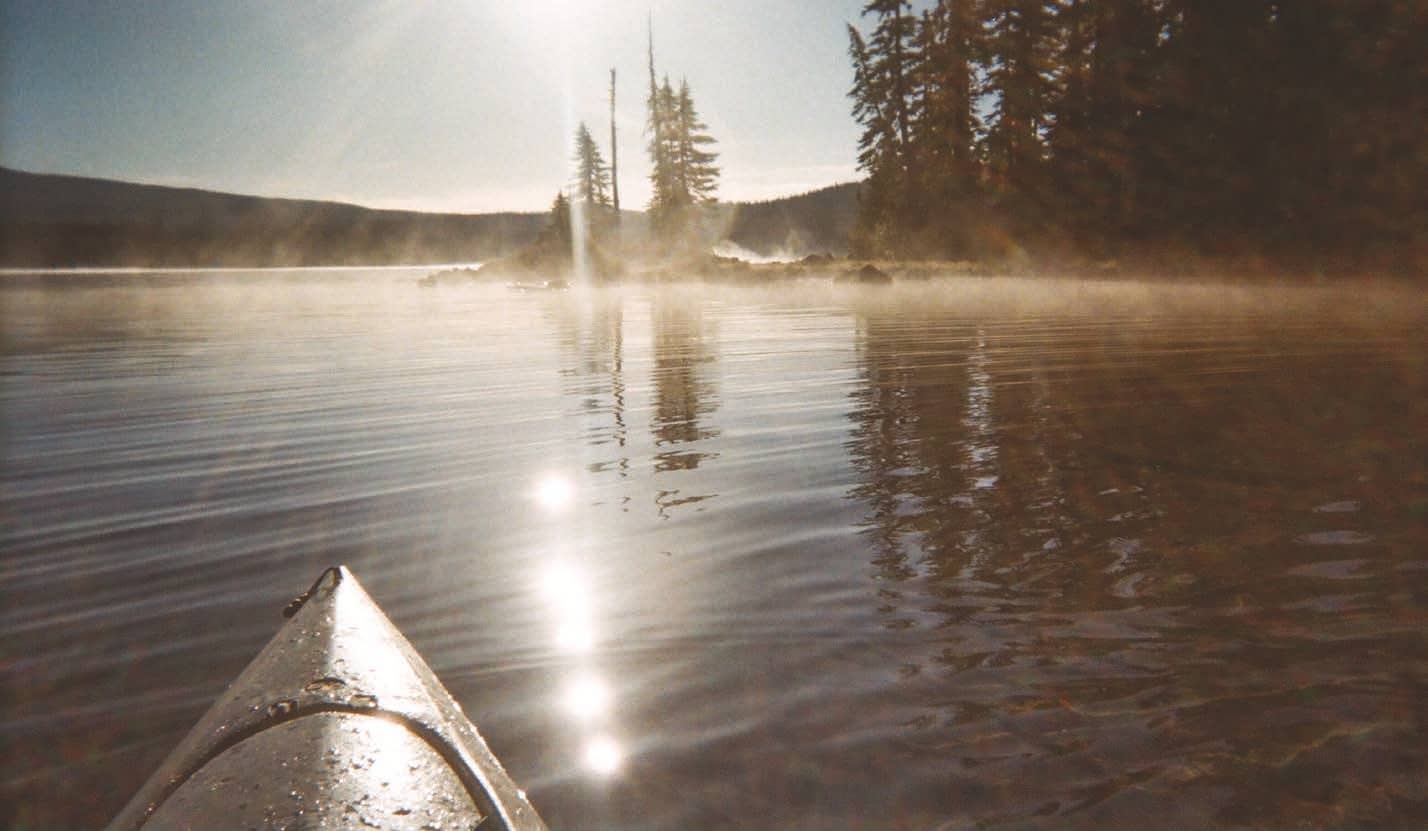 In the meantime, a Coronado 15 had dismasted out in the lake. After making sure the sheet was free and that I could furl the mainsail, I beat out to join them. I got to the boat just as the crew began to attempt to put the mast back up. They asked me to stand by. The forestay had broken on their 52-year-old boat. They soon had the mast up and started sailing back to North Waldo campground downwind under jib only. I returned to Islet campground.