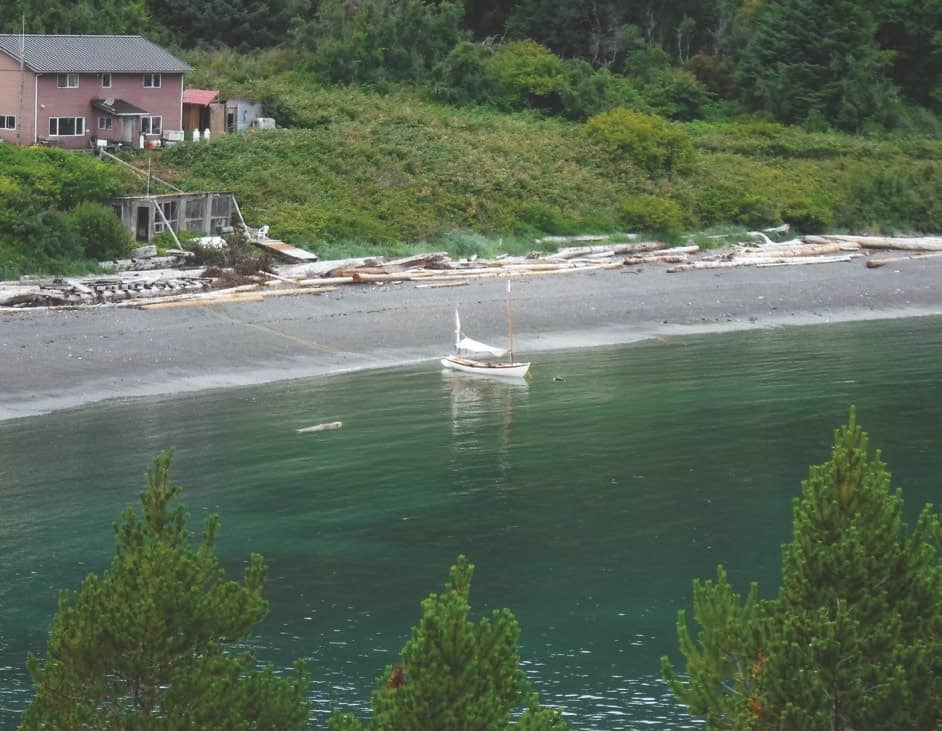 I designed and built my 18-foot sail and-oar boat, Fire-Drake, with a major adventure in mind—rowing and sailing British Columbia’s Inside Passage in 2016 and 2017.

Since then, my voyaging with the lug yawl has been different. While I have always believed that age is just a number, I can’t escape the fact that I’m no longer young, and even the most charitable would be hard-pressed to describe me as middle-aged. I am, in a word, old, and with age has come new afflictions, the most aggravating of which is atrial fibrillation (“afib” in medical shorthand). While I can still put in long days on the oars, my cardiologist says it’s not a good idea. In 2018 I reluctantly caved in and bought a small outboard for Fire-Drake.

Nootka Sound is one of five great inlets indenting the west coast of Vancouver Island and is the site of the only Spanish outpost ever established in Canada. I had traveled through the area twice on the local freighter, Uchuck lll, with my kayak aboard, en route to the Brooks Peninsula, but had never spent any time in the Sound in my own boats. Last summer, I remedied that by trailering Fire-Drake up-island from Victoria to the launch ramp at Gold River, intending on a thorough exploration of the Sound and its islands.

In the campground the evening before I launched I had a brief episode of afib, but it settled down after I took the meds I carry. I was wakened at dawn by the calling of bald eagles and Swainson’s thrushes—nature’s alarm clocks. I launched Fire-Drake and got away before seven. During my decades of kayaking on the outer coast of Vancouver Island, I learned that the typical summer weather pattern produces calm-ish mornings, with strong sea breezes later from daytime heating of the land. They usually rise suddenly around noon, with such predictability that you can almost set your watch by them. This effect is magnified the deeper you get into the inlets, so it is best to schedule most of your day’s travel early. 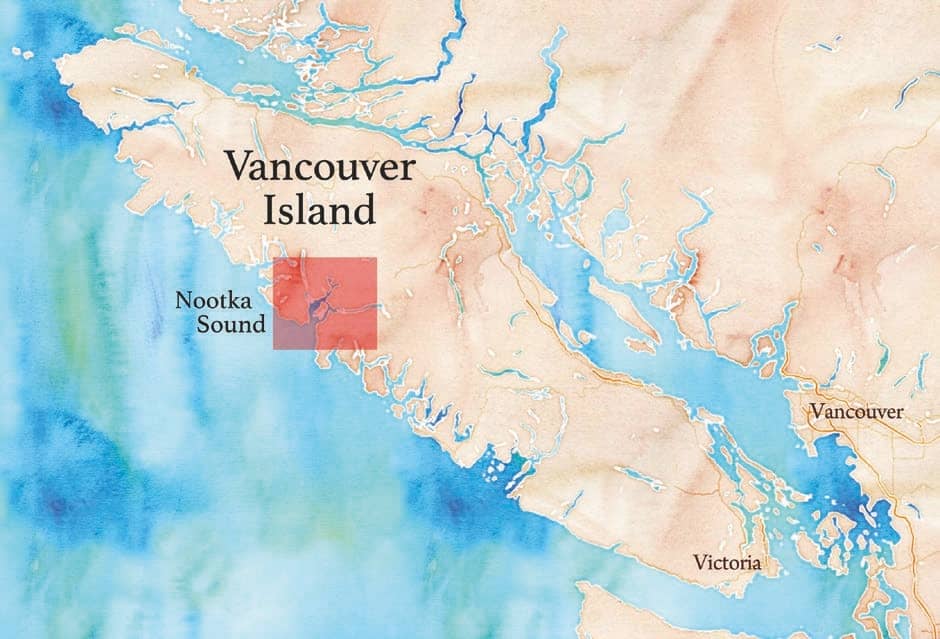 I rowed out from the ramp around the breakwater into an almost imperceptible wind and clamped the outboard onto its bracket amidships. My old friend, Uchuck lll, was just getting underway from her Gold River dock as well, on her regular run. The morning was beautiful with patchy low clouds clinging to the mountainsides and sun above. It was still as warm as the night before, shirtsleeve weather, unusual on the outer coast. I was in no hurry and kept the engine at one-third throttle, but everyone else seemed to be anxious to get where they were going, blasting by me in both directions at full throttle. I hadn’t really thought about it much, but the Sound was way busier than I had expected. There are more logging camps, fish farms and sportfishing outfits than I had assumed.

The morning passed without incident and I got to Hanna Channel north of Bligh Island (yes, that William Bligh, who was sailing master of HMS Resolution, with James Cook when he stopped here in 1778). There I was delighted to find a light wind from the southwest, enough that I could stow the outboard and raise the sails. I was soon beating to windward, hoping to make it to the archipelago in Bligh Island Marine Park, down the west side. It was spirited sailing. On the first tack across the channel, I was under full sail. The wind increased and on the second tack I had to put in the first reef. Third tack and I put in the second reef. Fourth tack now and with the wind still rising, the sea state increasing, I hadn’t even made it around San Carlos Point into Eliza Passage. I have never been able to get the foresail to set properly for windward work with the third reef and today was no exception. It was decision time. I turned tail and ran back down Hanna Channel, looking for someplace to sit out the wind. 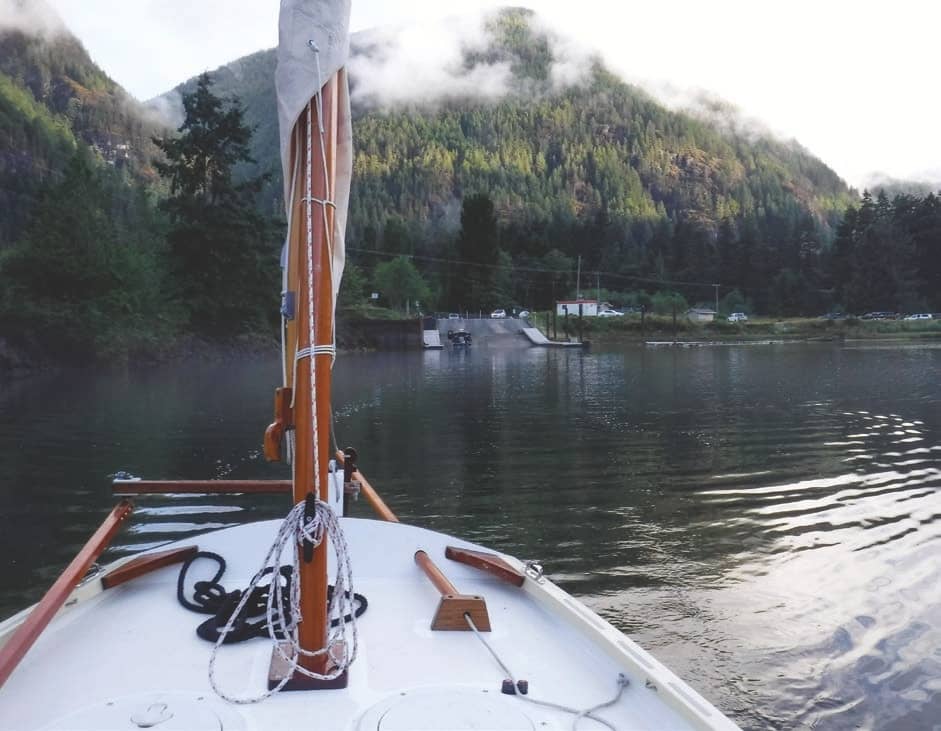 I ended up in a narrow slot in steep hills on the west side of Mooyah Bay, four miles back. It was shallow, but tides for the rest of the day and overnight would leave enough water that I wouldn’t ground out. It was perfect, dead-flat water but with enough breeze funneling over the hills to keep the heat down. I lazed away the rest of the day reading and contemplating the birdlife in the bay, undisturbed by two float homes in the bay, whose owners didn’t seem to be around. Overnight the wind went quiet and low thick clouds moved in.