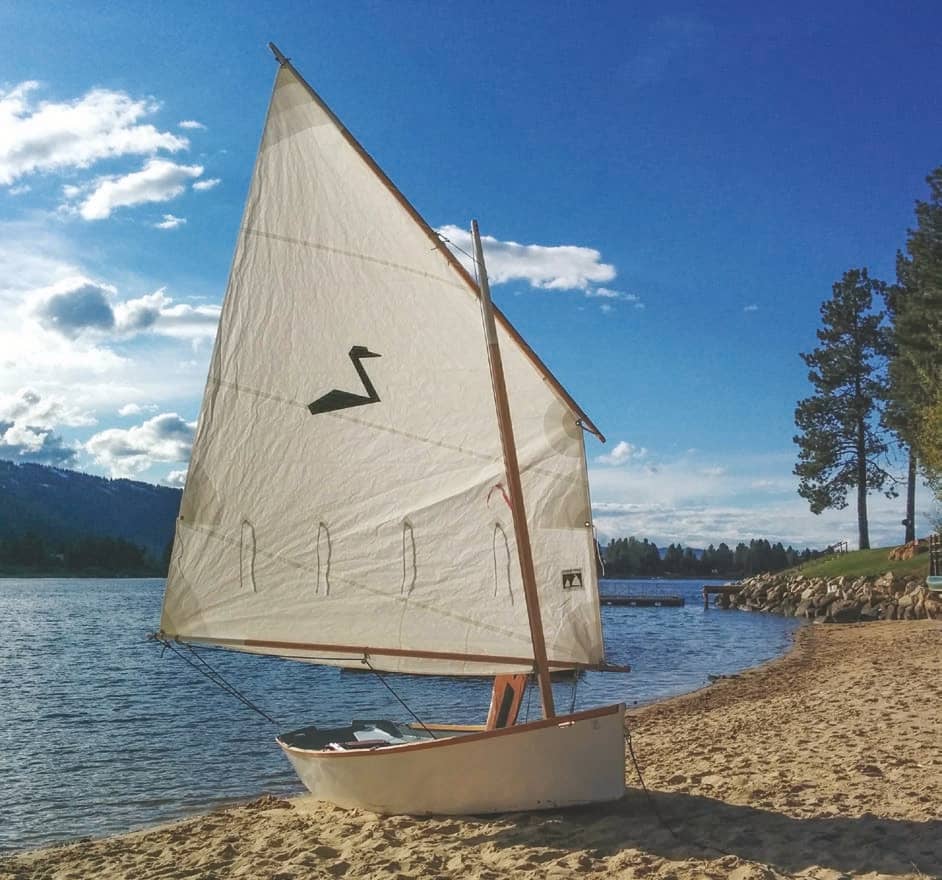 I have always wanted to build a sharpie. For me they are archetypal—like a boat from some dream. And mine is a very specific dream: sitting low in the cockpit on a sunny, breezy day, sailing on starboard tack, tiller and sheet in hand, just cruisin’ along in my beautiful little sharpie.

However, the fabled sharpie is not universally loved. They have a reputation for being both really good boats and really, really bad boats, with one forum contributor declaring that he had owned six sharpies in his life and “hated all of them.”

So for years I’ve been waiting for a sharpie design that would silence the voices of doubt and practicality—you know, the ones saying “yeah, but where ya gonna keep it?” and “whaddaya need another boat for?” The search continued.

Chapelle has a few beauties, as does Reuel Parker in The Sharpie Book, but I had not found “The One” until discovering the comely Drake 13 Sharpie from Selway Fisher Design. At 13' x 4' 6, it is smallish but big enough to carry two people and camping gear. And at 105 pounds hull weight, it’s light enough that I can drag it and flip it over alone, and my wife and I can carry it down to the beach or lift it onto our Subaru together. I hate pulling a trailer, so it being cartoppable is a huge plus.

Big Change #1: I decided to replace the standing lug drawn in the plans with a slightly larger balanced lugsail, partly for its great “tuneability,” but mainly because I think they look cool. However, enlarging the sail area from 65 to 72 sq. ft. moved the center of effort forward 6, and therefore the center of resistance had to be moved aft, bringing us to…

Big Change #2: Daggerboard instead of centerboard. The plans show a centerboard, which I know offers real advantages, but part of my “sharpie dream” is sitting on the cockpit floor (varnished tiller in hand, sun-kissed wavelets, etc.) and that CB trunk was compromising my dream. It had to go. I also decided to lose the thwart/seat as well, opening-up the cockpit and further saving weight. And now my daggerboard can be angled or slid fore-and-aft in its trunk, giving me the ability to adjust sailing balance on the fly. A sacrificial block of cork is built into the trunk slot to absorb the force of a grounding daggerboard. (But I’m never going to do that, right?)