Dancing on the Water 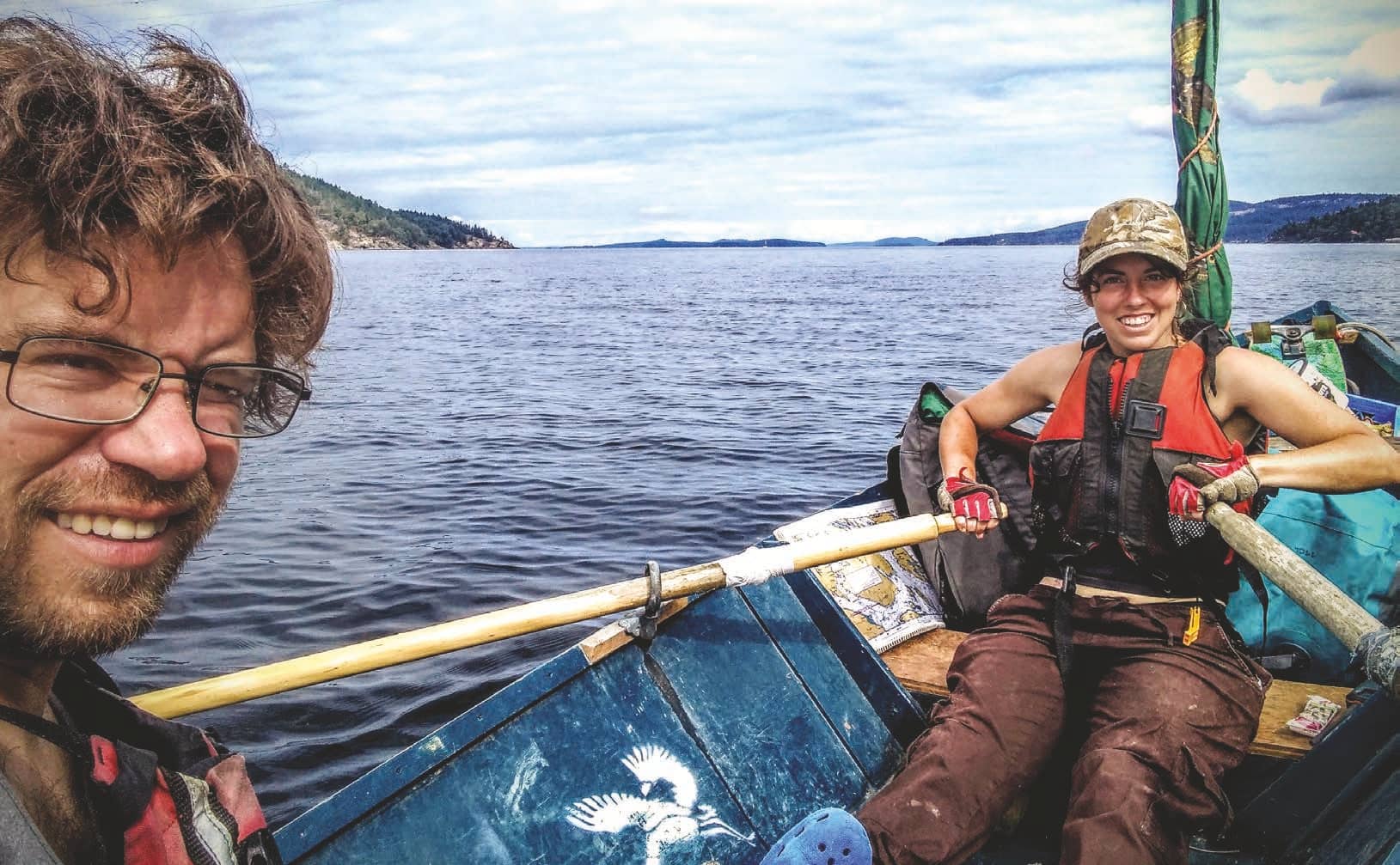 Exploring the Salish Sea by Oar and Paddle

The time came to fulfill a proposal Ryan Hashagen made to me when we first met some months before. He had given me a piece of string riddled with little knots, and a hand-drawn map of Puget Sound. When I decoded the message in the string (the knots were in Morse code!), the message was an invitation to dance on the water…to go vagabonding around the Salish Sea.

I’d responded in kind with my own messages, which were meant as a resounding Yes! to the idea. I used every tool at my disposal—semaphore flags, little maps with codexes, treasure buried on an island. In the following months, we built up an adventure repertoire on the rivers near us, running rapids in a canoe and building trust and a mutual language for bigger rambles we both felt were destined for our future.

We put our heads together and came up with a plan—to spend a few weeks rowing a small 15-1/2-foot dory around the inspiring wilds of the Salish Sea and its wooded archipelago. We’d push off from Anacortes, Washington and see where the tides and strength of our arms might take us.

The day of our departure was sunny and bright with a gentle breeze. I had some nerves to see how it felt to be on the sea in such a small, open boat. I wondered if the weather would hold, if the dory was too heavy to sustainably row for many days. The first day was a test on the open waters. We hightailed it across Rosario Strait, then worked our way around until settling at Lopez Island and Spencer Spit’s Marine Trails campsite. Making it here without mishap, we realized we could set our sights as ambitiously as we pleased.

The dory proved to be a seaworthy vessel; with one of us rowing and the other paddling in the stern, we found we could clip right along. Our original plan allowed for hauling the boat aboard passenger ferries for longer crossings, such as Friday Harbor to Sidney, B.C. We found instead that we had the endurance to take ourselves wherever we wished. 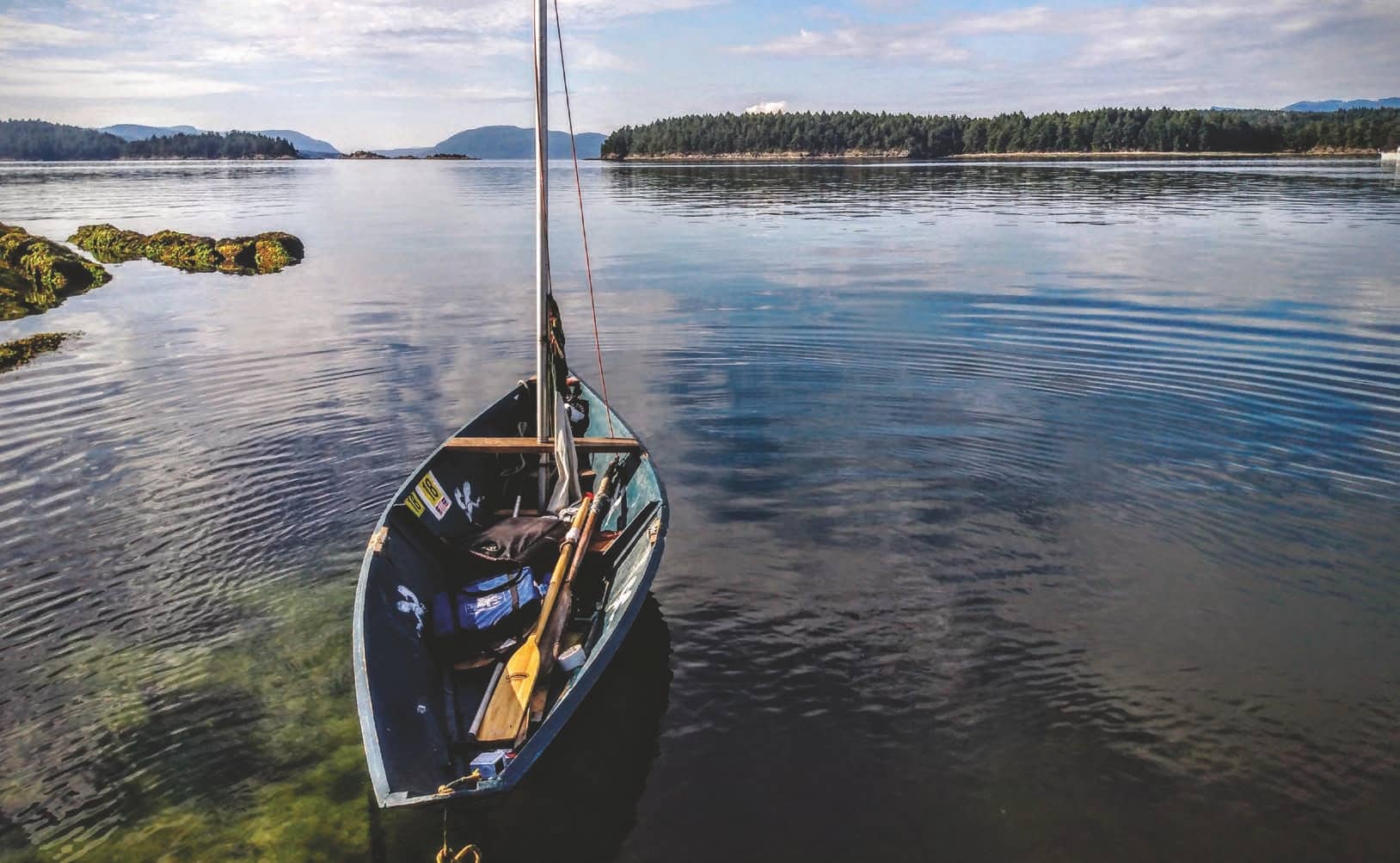 We set our sights wide as we wove through the San Juan Islands. The next heading would take us across Haro Strait and into Canadian waters, to explore the Gulf Islands of British Columbia. Once there, we aimed to circumnavigate Saltspring Island and return south via Trincomali Channel.

Stopovers during the week-long row included Spencer Spit on Lopez, Battleship Island near Roche Harbor, an orchard in Ganges Harbor on Saltspring, a rocky beach in Sansum Narrows, Reid Island, and Portland Island. Best of all, we passed one of our coziest nights sleeping in the boat, nested in a flotilla of cheerful musicians at Ganges. We woke from a restorative sleep to warm sun on our faces and a gentle rocking of the harbor wake.