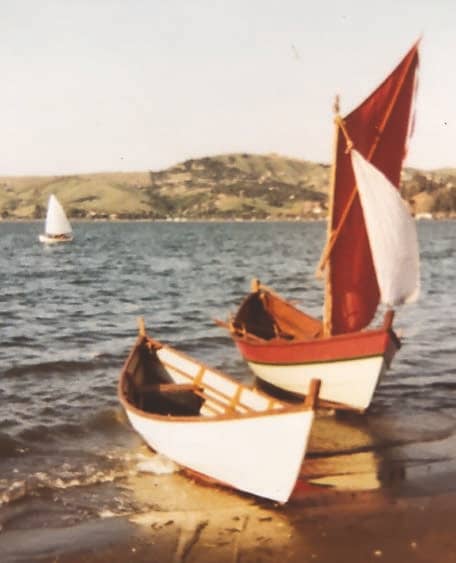 As a kid, I was drawn to the idea that wa-ter was not a barrier, but an enchanted pathway if you had the right boat for the voyage.

My first fixation came at age 12, after seeing a kayak. I had to look it up in our Webster’s Illustrated Dictionary, which had an old engraving of an Eskimo in his craft. There weren’t enough details to build one, so I had to wait a few years until Popular Mechanics showed how to make a folding pumpkin-seed-shaped kayak out of a sheet of vinyl paneling.

The simple kayak was within my budget and skill level at age 15, and my first attempt actually floated light as a feather on our little backwater corner of San Francisco Bay. What a thrill to feel the water pass under a single layer of waterproofed canvas that made up the keel of this collapsible shell. The boat folded up into a bundle 12" x 2" x 8,' so my parents weren’t able to resist my pleading to take the kayak along on extended trips…just in case there’d be some waterway to explore.

That led me to connect with the guy from NASA who experimented with new-fangled materials like fiberglass. In 1970 he had a mold for a kayak, which he lent out to kids who wanted to build one. All the resin and glass was offered with it like a kit, with instructions, and the total cost for a 13' boat was $50.

When I left home at 18, I went straight to the old Aeolus Boat Shop on the foggy northern coast at Davenport, California, where I wheedled my way into a job. Bill Grunwald, who ran Aeolus Boat Shop for 40 years, was a man of few words. The interview consisted of being pointed to a stack of lumber and a station laid out with a strong back for a boat. “Get started,” he said, “and if it takes you more than a week and a half to build, you get to keep the boat, but no job.” I made it in time, and though I only worked at Aeolus one summer, 45 years later I still have with me the 18' lumberman’s bateaux.