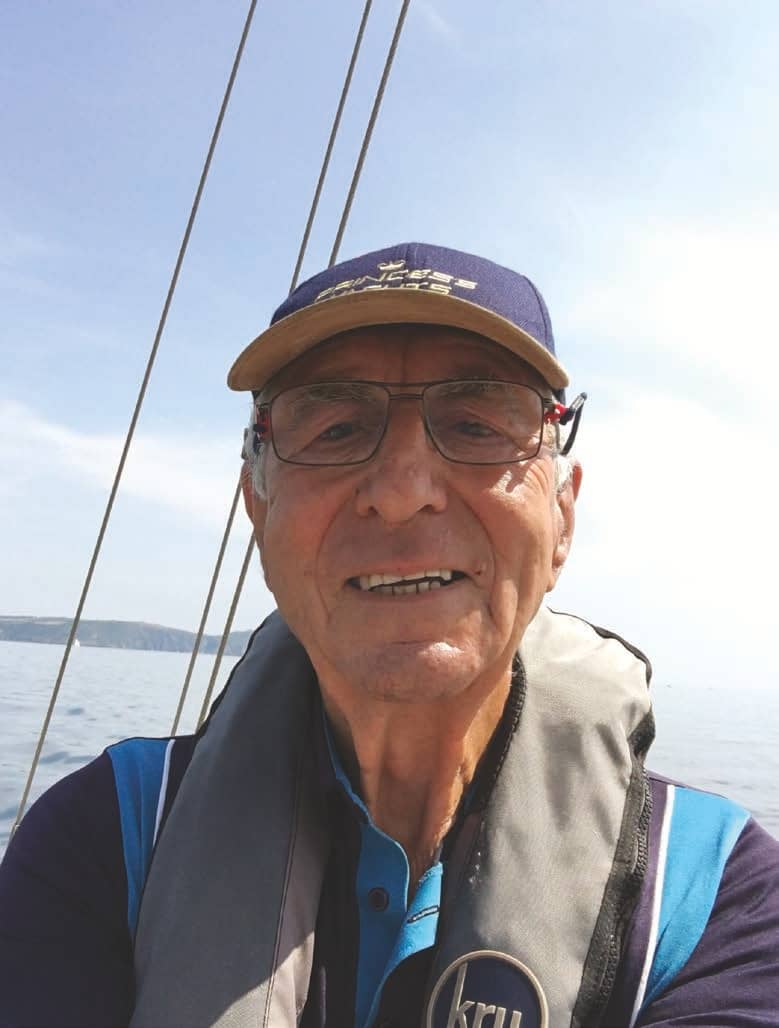 Back in 1969, just to prove it could be done, David Pyle and crew Dave Derrick set off in their 18-foot Drascombe Lugger Hermes, first across the English Channel toward France, and then down the Tigris through the Middle East, and on through to the other side of the world. Negotiating currents, governments, and pirates, the daring duo eventually landed in Darwin, Australia, having quietly undertaken the longest open-boat voyage ever.

We caught up with David Pyle after reading his recently reissued book, Australia the Hard Way. 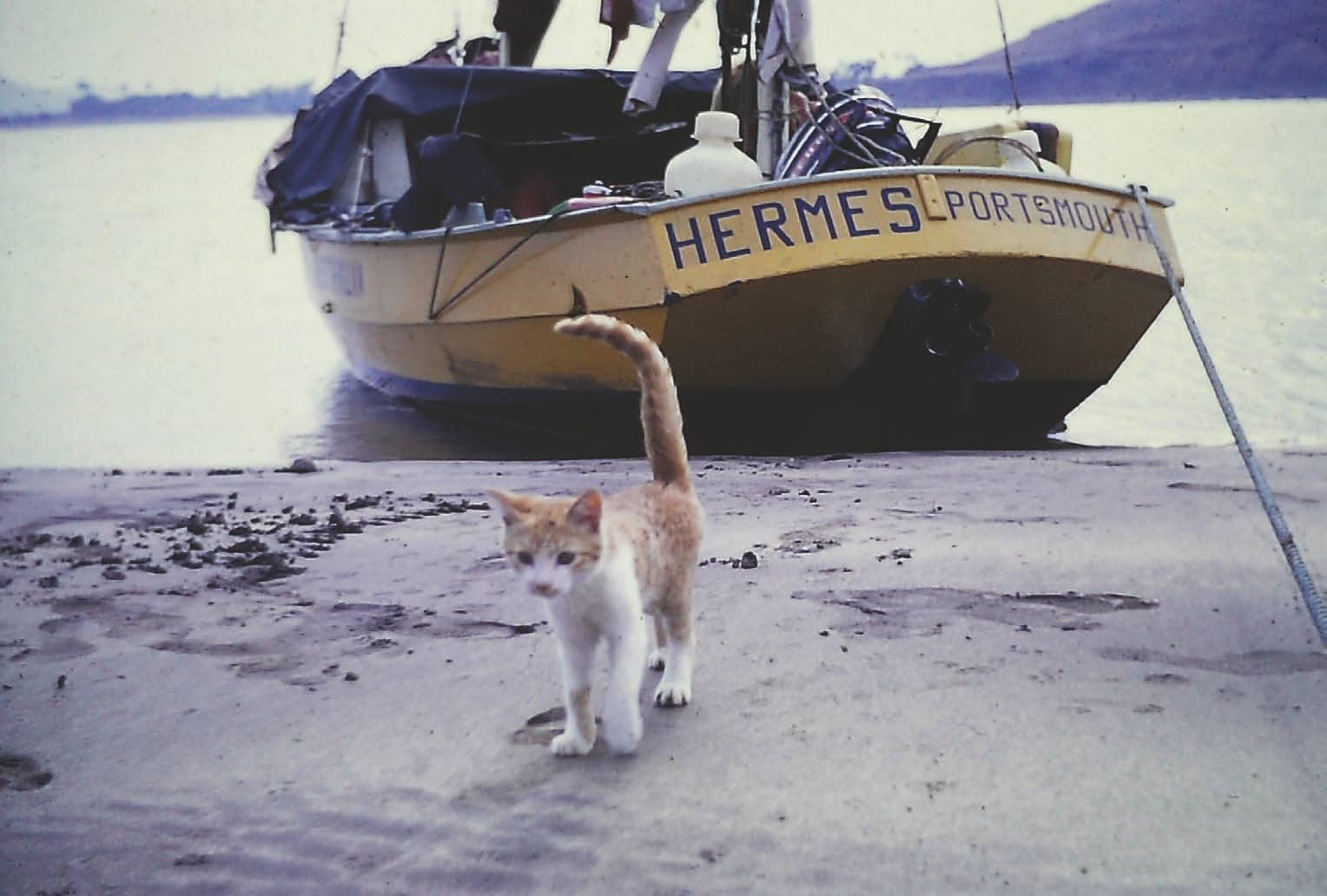 Do you remember when you first got interested in boats and the first boat you sailed? The first time I remember was around the age of 3, at the end of the Second World War, when our family moved from Sheffield down to Gosport, close to Portsmouth Harbour. My mother and father often sailed their International 14 there before the war and in 1946 my father bought an 18-foot clinker keel yacht and started racing again with me on board, used as a form of moveable ballast. At age seven I was given a rowing dinghy which could mount a small sail. By now my father had purchased a 30-foot wooden lifeboat and converted it into a four-berth sailing ketch. With so many shortages after the war he had to find and use various items from a scrapyard, like masts from lengthy ex-Navy oars, a door to the “head” that had previously been the lid of a wooden bureau, and the engine a home-converted 4-cylinder model from a disused fire truck.

I had my first real sailing boat when I was 11 years old—a 10foot clinker gaff-rigged dinghy found sunk in a creek, bought for £3 and renovated by my father. Every year our family went offfor a fortnight cruising around Chichester Harbour and across to the Isle of Wight, with the dinghy towed astern.

What gave you the confidence to attempt such an ambitious voyage in such a small boat? In retrospect was this confidence justified? Do you think small boats are more capable than they are generally regarded? Small boats for hundreds of years have successfully sailed and navigated some remarkably long passages. Bligh from the Bounty, Arctic exploration, lifeboats, fishing vessels. Survival during various early passages depended, of course, on both design of the boats and also experience of the crew. I did a lot of sailing in a Wayfarer and sailed her across from Southampton to Cherbourg, France in 1967 and on the return journey we were caught in a gale, but, survived and unintentionally broke the record for this crossing of the English Channel. With the right design long passages are possible albeit not to be taken lightly, but, with properly designed equipment and experienced crew, small boats are capable of achieving some remarkably long passages. 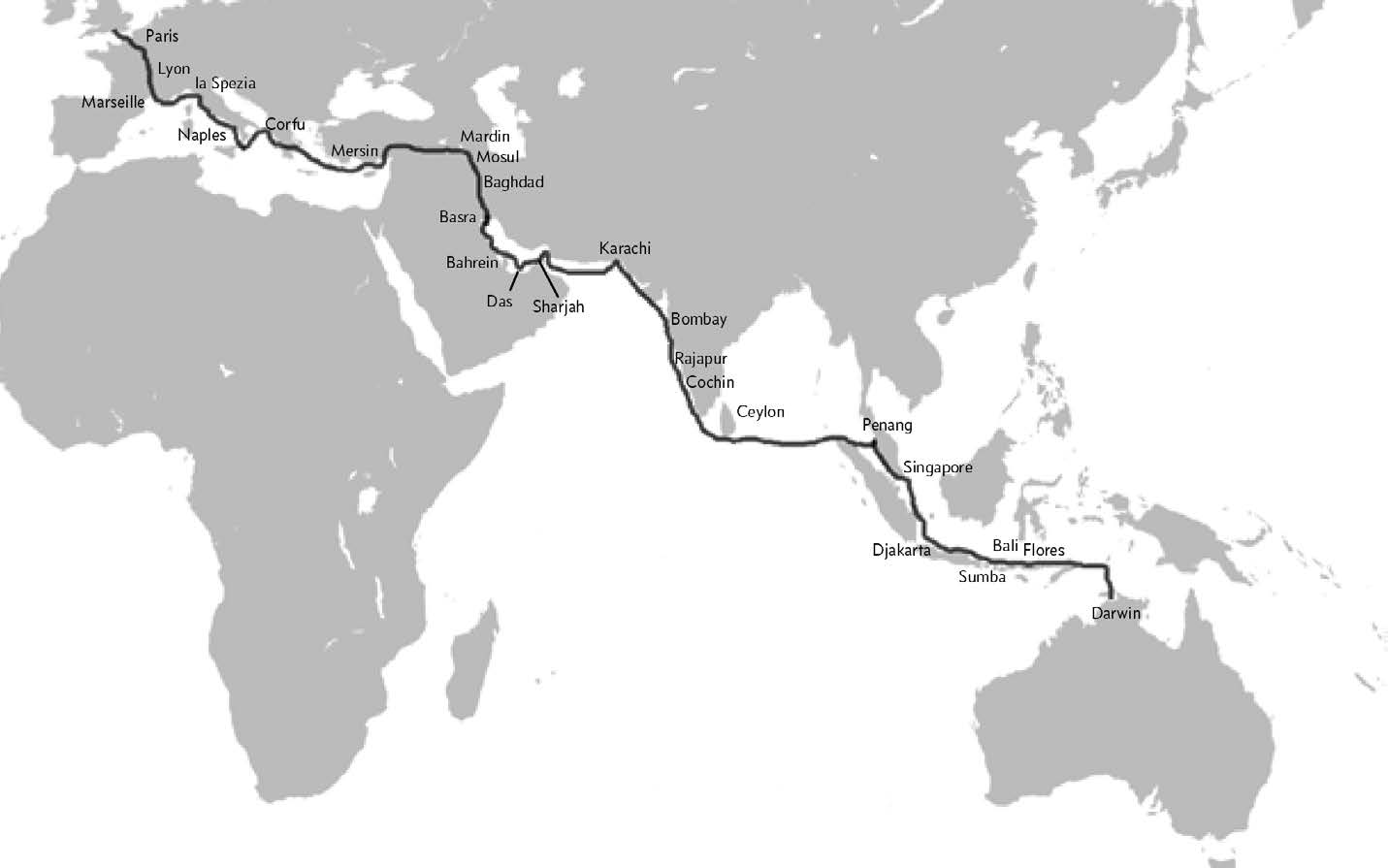 Having done both the OSTAR and the Australia voyage you’re in a good position to speak to the pros and cons of large versus small boats for voyaging. And also on nearshore versus offshore. Thoughts? Deciding which size of vessel to use, or which is best for voyaging is partially dependent on what type of voyaging you wish to undertake, along with how confident and experienced you are…plus the seas and distances you are planning to sail in. Also, of course, whether you have a crew or are going solo. For the first OSTAR I entered in 1968, I designed (with help from my father) and built a 27-foot ketch. It was completely enclosed with a circular clamp-down hatch and an ex-aircraft plastic dome to view out from. During my pre-racing trials the boat and I went through a very bad gale in the North Sea which battered us heavily for 24 hours and she and I survived (obviously) but this gave me massive confidence in her and myself to continue to the starting line in Plymouth and set offinto the Atlantic. In 1976 I again took part in the OSTAR, this time in a Moody 30. During the 42 days it took me to do the crossing I experienced many serious gales. What this taught me was that I might not survive such a voyage in an open dinghy in an ocean renowned for its weather, but that an open vessel like the Drascombe could survive long sea voyages if the passages were in parts of the world with relatively stable wind conditions. The passage from the Arabian Gulf to Pakistan, India, Malaysia and Indonesia were done during the monsoon season, where for 6 months the wind blew at little more than 10 to15 knots.