Vendée Globe - FLYING AROUND THE WORLD 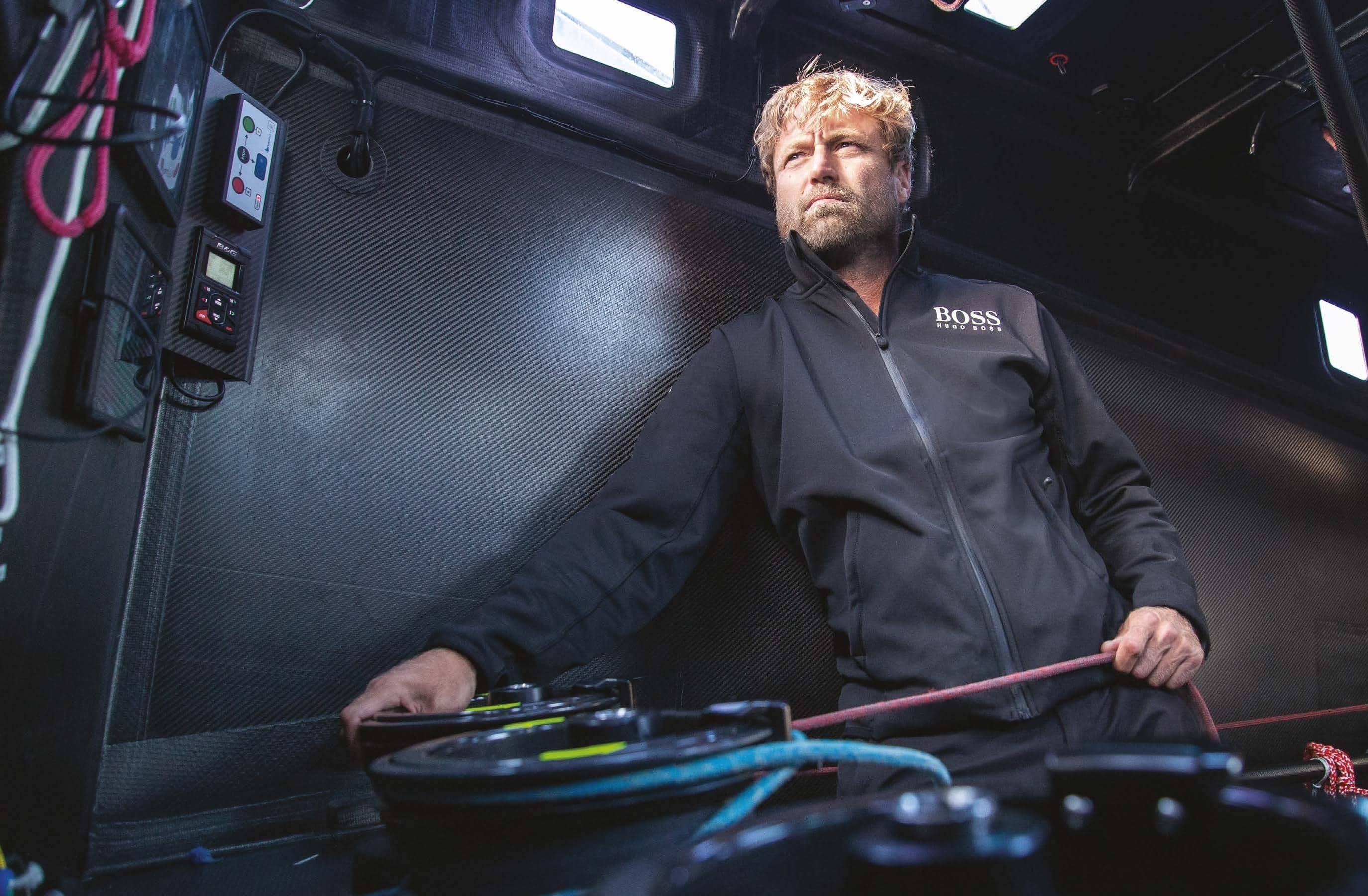 Alex Thomson
It’s been not-so-smooth sailing for Alex Thomson since he was forced to retire from the Transat Jacques Vabre last November – one year out from the start of the upcoming Vendée Globe. Back then, the 4,350nm doublehanded race from France to Brazil saw Thomson’s foiling IMOCA 60 – the latest Hugo Boss – debut in competition, but just days in, a collision with a submerged object left the 4.5m keel dangling, attached only by the hydraulic ram. In trouble, Thomson and his co-skipper, Neal McDonald, had no option but to cut the keel away and limp 800nm to Cape Verde where they were met by their shore team.

The incident had a major impact, as Thomson recalls: “Physically, Neal and I were both quite bruised and battered. We were very lucky not to suffer any major injuries.

“We were both in shock when it first happened but in a situation like that you have to re-group and make clear, sensible decisions quickly. Neal is a very calm person and he’s got so much experience in offshore sailing, so it was certainly good to have him there with me.

“I think in some ways, you’re still in shock for a while after an incident like that but in the ocean you don’t really have the luxury of panicking because you need to have a calm head, communicate properly and make good decisions.”

10 months on and, as he now looks ahead to his forthcoming 24,000nm solo circumnavigation, Thomson comes across as philosophical, his ambition clearly undiminished: “You can’t help but think about what happened, and the fact it might happen again. But, rather like a car crash, you’re in shock but you don’t stop driving a car, do you? You have to get back behind the wheel.

“I’ve learned from past experiences that dwelling on what has happened, particularly when it’s something that’s totally out of your control, doesn’t get you very far. You have to take the positives out of the situation, and for us those positives were that we’d been able to learn a lot about the boat in a short space of time.

“We had only launched the boat a couple of months before, so we had a lot of learn - and still do,” he explains. “[The TJV] was a good opportunity to get some miles under our belt and really get to grips with what we had built. Of course, we would have liked to continue in the race and keep that learning going, but the data we were able to gather has certainly given myself, Neal and the performance team a lot of insight.”

Since then, Thomson and his team have worked tirelessly to ensure Hugo Boss is race ready. This will be the fifth Vendée Globe for Thomson, and he’s determined to better his previous podium positions – finishing second and third in the 2016-17 and 2012-13 editions of the race respectively.

Already, he tells Y&Y, the new Hugo Boss can be anything up to 15 per cent faster than the previous, depending on the conditions. With so much learnt from the 2016-17 race - when just six boats, including the last Hugo Boss, made the leap to foiling - this time round, refining and then testing every design detail on the new boat has been top priority. Thomson explains: “We’ve spent a lot of time on weight optimisation as well as ergonomics, particularly in the cockpit of Hugo Boss. We’ve reinforced the structure following the collision, as well as making some changes to the ballasts. We’ve also made some developments, with the help of the team at Nokia Bell Labs, to the camera systems, the autopilot and our satellite communications. The team is constantly refining and developing the boat.”