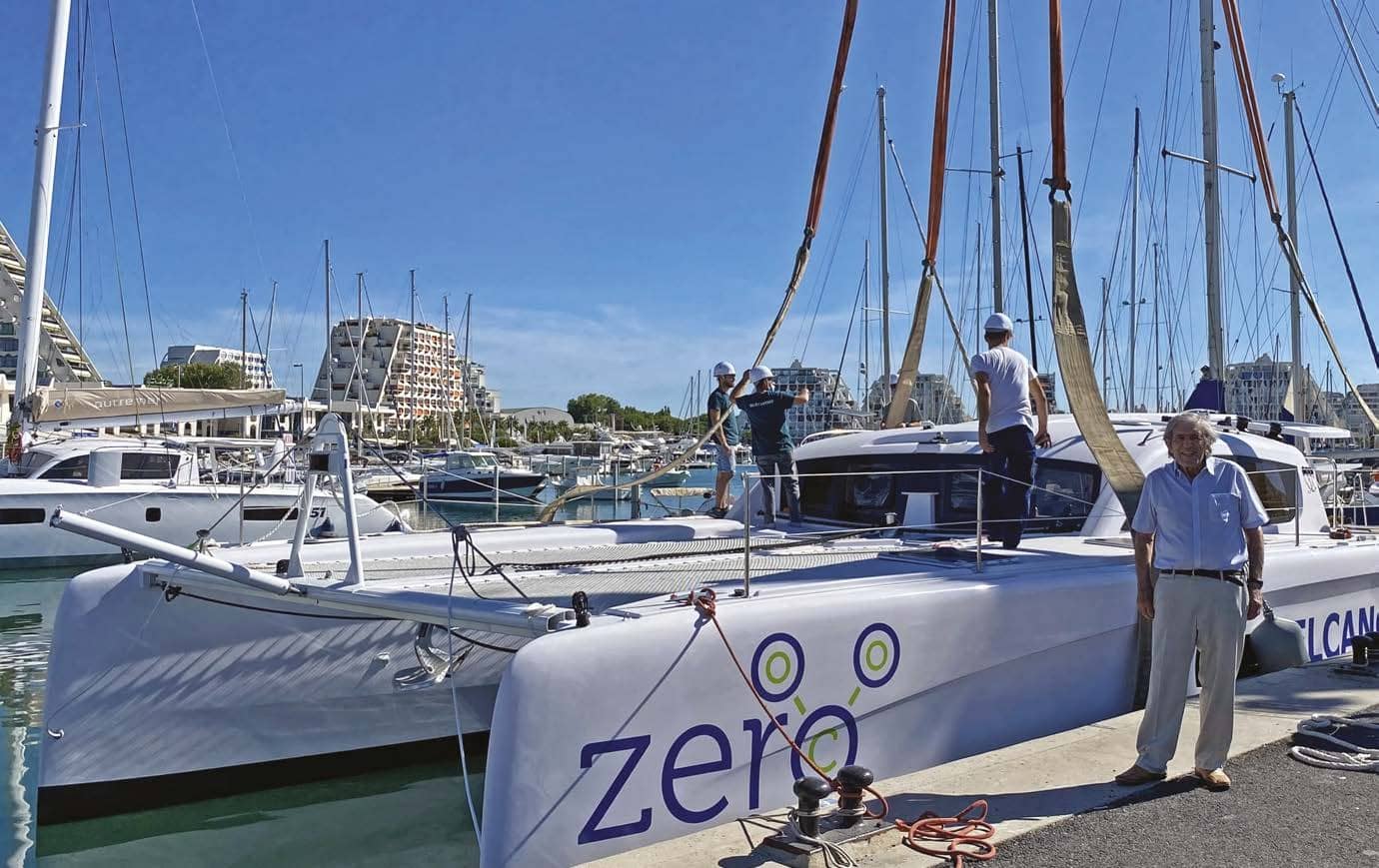 At the age of 80, Jimmy Cornell is once more preparing for another adventure – this time following Ferdinand Magellan’s route around the world. Here he explains to Sam Jefferson what makes his latest voyage so unique

Serious blue water cruising has very little to do with logic. A rational human being would look at the pros and cons and stay at home. Yet adventure cruising is about far more than common sense, as anyone with the vaguest yearning for liberty understands. It does, however, mean that it is very easy to confound such as an adventurer. I discovered this when I posed the question to Jimmy Cornell as to why, at the age of 80, he was sinking hundreds of thousands of pounds into purpose building a catamaran with pioneering electric propulsion and setting sail around the world in the wake of Ferdinand Magellan.

Anyone who has met Jimmy will know he is rarely lost for words, yet after I posed the question, there is a pause, then he blurts out; “because I want to!” Fair enough. I was minded of George Mallory’s immortal quote regarding Everest “because it’s there!”

Of course, there is much more to it than that and once Jimmy has gathered his thoughts, he explains: “This voyage is about many things; I want to prove that you can sail around the world in a boat with zero carbon emissions, I want to mark the anniversary of the first circumnavigation and, on a personal level, I don’t want to end up regretting things I’ve not done.

“I also have a very understanding family! Besides,” he reflects, “they know that if I set my mind to something, I’m going to do it.”

It is this indefatigable will and willingness to take risks that has established Jimmy Cornell as one of the most influential cruising sailors of the last 50 years or so. Born in Romania in 1940, he moved to London in 1969 and took up sailing while working as a reporter for the BBC World Service. At the age of 35 he set off on a round the world voyage in Aventura, a Trintella 36, with wife Doina and their two children. The rest is history, as they say. Since then, Jimmy established what we now know as the ARC (Atlantic Rally for Cruisers), has written innumerable books which are invaluable to bluewater cruisers, established the cruising website Noonsite, completed three circumnavigations, sailed to Antarctica and also traversed the Northwest Passage.

Yet that is the past and, on the day I meet Jimmy in the sun drenched settings of La Grand Motte in the south of France, his eye is fixed very firmly on the next challenge. His new yacht, an Outremer 45 named Aventura Zero has just been freshly launched and he is awaiting handover. His excitement is tangible as he enthuses about the new boat, which uses the framework of a standard Outremer 45 catamaran (see box for full details of this innovative vessel).

Jimmy explains the concept: “On the most basic level I wanted to do something to mark the 500th anniversary of Magellan’s achievement. In 1998 I ran a Vasco da Gama rally to mark the anniversary of that voyage and further back in 1992 I ran a rally across the Atlantic to mark Columbus’ achievement. But this time I just wanted to do something myself rather than organise a rally. I also wanted to highlight environmental issues.

“Ever since my first circumnavigation in the 1970s I’ve been aware of the huge and negative impact humans are having upon our oceans. Something must be done about it.

“What I want to do with the Elcano Challenge is show that it is possible to sail around the world in a purpose built electric boat with no back ups – no back up generator, no recharging at marinas.”