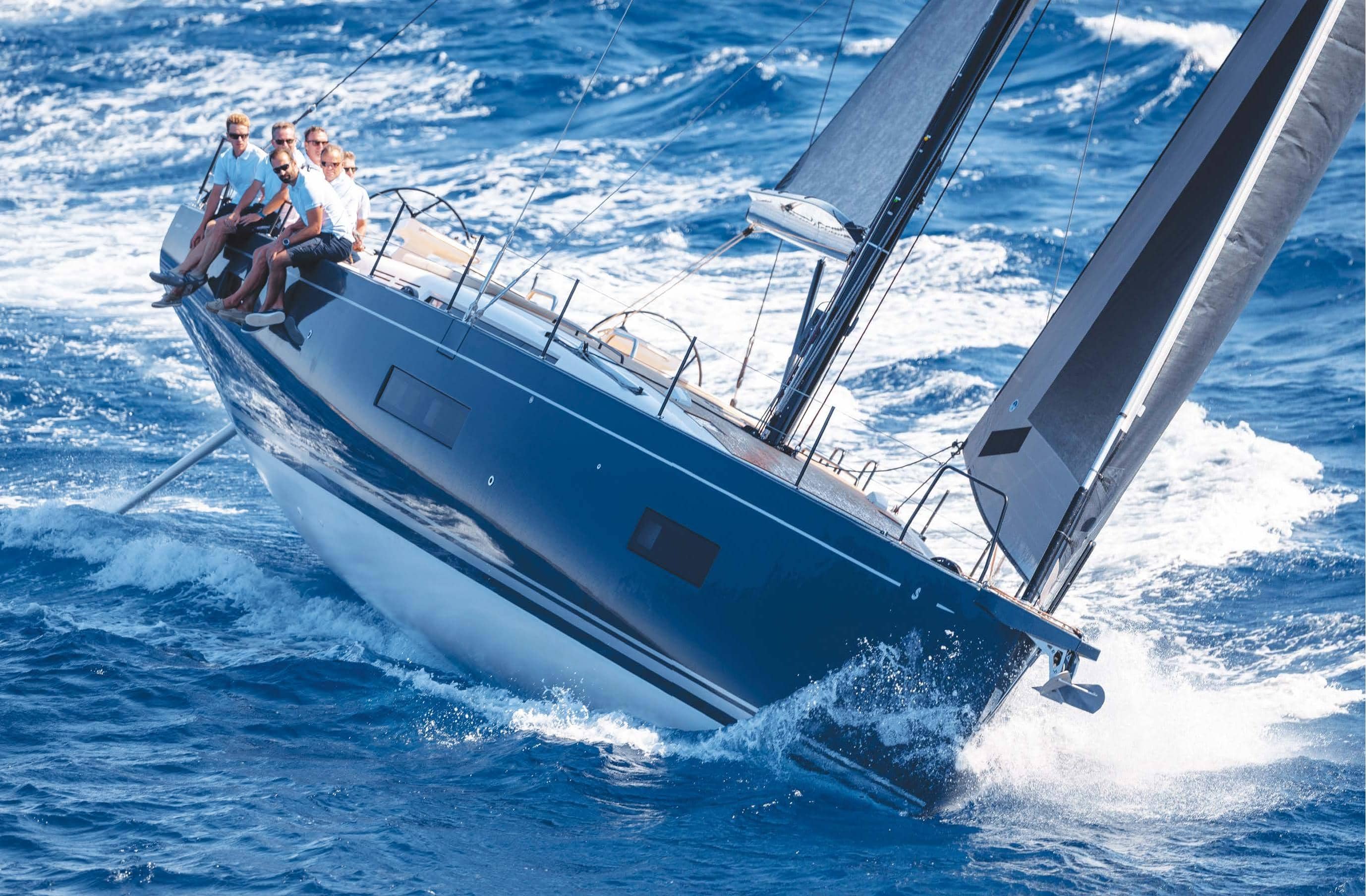 Beneteau has come over all stylish and sophisticated with its new First 53 – and the result is rather beguiling, as Sam Jefferson discovers

A few years back, in a rather different life, I worked for a multimillionaire who, having sold his company, had little else to do than travel the globe buying up property, renovating it then, dissatisfied with the results, renovate it again. Being inordinately wealthy, he also wisely opted to buy a yacht as a means of dispersing that wealth. So far, so good. Yet what happened next baffled me – he bought a Bavaria 36. Nothing wrong with that boat by the way – it’s just that if I was a multimillionaire, I wouldn’t buy that boat. You see, on some level, I must be vain and narcissistic. When I arrive in an anchorage, I want people to say: “What a beautiful yacht,” or words to that effect. So there you go – on some level, I am clearly a repressed, flash bastard. It makes me worry; given more money, am I, at heart, the sort of person who would drive a yellow Porsche? Anyway, the result on a limited budget is that I have a boat with accommodation that you virtually have to crawl into and a car that only functions properly when it feels like it. Credit to my multimillionaire friend for seeing beyond that to the practicalities of a roomy cockpit and ample headroom – although I don’t think he owns a yacht anymore. 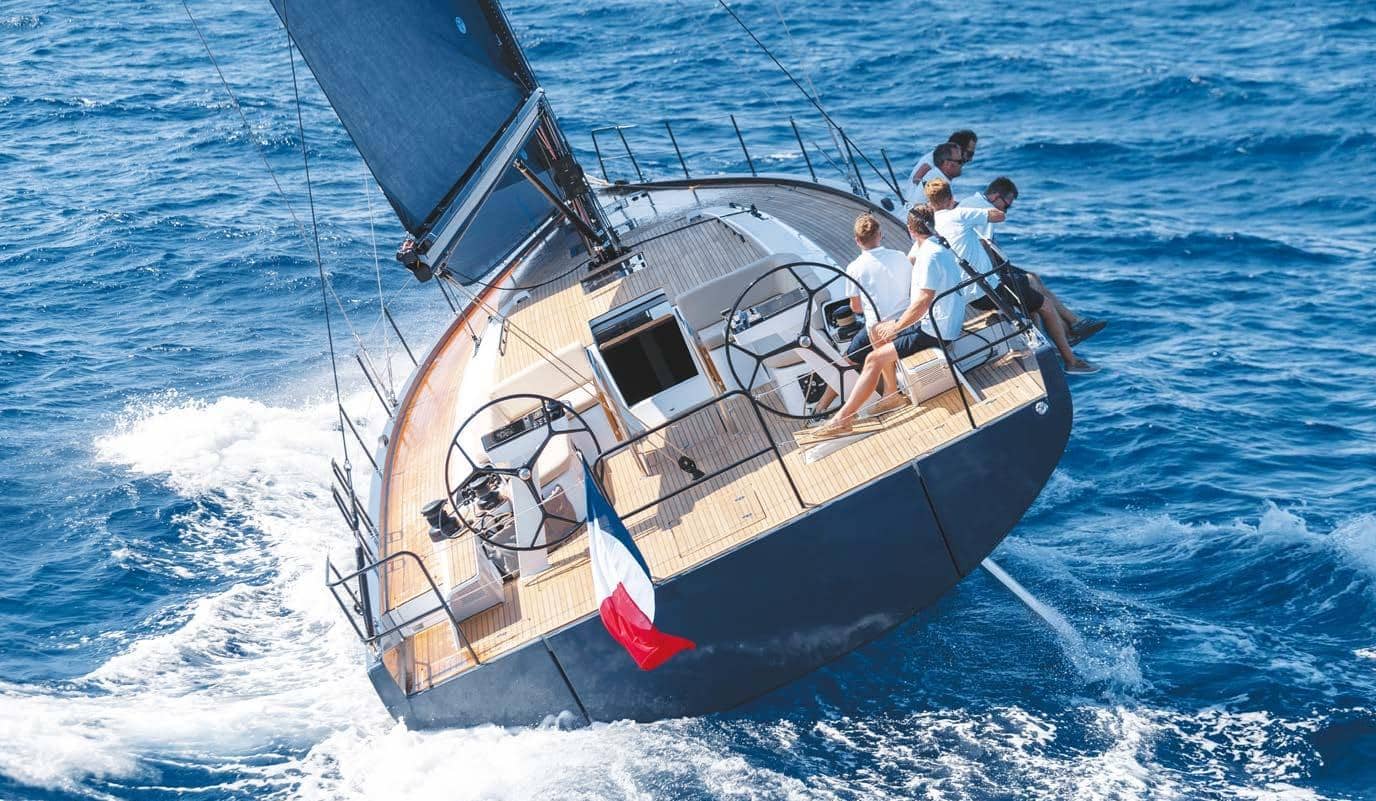 Anyway, this brings me to the Beneteau First 53. Most Beneteaus in recent years have fallen into the Bavaria 36 bracket – sensible, sane designs with the balance between form and function met in the middle. Very wise, I’m sure, but now it has gone and thrown that rulebook out of the window. The First 53 goes very heavy on the style. This is a yacht that is all low freeboard, aggressive lines, and flush decks. If we’re talking form versus function here, then form is the winner. Beneteau’s First line has a rich heritage but was rather allowed to die after the 2008 crash, when Beneteau wisely opted to take a look at the bottom line and cut away the fripperies. Well, now those fripperies are back. Beneteau has also learnt from its previous experiences with the First range. Back in the early 2000s, the boats had far too much overlap with the rest of their range, so there was a sort of unnecessary duplication. This time around, there’s no mistaking this is a different boat. If you were expecting an out-and-out racer though, prepare to be disappointed – first and foremost this is a fast and extremely stylish performance cruiser that can also be raced – but she ain’t stripped out and spartan in any way shape or form. In fact, this is a yacht that raises the middle digit to Italian yacht manufacturer Solaris and says: “Anything you can do, I can do better.” A song, incidentally, that I find so awful that I always wish that Annie had got her gun and used it to deal with the composer. 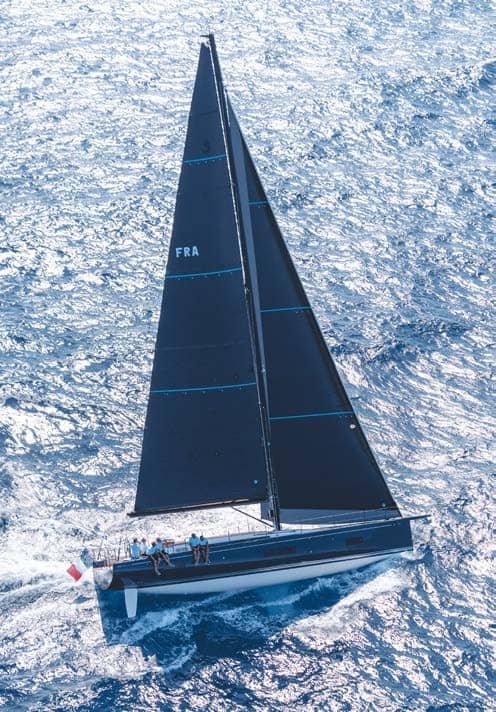