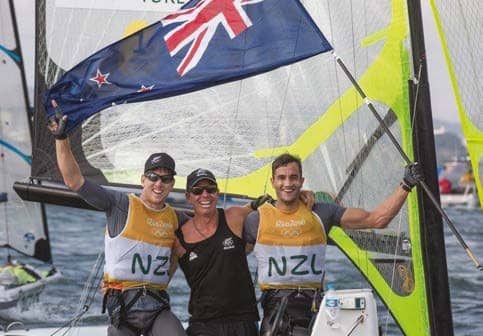 In sport, even heroes sometimes find their dreams out of reach - but focus and respect will take any sailor far

Hamish Willcox was my absolute hero when I first got into the sport in the early 1980s. Sailing with David Barnes, this dynamic duo won three 470 world championship titles in 1981, 1983 and 1984. In 1982 the young Kiwis finished third in a very windy Worlds in Cascais, Portugal, missing out on that occasion due to equipment failure.

At the pre-Olympic regatta leading up to the Los Angeles Games in 1984, Barnes and Willcox were so much faster downwind on the big old triangle sausage Olympic courses that they won some races by a whole leg, the best part of a nautical mile’s advantage.

As a squad isolated from the rest of the world, the Kiwis were coming on strong in the 470. Geographic isolation forced them to develop their own ideas, not least the application of extreme amounts of mast rake to help depower the rig in a breeze. This was a pioneering discovery that has become standard practice throughout the dinghy world ever since. Because international travel was so much more limited and expensive 40-odd years ago, the Kiwis had to make the best of their own backyard and hope that they were fast when they arrived in Europe.