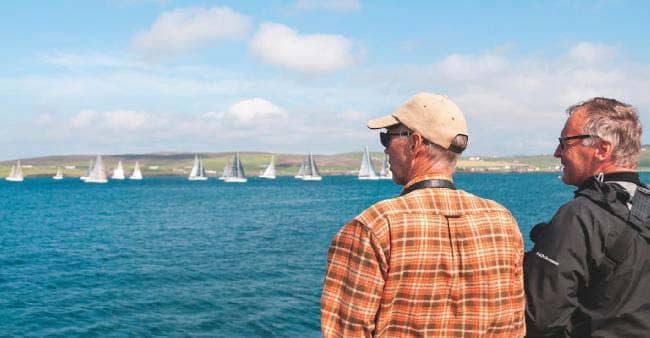 You can’t rely on the weather in Shetland

I’d just been released from post-op ‘high risk’ durance vile, and headed down to the marina as my daily exercise, sandpaper, brushes, turps and International Woodskin in hand. I got my first coat started, but the sky looked a bit dark the next day, so I took a half-bucket of hot soapy water instead, for washing out the cabin.

I was just on the ceiling when the world darkened. Suddenly there were Christmas card snowflakes whirling in the open hatch. I closed everything and kept washing, brooding darkly on snow in mid-May.

Of course we’re used to unseasonable weather. Lifeboat Gala Day, on the fi rst Sunday in June, can be anything from sizeable hailstones to sizzling heatwave. Aith Regatta, on the second weekend of July, has seen some perishing weather, especially on the 6.7 mile rowing race from Brae back to Aith. The rowers are keeping themselves warm, but the committee has to go up by water, wait around for the start, then pace the rowers back, and there’ve been evenings when whisky was the only thing between us and hypothermia.