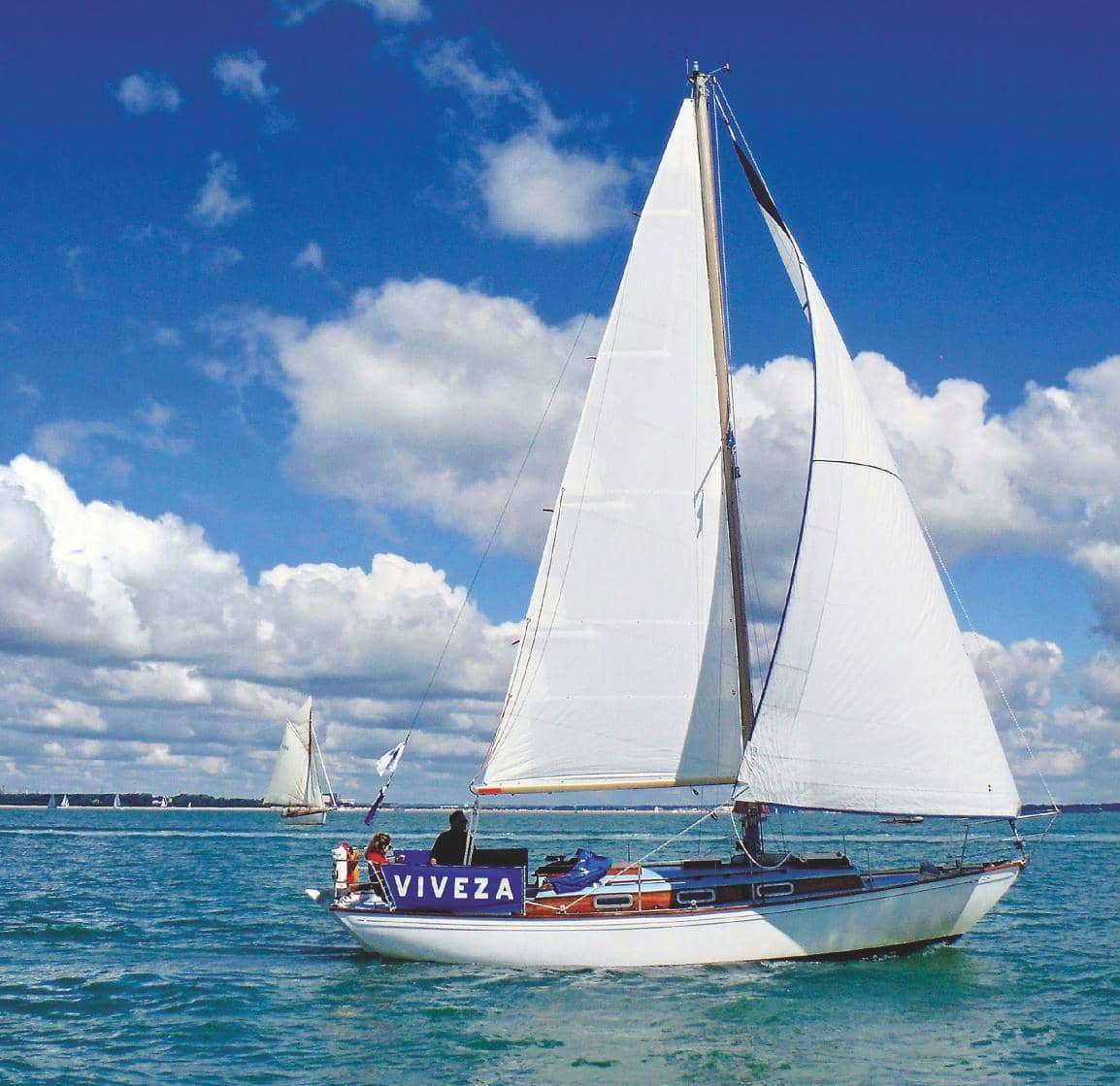 Kim Holman was one of the most successful British yacht designers of all time. His elegant creations were a dominant force in the UK offshore racing scene from the early 1960s, and his designs had an uncanny knack of fulfilling the old adage that ‘what looks right is right.’

As one of his many fans succinctly put it: “He was incapable of designing an ugly boat”. From the little Stella to mighty Admirals Cuppers like Fanfare, every Holman design is a joy to behold.

Over his relatively short career as a designer – first on his own and later in partnership with Don Pye – Holman produced around 70 designs that went onto be built. Many of the early wooden one-offs were so successful that they were built in large numbers, while the later GRP models were series-produced. So there’s no shortage of Holman cruiser-racers available on today’s market.

Holman went to Sherborne School then joined the Navy during World War II. After a spell of sail training in 32ft cutters at HMS Ganges on the river Stour he later became the youngest officer to captain a coastal minesweeper. Then, after the war, he attended Bristol University, commenting that – like many of his contemporaries – he “didn’t get a degree but did learn to drink and have fun.”

His career started in earnest at the Waldringfield office of Jack Jones, a successful East Coast yacht designer. While there, Holman had built his early ‘solo’ design Phialle and raced her successfully from 1956. Then he bought a share in Gowen Sailmakers, whose products went on to adorn a succession of successful Holman designs.

Holman’s instinctive ability to draw a pretty yacht that sailed fast and comfortably was well suited to the old RORC handicap rule. This was the pre-IOR era of the true cruiser-racer; when moderate and well-ballasted yachts won offshore races one week then cruised comfortably back to base the week after with a family crew on board. The wide sterns, broad beam and lower ballast ratios that accompanied subsequent handicap rules had yet to hit the scene and blight the true cruiser-racer that I, for one, so much enjoyed. These more modern yachts may have more accommodation, but it’s often to the detriment of easy handling, directional stability and a sea-kindly motion.

The ever-popular Stella class was Holman’s first move into a series production design, albeit a wooden one. AE Bird, commodore of Burnham’s Royal Corinthian Yacht Club, wanted a one-design cruiser-racer that would follow the Folkboat’s lead – but with the increased accommodation of a 26-footer. The design should be able to race successfully but also offer East Coast sailors the ability tocruise estuaries or pop across the North Sea in comfortable safety.

Tucker Brown built Bird’s prototype in a hurry and La Vie en Rose was ready just in time to race at Burnham Week, going on to win all seven races in her handicap class. Holman had designed a winner and other builders soon joined in the party to satisfy the instant demand. By the mid-1960s around 100 had been built and, to this day, large numbers of Stellas take part in classic regattas run by Suffolk Yacht Harbour.

The equally pretty wooden Sterling 28 (19 built; mostly by Holman’s brother Jack at his JW & A Upham yard in Brixham) carried on the tradition of an ‘overgrown Folkboat.’ With its raked transom, sweeping sheer, low coachroof and long keel it performed well and further enhanced Holman’s reputation.

Holman moved into the world of GRP in 1960. Lymington boatbuilder Peter Webster saw a place in the market for a pretty and economical cruiser-racer and headed straight for the Holman design office. The result was the exceptionally pretty Elizabethan 29.

She had a long keel and graceful overhangs that included a counter stern rather than Holman’s customary angled transom. The split height coachroof provided headroom around the galley and navigation area and good space in the saloon, amidships heads and fore-cabin.

The internal finish on exposed GRP surfaces was not as pretty as on a wooden yacht, but it did its job and kept the price competitive.

I was lucky enough to crew regularly on cross-channel JOG races on my uncle’s Liz 29 and, despite my tender years and limited offshore racing experience, enjoyed every minute. Our runs ashore in French ports in search of duty free fags, lively bars and elusive ladies were a highlight of every JOG race; even if my uncle abstained from such frivolities.