The search for an accessible boat 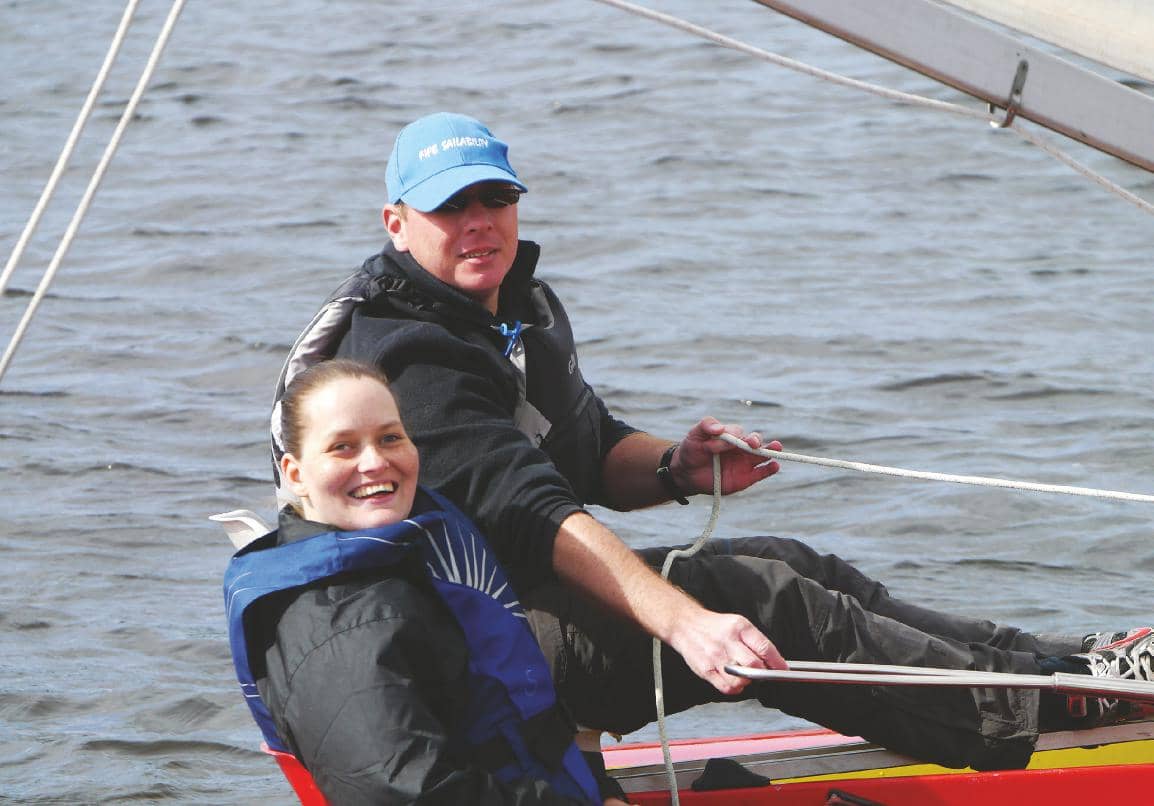 I’m a member of Port Edgar Yacht Club, and like most clubs and recreational sailors, our default position regarding charities has always been to support the RNLI. Everyone loves the RNLI, and some of us have had the misfortune to be towed back by them. For me, nothing life-threatening, fortunately – just a rather embarrassing engine failure on a strong ebbing tide when there was no wind to enable us to sail to safety. It’s hardly surprising that proceeds from our jumble sales, raffles or donations of any kind went straight to this wonderful organisation.

So when one of our members suggested that the proceeds of the raffle go instead to Fife Sailability one year it came as a surprise. Most of us had neverheard of the organisation. So he raised awareness of the club and started a journey for me that began with a visit to see them in action, which ultimately led me to becoming a trustee of the charity and then its chairman.

Fife Sailability, based at Lochore Meadows, was founded in 2012 by Merrick Yates and Neil MacDougall with the purpose of teaching disabled people to sail. It attracts people from Edinburgh and the Lothians as well as Fife, Perthshire and beyond.

The area was home to several coal mines in the 19th and early 20th centuries, and after the last of these closed in 1966, restoration work to create the country park began. Today it’s a beautiful recreation area. The loch, with a surface area of about 110 hectares, is shared with many other users, from families to St Andrews University students, who row and match-race on the water. The prevailing westerly provides an onshore breeze at the pontoon. By inshore sailing standards it’s quite true, steady and well suited to sailing our Challenger trimarans.

While the club now has considerable assets including a powerboat with a 100hp engine, Neil and Merrick started out with just two hired Challenger trimarans. The Challenger was designed by Rod McAlpine Downie in 1979 to allow those with disabilities to sail and race on equal terms with able bodied sailors. With a Portsmouth Handicap of 1185 it has more of the sailing characteristics of a monohull than a catamaran, though it’s still very easy to get stuck in irons if you don’t get the tack right.

The Challenger is ideally suited to wheelchair users or those with balance issues as it doesn’t heel over or capsize. Some wheelchair users can slide aboard unaided while others are transferred with a hoist. Once aboard it is rather like sitting at a desk with all the sail controls in front of you. I believe they can be fitted with an electric sheet winch for those who lack upper body strength but we have no experience of them. Cleverly, the boom vang is kept out of the way and the boats can be gybed with no risk to the helmsman. Those who can sail just need push off from the jetty and away they go. Getting back alongside is sometimes a little tricky and we usually have someone standing by with a long boat hook. Less experienced sailors and beginners can have a co-driver along on the buddy seat. The buddy can do as little or as much as the helmsman requires; some will just need to be given advice while others may need a little extra muscle to help with the sail trim.