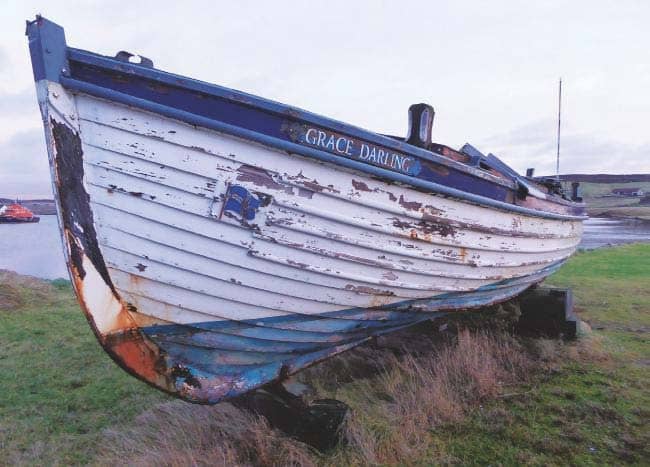 There are two boats on the hard beside our marina now that have been left behind. The older one is an open motorboat: Grace Darling, former tender to the Muckle Flugga Lighthouse. It’s Britain’s most northerly, and another of the ‘impossible’ lights that the Stevenson family erected around our coast.

Muckle Flugga is a series of slanted, jagged rocks off the coast of Unst, and in wild weather the sea crashed right over the lighthouse. It’s automated now, and the shore station is a visitor centre for the nearby bird reserve of Hermaness, but in the days when it was manned Grace Darling took the relief keepers out to the Flugga, and brought home the men who’d finished their shift. She was built to withstand serious weather, restored by the late Jamie Johnson, and acted as guard and committee boat at several regattas.