The amazing history of rope 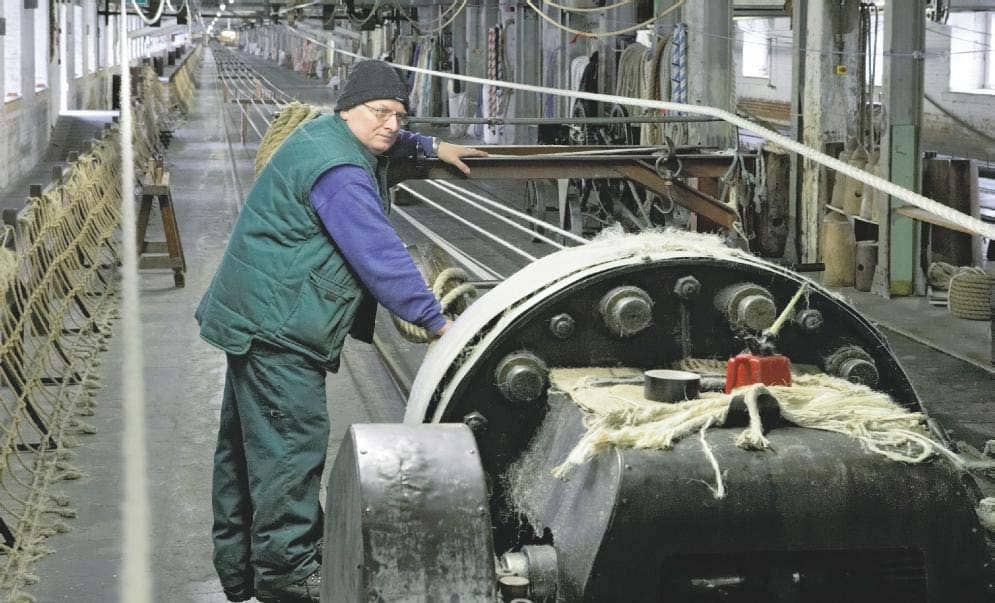 Do you know your hemp from your manila and the surprising qualities of Dyneema? Roger Hughes untangles the mysteries of rope

Roger Hughes
While I was looking into buying some new running rigging recently for my schooner, Britannia, I started to consider some of the newer ropes which are now available. Some of these, such as Dyneema, can handle unbelievable loads which conjure up absurd scenarios. Britannia weighs about 44,000lb (20 tones), so theoretically a single 5 ⁄8in diameter 12-strand Dyneema (about as thick as a finger, rated at 58,000lb), could lift the whole boat!

I’m not thinking of putting this to the test, but it serves to illustrate the advancement of modern ropes.

Yet rope is one of the oldest of human tools, used long before recorded history. Drawings in Egyptian tombs from 6,000 years ago show rope that would have been used to haul the massive blocks that went into every pyramid. And evidence of rope goes back a lot further even than the Egyptians. Fossil fragments have been found in caves; carbon dated from 17,000 years ago. If you killed a large deer, which then needed two men to lug it back to your cave, you might tie its legs to a strong tree limb and carry it between you. ‘Tie’ being the operative word here, probably with some tree creeper or fibrous grass. Individually this might not be strong enough, but it could be made stronger by simply winding two or three strands together, and you’d have a rope. Originally, this was exactly how ropes were made, by intertwining various plant fibres. The Chinese were the first to perfect the superior hemp fibres to make rope, around 2,800BC.

Hemp is a rapid-growing fibrous plant, a species of the abacá banana family, but not to be confused with its marijuana cousin. The long stem is flayed to remove fibrous membranes which are then dried and woven into rope. Manila rope is als omade of hemp, but so named because Manila, in the Philippines, was a major growing, manufacturing and shipping port. Ropes were also made from coir fibre, from the outer fibres of coconuts because it’s waterproof and one of the few natural fibres resistant to saltwater. Sisal rope is also a plant fibre, from the agave plant, which has long leaves from which the fibres are extracted.

The actual construction of rope hardly changed over these millenniums. Even as late as the 18th century, the same base fibres were still being laid-up along ‘rope walks.’ These were often simply a long open lane, but which might also have a covered roof. 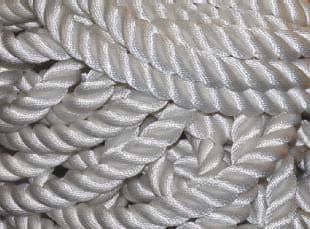