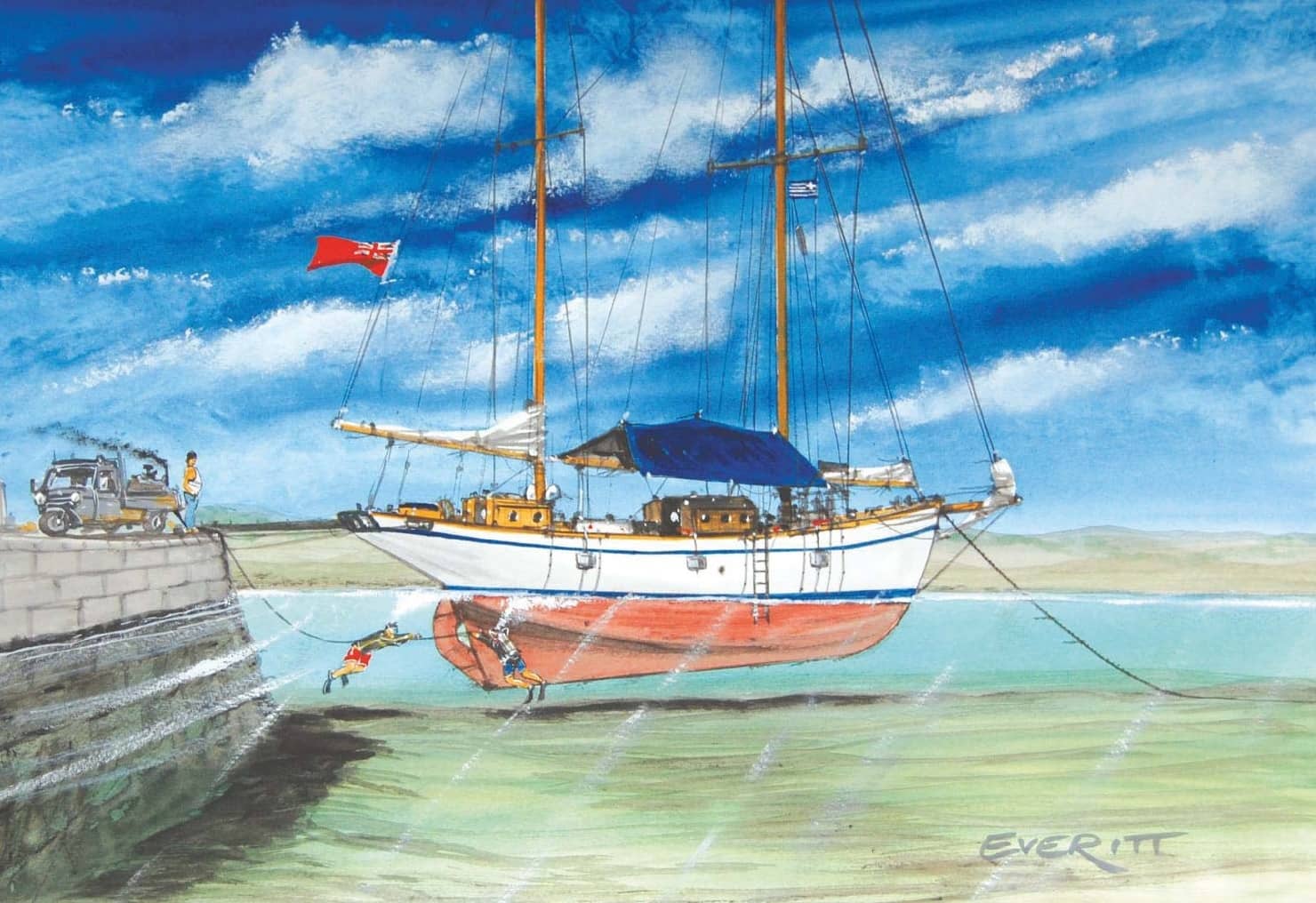 Peter Davies
I looked up through the Aegean water to see wavy faces peering at me. I was at the bottom of Pythagorio harbour, Samos, wearing diving gear and holding a large adjustable pipe wrench. The water was clear, and it was easy to see my task, which was to remove part of a broken propeller shaft. It seemed that the tourists on the quayside could also see me clearly working under water. 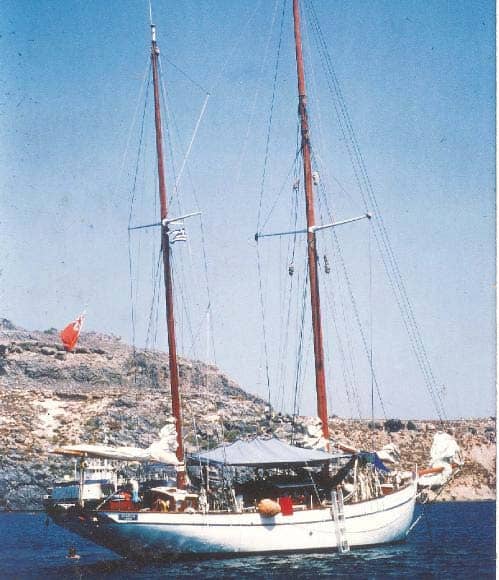 The day before, when leaving an anchorage in the nearby Greek Fourni islands, an ominous clunk had preceded a rapid increase in engine revolutions. I backed off the throttle and turned the wheel to steer towards the entrance of the anchorage. The wheel jammed and the rudder appeared to be locked in a fixed position. There was no response from the engine which, although running normally, was not moving the yacht.

We had been anchored in the bay overnight with a family of charterers on board who were due to leave us the next day in Samos. The loud clunk occurred just as the anchor came aboard and the engine was put in gear to motor out of the bay.

Fortunately, we were still in the middle of the bay and I ran forward to let the anchor go into the crystal-clear water. After considering the situation I found a snorkel and mask and hung the swimming ladder over the side.

Once in the water, it was easy to understand what had happened. The propeller shaft had broken within the stern tube. The propeller, with some of the shaft attached, had slid out and wedged into the aperture in the rudder, preventing clearance for it to move from side to side.

I was captain of the beautiful wooden 60-foot charter ketch, Kalena. My wife was the cook and there was no other crew. We were due to drop off this charter the next day at Pythagorio and pick up a large family the day after who were to be shared between us and another similar charter yacht. We knew the crew on the other yacht well and radioed to see where they were and if they could help. They were too far away but we arranged that if I could sail to Pythagorio for the next day they’d at least be able to tow us into the harbor. They’d also try to find another yacht to take our half of the new charter as it was clear we were going to be out of action for a while.

I thought that if I could free the rudder we could sail out of our anchorage and head for Samos. Our charterers were understanding and keen to help. I prepared a rope, tied one end to a deck cleat and dropped the rest over the stern near the rudder. I found a hacksaw and slung a scuba tank and mask over my shoulders. Once in the water, I tied the rope securely around the propeller and started to saw the stainless-steel shaft which was stuck at a slight angle between the stern bearing and the propeller. My plan was to cut the propeller free with a section of the shaft still passing through it and then haul the propeller on board, freeing the rudder.

It was surprisingly easy to hacksaw underwater as the water lubricated the cut. Just as the scuba tank emptied, the shaft broke clear and the propeller fell to the bottom. The charterers on deck were then able to haul the propeller on board. The remaining part of the shaft remained jammed in the stern tube.

There was no wind in the anchorage, so sailing out of the bay was not an option; we would tow Kilena with our outboard equipped inflatable Zodiac out into open water and hope for wind. One of the charterers volunteered to drive the Zodiac. He was not experienced and somehow managed to rip open one of the Zodiac’s air chambers on a shallow rock near the shore. I tied the half-inflated Zodiac tightly alongside and slowly motored out of the bay with my wife steering Kilena. 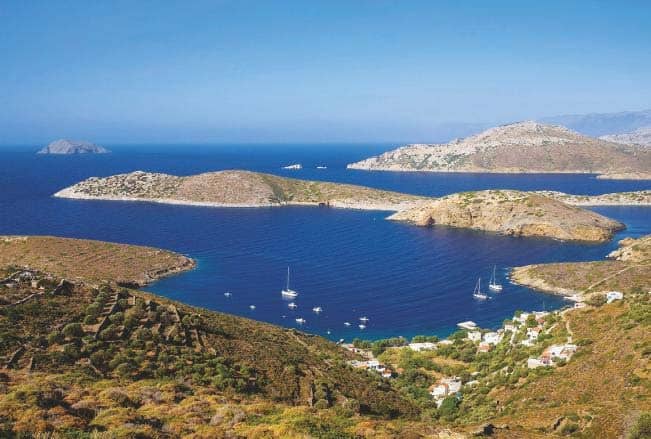 Once clear of the land, we hoisted the Zodiac on board and set some sails to catch what little wind there was. It was glassy calm with the odd zephyr rippling the surface here and there.