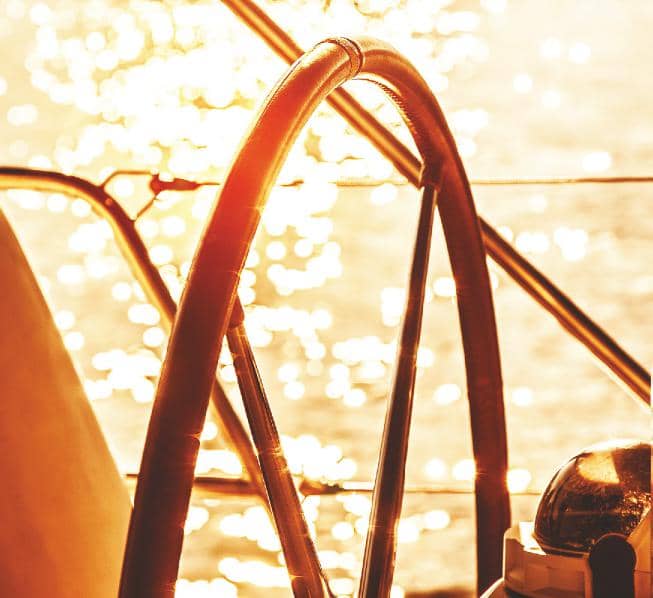 One of the joys of the season has been Dahlia’s new cockpit fit out. There is the experimental cork deck, currently under test from boots, tea, Scottish wine and diesel – full report in later issues. There has also been a modification to the steering wheel, an object made of hand chilling steel, which we have clothed in a leather cover. The cockpit is now a symphony in pale blue 1970s gelcoat, cork, leather, and, alas, the pink insulating tape that marks the midships point of the wheel.

This is horrible. But such a mark is vital on a ketch for detecting how much weather helm you are getting so you know how to trim the mizzen.

It would also be handy for reversing into marina slots, except that you might as well wave a wren’s feather as try to steer Dahlia astern, and besides, marinas are nasty things, with the funk and soul of supermarket carparks. Anyway...

What was going to set off the new cockpit, the committee decided, was a Turk’s head to replace the pink tape. During the Winter of Knots a few years ago we used to tie some big ones. In the intervening years the process has slipped the mind. Still, we told ourselves, knots are purely a matter of maths.