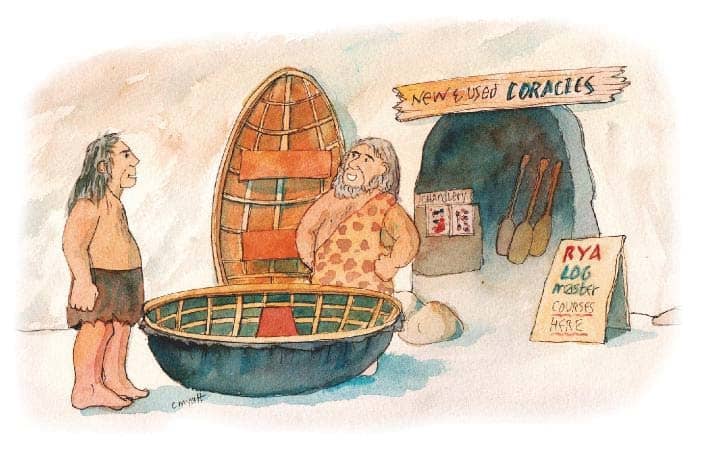 Leisure sailing is older than you think. Three days after early man stopped breathing through gills and stood upright there was an evolutionary breakthrough with the introduction of the RYA’s very first Day Skipper course. Although only a theory course – as Westerly wasn’t quite ready to go into production with the 22 – it created a yearning to return to the sea which endures to this very day. Thus did civilization begin, and golf came shortly after that.

The rest is history. The RYA devised a Day Skipper practical course, which led to the opening of chandleries selling tea towels printed with the Rules of the Road and Britain’s total domination of the seas forever.

Yet, in its very infancy, leisure sailing could so easily have foundered. For with Westerly 22 still on the drawing board they decided to produce a stop-gap model made out of leather from very big cows. But just 20 minutes after the early man had set off in his Westerly Coracle along the Jurassic coast to take part in Cows Week one of them wanted to go to the loo, and decided to dig a hole. You can guess what happened next. They didn’t discover America.