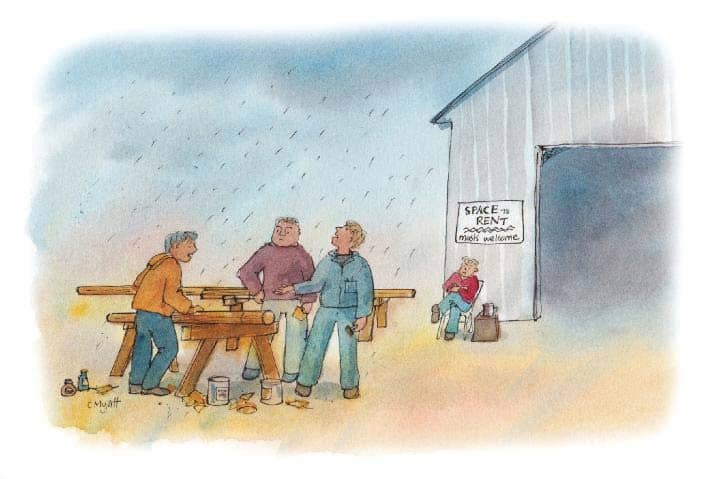 The tricky problem of getting wood to shine

The dark arts of varnishing are easily explained by the study of wooden-boat owners who, as a breed, are characterised by their general reluctance to get their boats wet, on account of them being prone to sinking, which obscures the gloss finish they’ve laboured so hard to achieve. In spite of this, they just can’t help themselves varnishing.

It’s known as Seasonally Affected Repetitive Varnishing Hyper Activity Disorder (SARVHAD) and there’s been a major outbreak in my local boatyard where I just happen to have a 60ft by 20ft boatshed with space available at rates so criminally low I don’t how I do it. Now you would think, wouldn’t you, that a 60ft boat shed is ideal for varnishing masts up to 59ft long, but that’s not how SARVHAD works.

The most common symptom is that even mild sufferers have a poor grasp of economics and think they’re better off varnishing a 59ft mast right outside my empty 60ft boatshed, which is insensitive and foolhardy because, as everyone knows, yacht varnish was originally developed from fly paper and has over the years been constantly improved by top marine chemists to attract flying insects as big as hedgehogs.