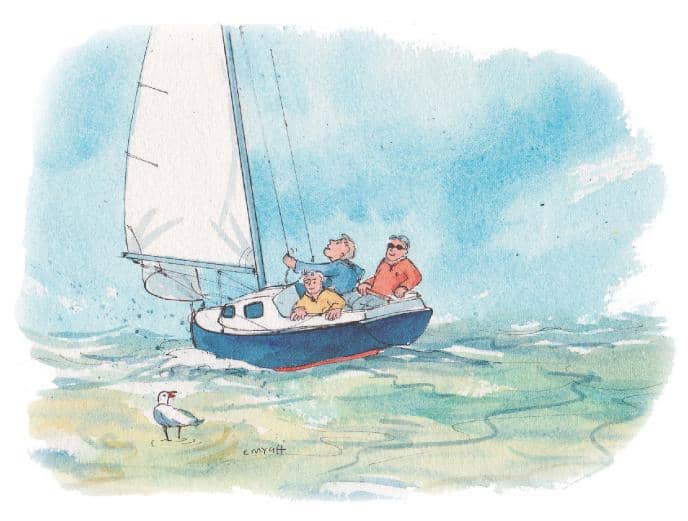 Yes, we might have taken the boat, but it wasn’t exactly stealing, Your Honour

I’m no expert in maritime law, but I don’t think it’s necessarily stealing if you untie a boat and go for a sail when the owner’s not around. Now hear me out.

If, by way of example, you undertook such a venture under cover of darkness on a moonless night... well, that might, on the face of it, look a bit suspicious and you could get banged up. But that would be a terrible injustice, as in this particular case it’s the boat’s owner who should have gone down for criminal negligence.

You see the boat in question had no nav lights, so we were forced to borrow it in broad daylight. I know that’s how the law works because as a result of earlier misdemeanours I’d avoided a custodial sentence by going on a course. It was worse than prison but I did get a Day Skipper certificate.