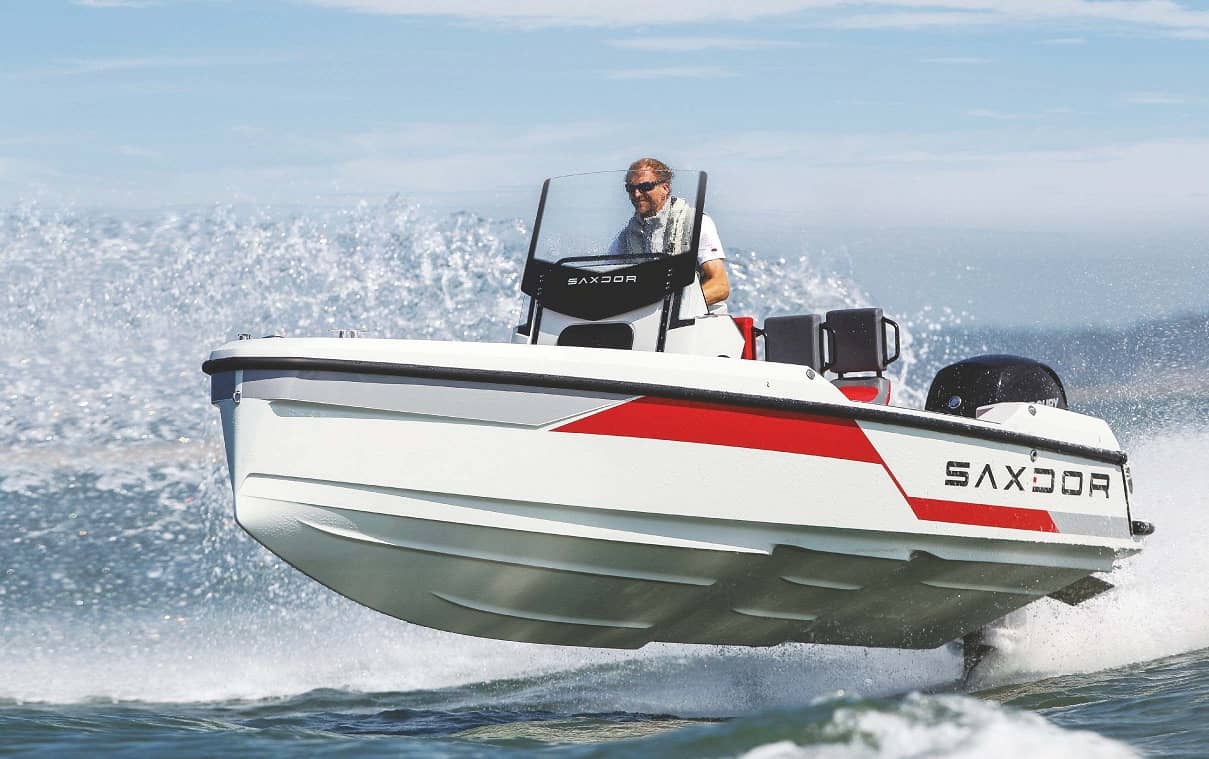 The 200 Sport caught our attention with its bold looks and scarcely believable asking price, but how does it perform on the water?

Very rarely do we feel the need to have two boat testers on the same sea trial, but for the Saxdor 200 Sport we made an exception. That’s partly because the dealer had two models in stock with different engines but mostly because neither Jack nor I wanted to miss out on such an exciting and innovative new craft. You can make up your own mind after reading this but judging from the two models Saxdor has shown us so far (the 200 and the 32), it looks like being the most exciting new brand since Axopar burst onto the scene in 2014 – and we all know how well that turned out.

Perhaps that’s hardly surprising given that the man behind Saxdor, Sakari Mattila, was also one of the founding partners of Axopar before cutting ties with them and setting up Saxdor as a completely unrelated company. That said it’s not hard to draw parallels between Saxdor and Axopar; they are both Finnish-owned and built-in Poland, with edgy styling, vertical bows, outboard engines and competitive prices. Very competitive in the case of the Saxdor 200. This 20ft sportsboat, complete with a 100hp Mercury engine and a standard spec that includes nav lights and an adjustable windscreen, retails for £22,158 inc VAT on the water in the UK. That’s less than the cost of a hydraulic passerelle on a Princess V55! 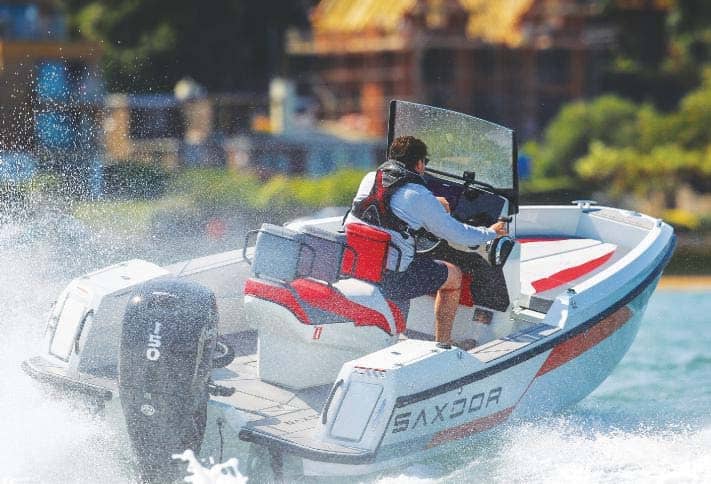 So what does your money buy and how has Saxdor managed to make it so affordable? The starting point is a tasty looking twin-step hull with a slender beam of 7ft 6in and an unusually sharp deadrise angle of 22.5° at the transom. This is quasi-race boat territory compared to the 8ft-plus beam and 16-18° you’d normally find on a 20ft sportsboat. It’s also exceptionally light at 780kg, excluding engine, or roughly 1,000kg with engine, fuel and a few stores on board – again fully half a tonne lighter than a typical 20-footer. That means strong performance and impressive fuel consumption. It also makes it a lot easier to tow, launch and recover using an ordinary family car rather than a hefty 4x4. 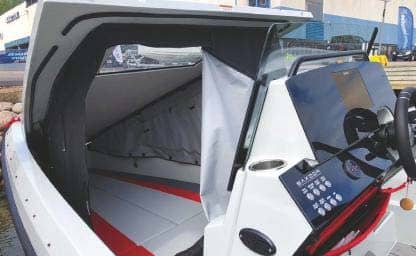