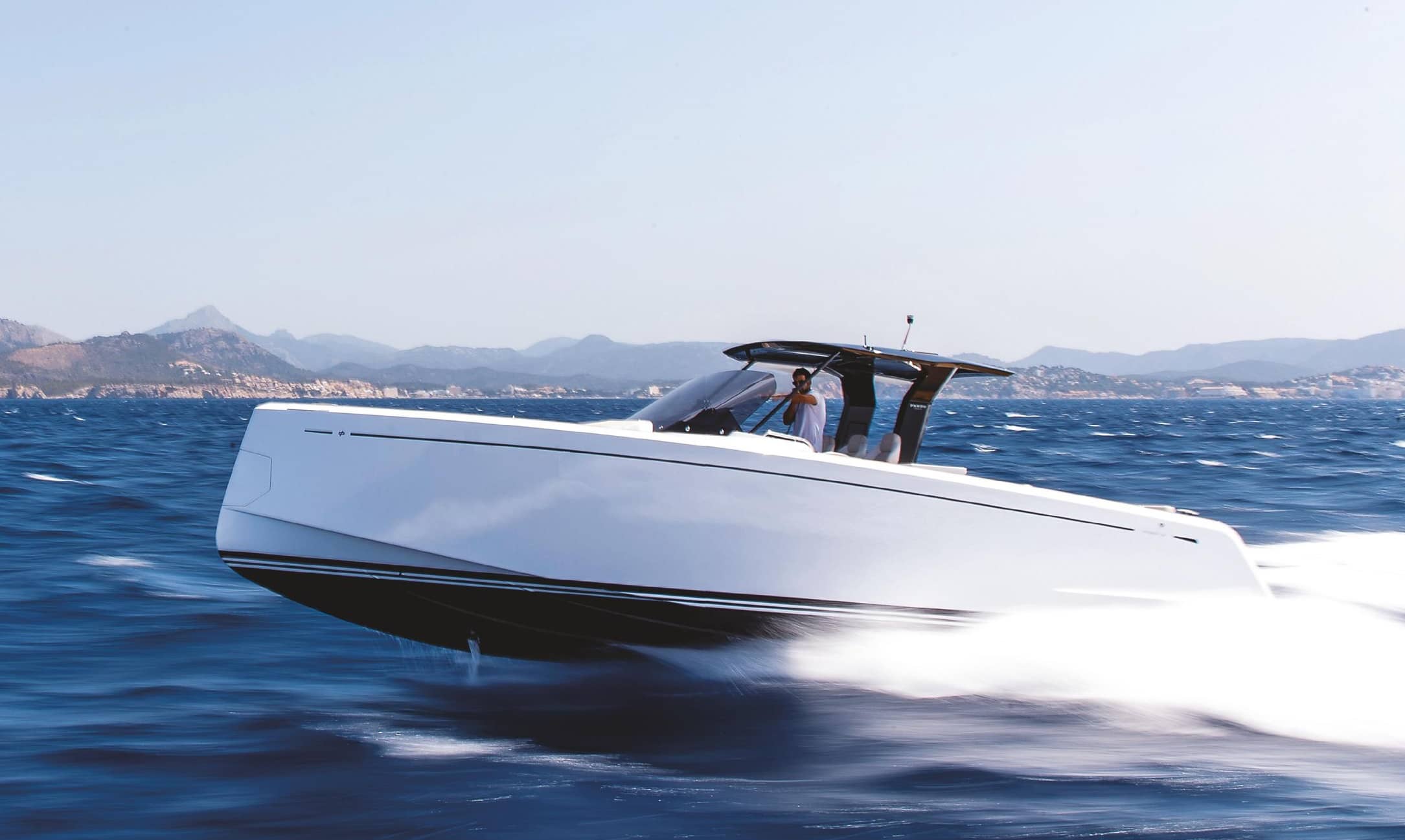 The Cannes Boat Show was bursting with new walkaround day boats; can the Pardo 38 stand out in an increasingly competitive sector?
Jack Haines

Within the context of the current boom in T-top deck boats, Pardo was ahead of the curve. It had already launched it's 43 and current flagship 50 and this year’s Cannes Boat Show saw the debut of the smallest boat in the range, the 38.

Negotiating the chaotic show space on the way out to sea I was glad of the 38’s compact size and the ease of control from the sterndrive joystick and Volvo Penta’s silky throttles. With 740hp on tap from a pair of D6 370s, the boat reacts obediently, and with such an open deck and great view from the helm, it’s a dream to guide through traffic. This is the middle of three diesel options, starting with twin 300hp D4s and topped by twin 440hp D6s for a top speed of 45 knots – but the array of propulsion options is dizzying. The standard set up is twin 280hp V6 petrol sterndrives but you can also go the outboard route, starting with twin 300hp, then twin 350hp before finishing with triple 350hp for the real speed freaks. 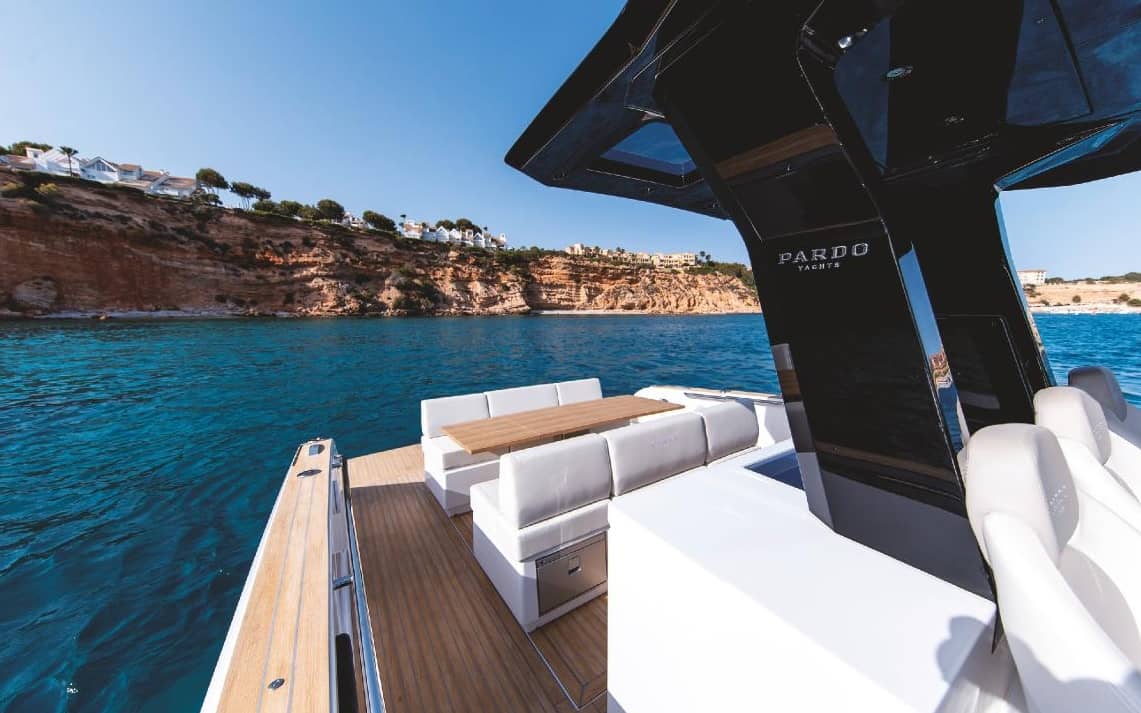 The D6s we had onboard provides a great balance, with near 40-knot performance, but thanks to a 1,000-litre fuel capacity the boat has the ability to cruise 250 miles at 25 knots with 20% reserve. That 25-30 knot threshold is a real sweet spot for the 38, at this speed, the motors are still a way off full load so they’re reasonably hushed and don’t disturb conversation but you are still covering ground at a good rate. 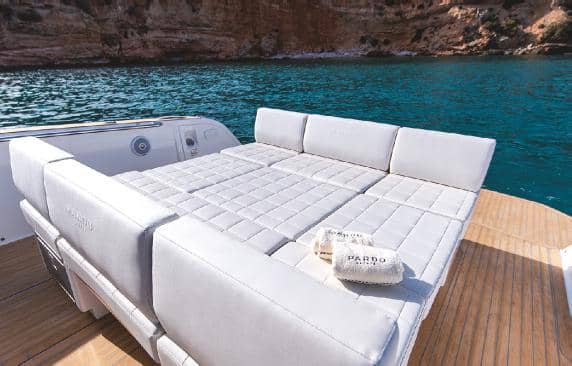